Closed Last Summer, Brillobox is Set to Make a Comeback This Fall

COVID-19 wreaked havoc on the restaurant industry, but for one Bloomfield bar, there may be a light at the end of the tunnel. 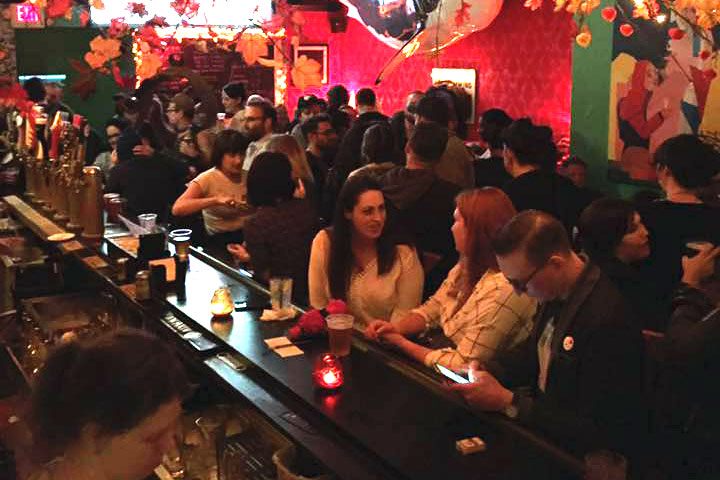 As the pandemic tore through the early months of lockdown, Pittsburgh’s topography shifted. Many businesses closed or were sold, including Oakland’s Original Hot Dog Shop — a 60-year-old staple affectionately called “The O.” In December 2020, the Pittsburgh Business Times released a comprehensive list of local eats that couldn’t stay afloat, many of which cited complications from the pandemic and in some cases, insurmountable debt.

But it looks like one Bloomfield bar may bring a touch of anastasis to the city food scene’s altered landscape.

Brillobox, a popular bar and music venue well known for its vegan and vegetarian options, announced last August that it would be closing for good after 15 years of business. But a few cryptic social media posts culminated with an announcement on Aug. 10 — about a year after the closure — that the Penn Avenue pub will return in the coming months.

“Brillobox plans to reopen this fall. We will take whatever measures to keep our employees and friends safe. Thank you for being patient. See ya soon,” said a post on Brillobox’s official Facebook page.

Fans of the venue saw its closure as a profound loss to both the food and music scene. It had established itself as a popular indie-rock spot that embraced bold concepts and rookie performers. Hundreds of people mourned its loss in comments posted to the pub’s Facebook page following its post last year: “We are wrapping it up. We appreciate everyone that has been a part of Brillo, over the years. It’s been a great time, but it’s time to move on.”

Josh Verbanets, the guitarist and vocalist for the local band Meeting of Important People, wrote that Brillobox was where his “little music community developed,” according to a Pittsburgh Magazine article printed last year.

“A huge thanks to Brillobox for some of the best memories of my life, and sending positive thoughts that its owners & staff will come back with new concepts and businesses to delight Pittsburghers in this difficult world,” he wrote.

The venue’s announcement this week also surprised Pittsburghers because Brillobox went up for sale last summer. But on Aug. 5, the Business Times reported that the ownership repeatedly turned down offers to sell and was listed as a recipient of the federal Shuttered Venue Operators Grant program administered by the Small Business Administration. Brillobox is to be awarded a grant of $245,000, according to a database cited in the Business Times article.

On April 29, Brillobox posted a vague, “Maybe?” to their Facebook wall, prompting fans and patrons to speculate in the comments that a grand reopening might be in the cards. And, it seems, they were right.

But with things still in flux — a consequence of a recent uptick in COVID-19 cases reported across the country — the bar’s owner says anything is possible.

“The pandemic is captain of this ship,” said Lou Ickes in an email. Ickes was a longtime bartender at Brillobox who, along with Janessa Walter, bought the establishment from his brother-in-law in 2016. “We will see where it takes us. I will take whatever precautions to keep customers and staff safe.”