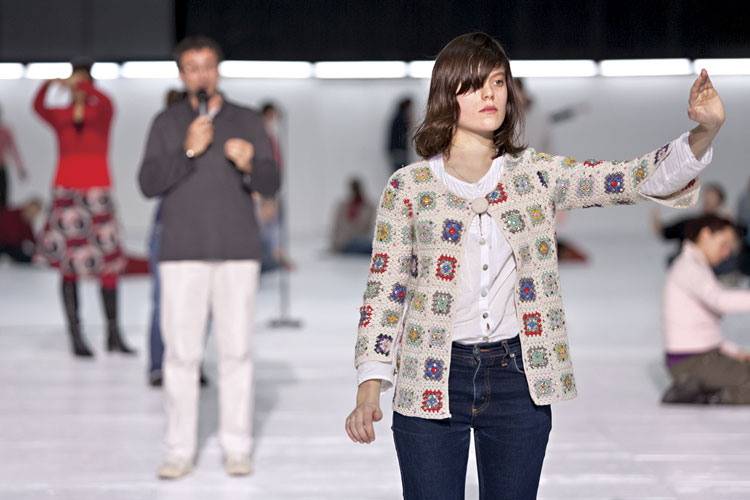 What does a show that includes approximately 45 amateur performers — at least 15 of whom have some type of disability — four professional thespians, a choir and a philosopher look like?

“A (micro)history of world economics, danced,” conceived by Pascal Rambert, will converge this month at City of Asylum/Pittsburgh for its 15th recreation — it’s been staged around the world since its 2010 premiere. The actors and actresses, those experienced and those not, will perform quotidian activities — such things as paying bills and washing dishes — while a choir sings and a philosopher ties everything together through spoken word during the 90-minute show.

“[It’s meant] to show that from ordinary we can make poetry,” Rambert says. “I believe in a mixed world. The City of Asylum is a reflection of this mixed world and its problems.”
City of Asylum became aware of Rambert when he produced “a (micro)history” in 2013 off-Broadway at La Mama Experimental Theatre Club — an organization it was familiar with because they're both Ford Foundation Diverse Art Spaces grantees. City of Asylum leaders felt the show would fit with their own mission. The organization’s aim since 2004 has been to harbor endangered writers from other nations so they can express themselves freely; it also strives to promote the idea of cross-cultural exchange between those writers and the surrounding community on the North Side and across the region.

The show originated in Gennevilliers [pictured], a suburb of Paris where Rambert is the artistic director for Théâtre de Gennevilliers. For each run, the setting and focus may change, but economics always is the central theme. In Los Angeles, the performance took place in Pershing Square downtown, where homeless populations typically gather. In Cairo, Rambert selected a spot near Tahrir Square, where Egyptians took to the streets to protest — and ultimately overthrow — their government in recent years.

Rambert always allows local organizers to decide whom they’d like to focus on, and Duarte says City of Asylum’s feeling was: Why not choose a community whose voice is not always heard, especially in the arts? 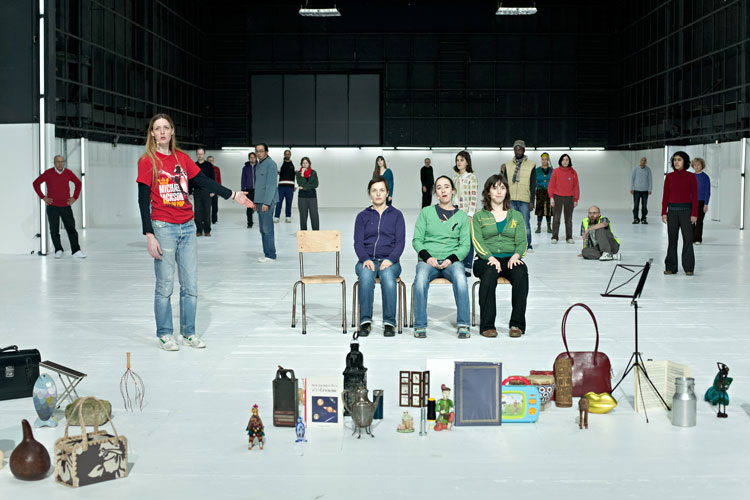 “[Issues such as] employment, health care, transportation — they’re not easy for all of us, but when it comes to people with disabilities, it becomes really harder," she says.
They reached out to a number of organizations across the city and received responses from people with a wide variety of disabilities and backgrounds, people with varying levels of mobility, people from the blind and deaf communities and people with mental-health issues and cognitive/intellectual disabilities.

Fifteen people with physical, sensory or mental disabilities have volunteered to participate in the show, as have about 20 caregivers or family members of someone with disabilities. Members of the Bach Choir of Pittsburgh will sing.

Participants include Josie Badger, a former Ms. Wheelchair America and a Pittsburgh Magazine 40 Under 40 honoree in 2014; Spencer Dennis, a 12-year-old with a rare genetic condition, and his mother, Cheryl, who runs a local support group called Amazing Parents for families and caregivers of children with disabilities; and Sara Pyszka of Bethel Park.
Pyszka, 29, who authored “Dancing Daisies,” a fictional work loosely based on her struggle with cerebral palsy, says she wanted to participate because the project involved writing. Rambert first asks the participants to write about economic issues in their lives. Later, he and a choreographer help them to translate those words into movement.
Pyszka says she hopes people watching the show will come away with the idea that “people with disabilities are just people.”

Her other wish is that the show will “make people realize people with disabilities struggle with the economy,” she says.

During this month and next, Rambert will serve as an artist-in-residence at City of Asylum. He’ll hold workshops with performers for two weeks prior to the show’s run on June 5 and 6.