The co-founder of the North Side nonprofit was also injured when a man stormed the stage with a knife and stabbed Rushdie, who was about to give a lecture at the Chautauqua Institution in New York. 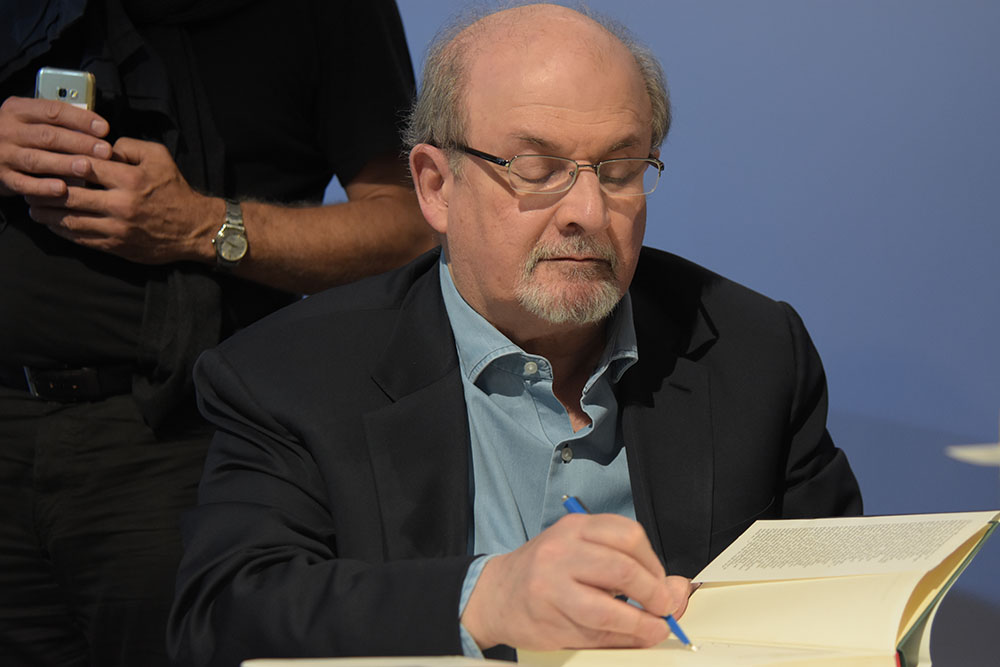 It was a talk that Salman Rushdie gave in 1997 that spurred the creation of Pittsburgh’s City of Asylum, whose mission is to protect and celebrate the freedom of creative expression.

Henry Reese and his wife, artist Diane Samuels, happened to be in the audience at the former Syria Mosque in Oakland, when Rushdie talked about a Cities of Asylum network that protected persecuted writers and other artists. At the time, the author was emerging back into public after he was forced into hiding in 1989 after Iran’s Supreme Leader Ayatollah Ruhollah Khomeini ordered his killing, claiming Rushdie’s book, “The Satanic Verses,” depicted the Prophet Muhammad in a way some deemed blasphemous.

Reese and Samuels pushed for several years to create a similar organization here, and they were ultimately successful. Since 2003, City of Asylum has hosted more than a dozen writers and artists in a collection of residences the nonprofit owns on the North Side. It also operates a bookstore at Alphabet City near Allegheny Center that showcases the writing and artwork of these exiled creatives.

Reese was on stage with Rushdie on Friday when the author was attacked and seriously injured at an event at the Chautauqua Institution in New York. A man stormed the stage with a knife as Rushdie was gearing up to give a lecture. The motive, officials say, is still unclear, but Rushdie suffered a damaged liver, severed nerves in an arm and will likely lose an eye. He was placed on a ventilator Friday, but as of Sunday, his family said he was taken off the ventilator and was awake and able to speak. USA Today reports that he is “on the road to recovery.”

The attacker, a 24-year-old from New Jersey, was arrested at the scene.

Reese also suffered minor injuries and said this upsetting event only reinforces his organization’s commitment to provide aid to persecuted writers and artists.

“Salman Rushdie is one of the great authors of our time and one of the great defenders of freedom of speech and freedom of creative expression. We revere him and our paramount concern is for his life,” Reese said in a statement, adding that the fact that such an event could take place on U.S. soil is “indicative of the threats to writers from many governments and from many individuals and organizations.”

“In addition to wishing Salman well as Americans and citizens of the world, we need to re-commit ourselves to defending the values Salman has championed,” he continued.

Iran has denied involvement in the stabbing, but also justified the attack. A semi-official Iranian religious organization had also posted a bounty of more than $3 million for anyone who kills Rushdie; the organization has not commented on Friday’s attack.