Things have worked out well for the East End neighborhood called Regent Square. The solid middle-class homes built here have held up well. 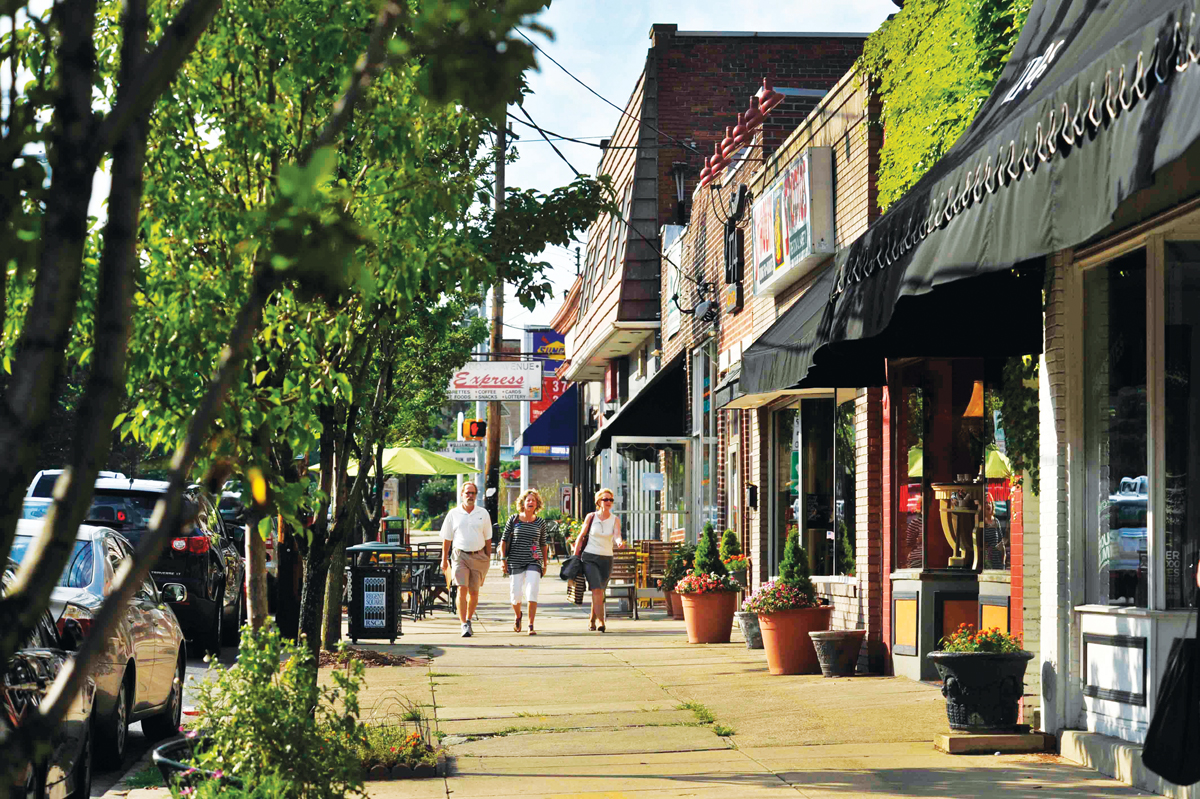 The bumpy waves in the classy brick streets now force drivers to slow down as they navigate along beautiful tree-lined avenues. Frick Park and the lovingly restored Nine-Mile Run are just to the west, and there are paths and roads that lead deep into nature there.

Other than the park, there are no strict borders on what constitutes Regent Square. The name originally designated only the grid of streets between Braddock Avenue and the park, the area still acknowledged locally as “the Square,” part City of Pittsburgh and part Swissvale. But businesses and homeowners nearby wanted to be Regent Square too, so boundaries expanded to include many blocks in Edgewood and Wilkinsburg.

Residents brag that they can walk to everything. A bountiful breakfast at Square Cafe. A fresh bouquet of flowers at Hepatica. To get their spines straightened, their dogs groomed and their clothes dry-cleaned. The shopping district along Braddock Avenue comprises a convenient mix: jewelry store, bank, spicy Thai restaurant, art gallery, groovy antique shop, doctors’ offices, beer distributor who plants messages in his flower garden, and beyond. At the Katerbean Coffee Shop and Internet Cafe, Jackie Goodrich sells delicious carrot cake cupcakes and serves as ringleader for the morning circus of regulars and passersby.

If you need exercise, just down Braddock Avenue, there are rare, lovingly tended clay tennis courts. If you’re here on the right day, you can do the 5K Run Around The Square. And on one Spring Saturday, you can hike around gathering bargains at the annual Regent Square Yard Sale. 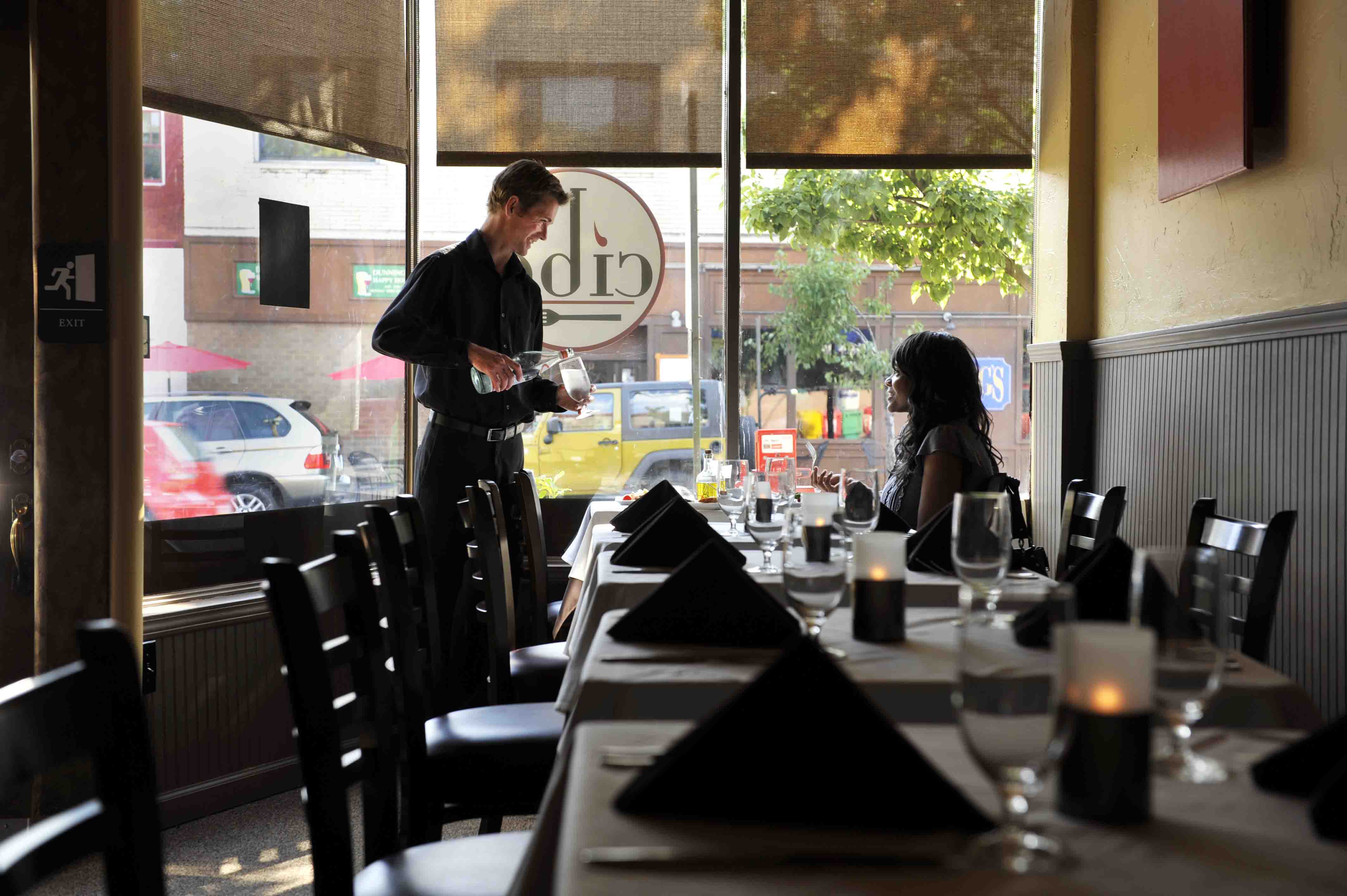 Even after dark, the business district stays busy. Bars are only on the Swissvale side of Braddock Avenue; across the street is Edgewood, and it’s dry. So the new Italian eatery called Cibo and the much anticipated Root 174 are BYOB in arid Edgewood, while the Map Room, Murphy’s Tap Room and Dunning’s Grill are in saucy Swissvale.

Maybe my favorite story about Regent Square is that the old gun store here closed in the late 1990s, replaced by a bar called D’s Six Pax & Dogz.  You’ve got to love a neighborhood where the gun shop becomes a hot-dog-and-unusual-beers emporium.

OK, I’m biased. I own a house here. And I still love learning local lore like the fact that George Westinghouse once owned the old farmhouse across the street, and the big house at the corner of Richmond and Trevanion was built with materials salvaged the old Heinz mansion on Penn Avenue.

Get fashion savvy on the Square 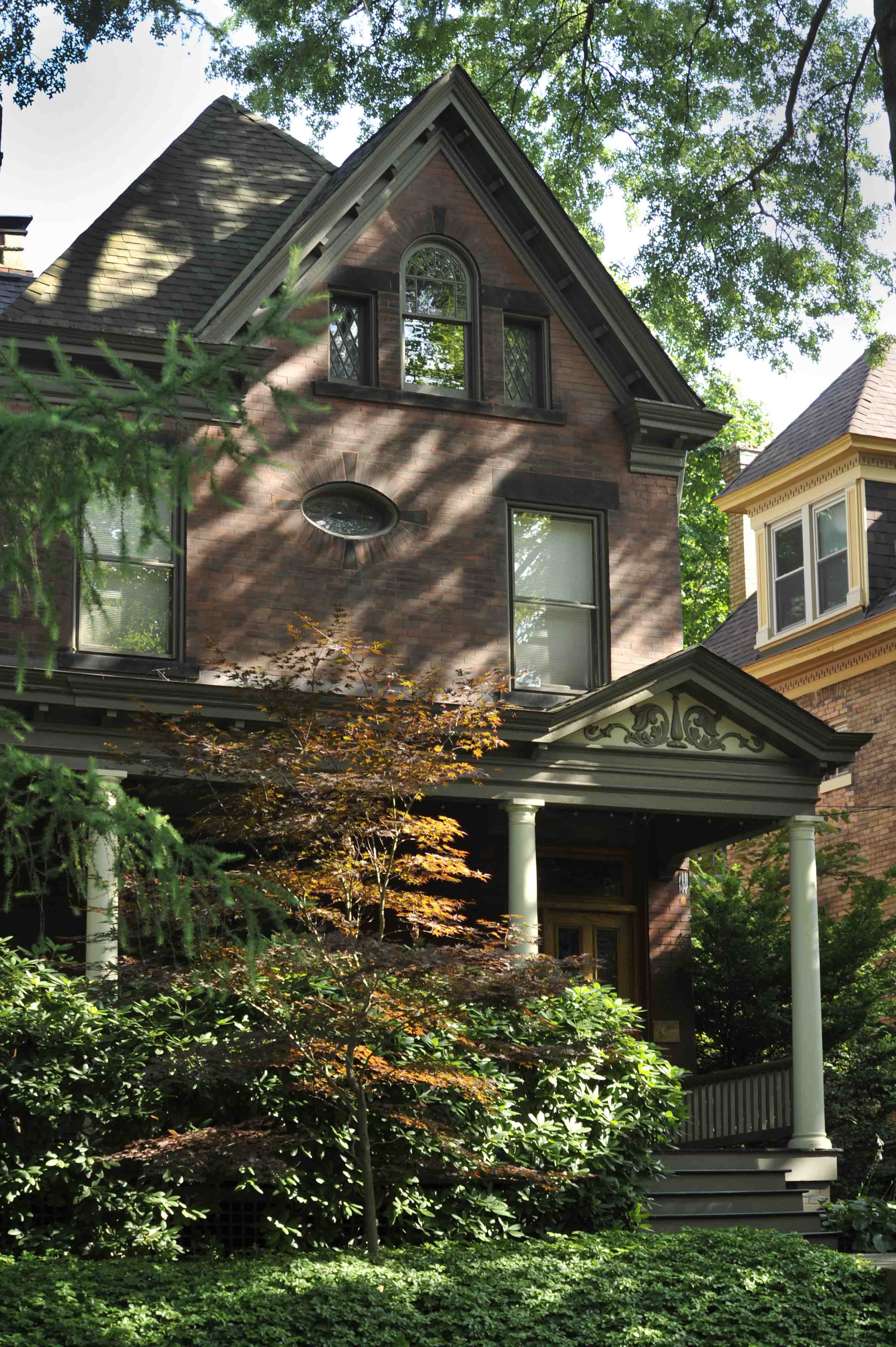 Designer duds for a fraction of the price are always a score. Ambiance, a high-end consignment boutique with locations in Regent Square, Oakmont and Lawrenceville, carries new and consigned designer clothing, handbags, shoes, accessories, jewelry and home furnishings for around 50-75 percent off retail. Even better, Ambiance is a subsidiary of Bethlehem Haven, a nonprofit providing emergency shelter, transitional housing, medical, dental, obstetrics, mental health and employment services to homeless women in the Pittsburgh area. Proceeds go directly to the organization to support self-sufficiency, so you’re not only getting a great deal, but you’re also helping those less fortunate. Shoppers searching out consignment deals on more practical daily clothing for women and children can check out Savvy on the Square.

Save some green at Green Mango
The Green Mango is a little Thai restaurant that many locals call their favorite. For the best bargains, head there between 11 a.m.-4 p.m. and take advantage of the very affordable lunch menu; your meal will cost a little over $20 for two lunch entrees, including tax and tip. Vegetarians will delight in the wide selection of friendly menu items: the Spicy Pineapple Curry and Tofu Spring Rolls are popular picks. The Green Mango is also BYOB with no cork charge—who says you can’t enjoy a little vino in the afternoon? For less than $30, you can have lunch and wine. That’s a fantastic deal, especially if you’re lucky enough to snag one of the outdoor tables during the warmer months.

Appreciate the indies
The Regent Square Theater was purchased by Pittsburgh Filmmakers more than a decade ago and remains one of the only large single-screen theaters in the area. The admission price is $9 for adults, but that’s a small price to pay for an ongoing array of indie, classic and foreign films you won’t find just anywhere. If you’re a frequent moviegoer, you may want to consider a Pittsburgh Filmmakers Screenie pass. For $70 you get 12 movie passes and 12 popcorns, and a little math tells us that’s $5.83 for each flick, including your popcorn. The pass can be used at the Harris Theater and the Melwood Screening Room as well—and can even be shared with a friend. The Regent Square Theater also participates in the Three Rivers Film Festival and the Silk Screen Asian Film Festival each year.

Frugal finding fiends
The Saturday following Mother’s Day brings the annual Regent Square Yard Sale, held by the Regent Square Civic Association. Every May, thousands of bargain hunters flock to this delightful East End neighborhood to find big and small treasures. More than 100 households and businesses take part, including multiple churches holding rummage sales. Grab a map, tighten the laces on your walking shoes and go find your own personal gold mine.

Embrace all things bizarre at an off-beat museum
In the nearby neighborhood of Swissvale, you’ll find the home of Mr. Arm and Velda Von Minx. Their abode-turned-museum, called Trundle Manor, is an offbeat tourist attraction where you’ll find bizarre stuffed animals, sadistic medical devices, coffins, and all kinds of ghoulishly cool things. It’s free to visit, but you don’t want to get on Mr. Arm’s bad side, so we suggest you hand over a donation. Find out more about Trundle Manor at LivingPittsburgh.com.