The old hands, they say everything changes in Oakland. Unless it was built by Carnegie, Frick or the University of Pittsburgh, it can be razed, remodeled or rehabbed. 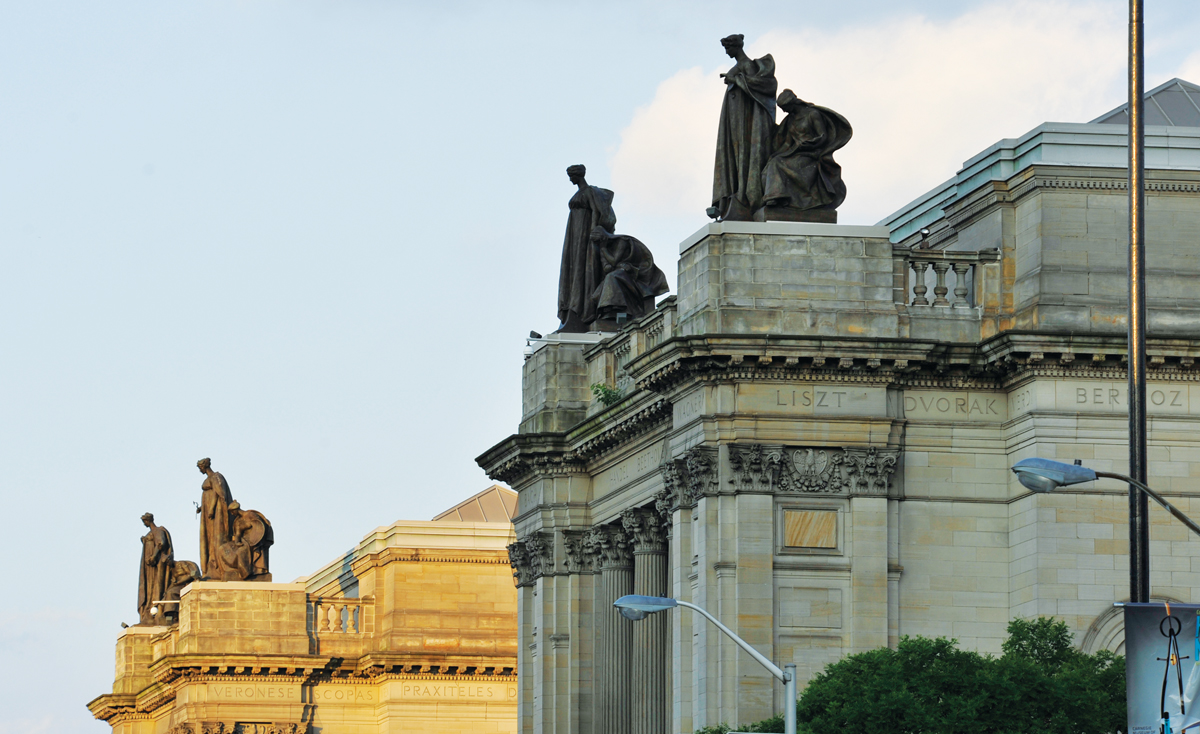 The old tailor’s shop is now a Starbucks, the Italian bakery was turned into 400 different things until it settled into a fro-yo shop and don’t get the born-and-breds started on the bars—the real ones.

And yet in this corridor of humming innovation, all well-lit and repaved a thousand times over since the days when the ivy clung to the leftfield wall of Forbes Field, pieces of the past still hold out. On a hot summer day, The Original Hotdog Shop still simmers and smokes out onto Forbes Avenue, and at night, its cursive neon sign still burns red. The crispy dogs and crusty ambiance haven’t changed in 50 years.

This is no collegiate enclave like all the rest. This is, after all, the birthplace of Joey Diven—The Big Guy, The Bear, The White Knight of Oakland.

Diven was best pals with “The Pittsburgh Kid” Billy Conn, the former light heavyweight boxing champion. Conn and Diven were legends in Oakland and East Liberty in the ’40s and ’50s. While Conn was the polished prizefighter who nearly knocked off Joe Lewis, Diven was his bodyguard—a pugilist of the pavement who was once called “the best street-fighter who ever lived” by Sports Illustrated.

In addition to being the toughest backstreet brawler in town, if not the world, Diven often worked as the bouncer at the Ancient Order of Hibernians on Oakland Avenue. The AoH was a social club for Irish-American steelworkers and politicians alike. Before any industrious Oaklander so much as sniffed a glass of Guinness or Iron City, they had to climb two steep flights of stairs and flash their member card to Diven, the club’s hulking, pale gatekeeper.

Unfortunately, the Irish—especially the gregarious, red-faced Oakland variety—earnestly believe that they can talk their way around any obstacle, even if that obstacle happens to be the world’s undisputed street fighting champeen. One night—so the legend goes—a fearless young man scaled the staircase and stood nose-to-nose with Diven.

Naturally, Diven hurled the man down the staircase. To much amazement, the man climbed right back up.

Again, Diven heaved the man down the staircase, and again, the man dusted himself off and climbed back up. The two stood eye-to-eye once more as the Celtic chorus of laughter and clinking mugs echoed behind the club’s door. After some consideration, Diven exhaled.

“You’re right,” Diven said, stepping aside to let the man in. “You really must be Irish.”

Is that story really true?

Do ’O dogs really taste better after midnight? Is there really a hidden treasure of vintage Playboy magazines stashed in the cannons outside Soldiers and Sailors Hall? Do the speakeasies of South Oakland run the best poker games in town?

A good neighborhood is like a good legend. Even after it has passed through generations and been reshaped a thousand times over, its heart is still the same. 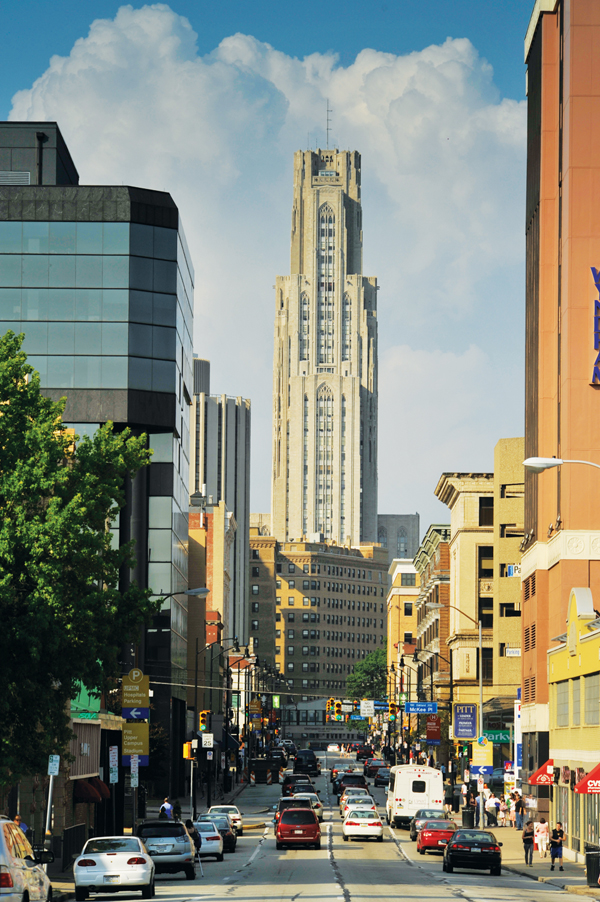 Thanks to Oakland’s student population, the whole city can take advantage of amazing food deals offered throughout the neighborhood. Joe Mama’s offers half off pizza daily from 4-5 p.m. Mad Mex serves most of its menu items at half price every day from 11 p.m.-1 a.m., along with $7 Big Azz (double sized) margaritas from 4:30-6:30 p.m. India Garden offers an all-you-can-eat Deluxe Dinner Buffet (offered Sunday and Tuesday) for $8.99, half off appetizers from 6-8 p.m., and half off dinner entrees from 5-6 p.m. and then again from 9-11! If you’re looking for something different at breakfast time, try Fuel & Fuddle’s “Bar Brunch.” Every item is $7.50 or less and includes bottomless coffee and Bloody Mary’s for $1.50! For an array of delicious grub, head to Taste of Oakland, an annual food affair held in May. The event gives participants the opportunity to sample foods from multiple area restaurants in an upbeat, festive atmosphere. Admission is $5 and includes additional discounts, like free admission to the Carnegie Museums.

Name your price for a play
The Pittsburgh Playhouse recently introduced its Pay-What-You-Will Saturdays program, offering theatergoers the chance to pay whatever amount they desire (as long as it’s at least $1). You can see the first Saturday afternoon performance of every Playhouse production by heading to the box office the day of the show (beginning at noon) and naming your price for any available seat. You can buy as many tickets as you’d like as long as all purchases are made in-person. 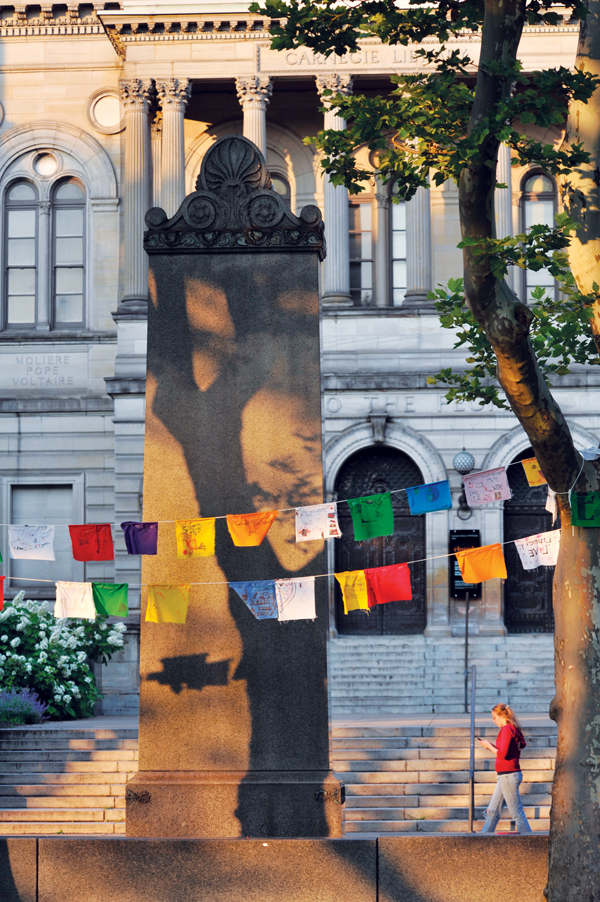 You won’t find Boy George at this monthly museum event, but you can expect a crowd of arts devotees mingling over cocktails. The Culture Club focuses on a different topic each month, and admission is $10 (which includes two drink tickets and museum admission). Recent topics have included “Artists and Scientists: Creative Thinkers,” “Experiencing Architecture through Film and Photography,” “Caring for Works of Art” and more. The Carnegie Museum also offers free admission days and other discounts for students, Access EBT cardholders, military personnel and others.

Stop and smell the roses
Phipps Conservatory grants the public an occasional free or half off admission day throughout the year, but families can get a great deal without the wait. Family memberships are $75 and offer free admission for a whole year for two adults and up to four children per household. Membership for a family of four will pay for itself after the second visit. You’ll also get discounts on classes and in the store, invites to members-only events, and a free subscription to Phipps Magazine & Education News. Through September, you’ll also receive a free one-year subscription to Better Homes & Gardens magazine with your membership.

Expand your horizons at Pitt’s Nationality Rooms
The Nationality Rooms at the University of Pittsburgh’s Cathedral of Learning are a fantastic way to be culturally entertained on dime. Admission is only $3 for adults and $1 for children age 8-18. Children under 8 are always free. Each year, Pitt hosts a free holiday open house that includes ethnic foods, crafts, performances and more. Visit LivingPittsburgh.com for more info on the Nationality Rooms.