“History takes time. History makes memory,” observed writer Gertrude Stein, a native of the North Side. At the time of Stein’s birth in 1874, however, this area was known as Allegheny City. 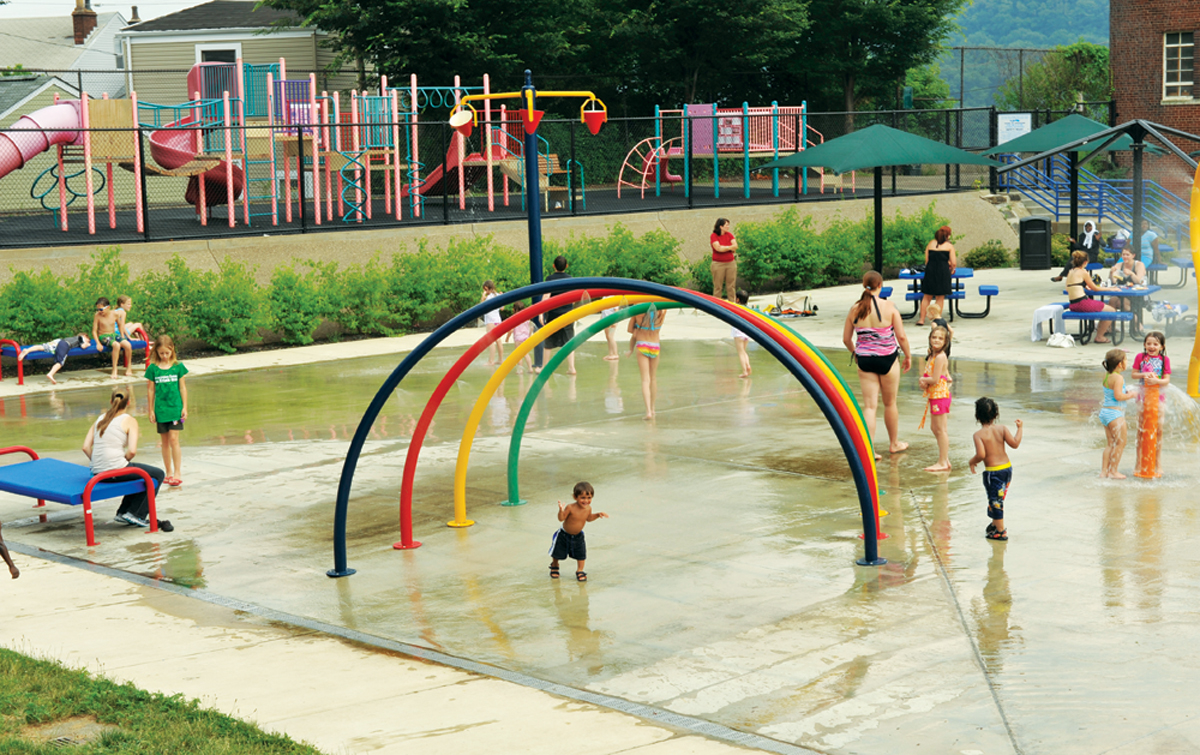 To understand the North Side, it helps to know its history. At the time of Allegheny’s annexation to Pittsburgh in 1907—a forced “marriage” opposed by a majority of residents—it was the third-largest city in Pennsylvania and boasted a long, proud history that extended back to the late 1700s.

Before its absorption into Pittsburgh, Allegheny could be considered a rival to its bigger neighbor across the river, with its own government, industry, shopping district, parks and impressive residential thoroughfares (some, like Ridge Avenue, lined with the mansions of millionaires.)

Change has reshaped this city within a city throughout the years, particularly during the mid-20th century via urban renewal and highway construction. Yet the memory of Allegheny lives on today through much of its surviving cityscape—including the Allegheny Commons, a visionary plan of urban green space.

To many residents of the tri-state region, the North Side means that stretch of turf, now called the North Shore, where Heinz Field, PNC Park, Carnegie Science Center and Rivers Casino have arisen on the plains along the riverfront. Attractions such as the National Aviary, The Andy Warhol Museum, The Pittsburgh Children’s Museum, the New Hazlett Theater and the Mattress Factory are well-known landmarks within a few blocks of those major destinations. 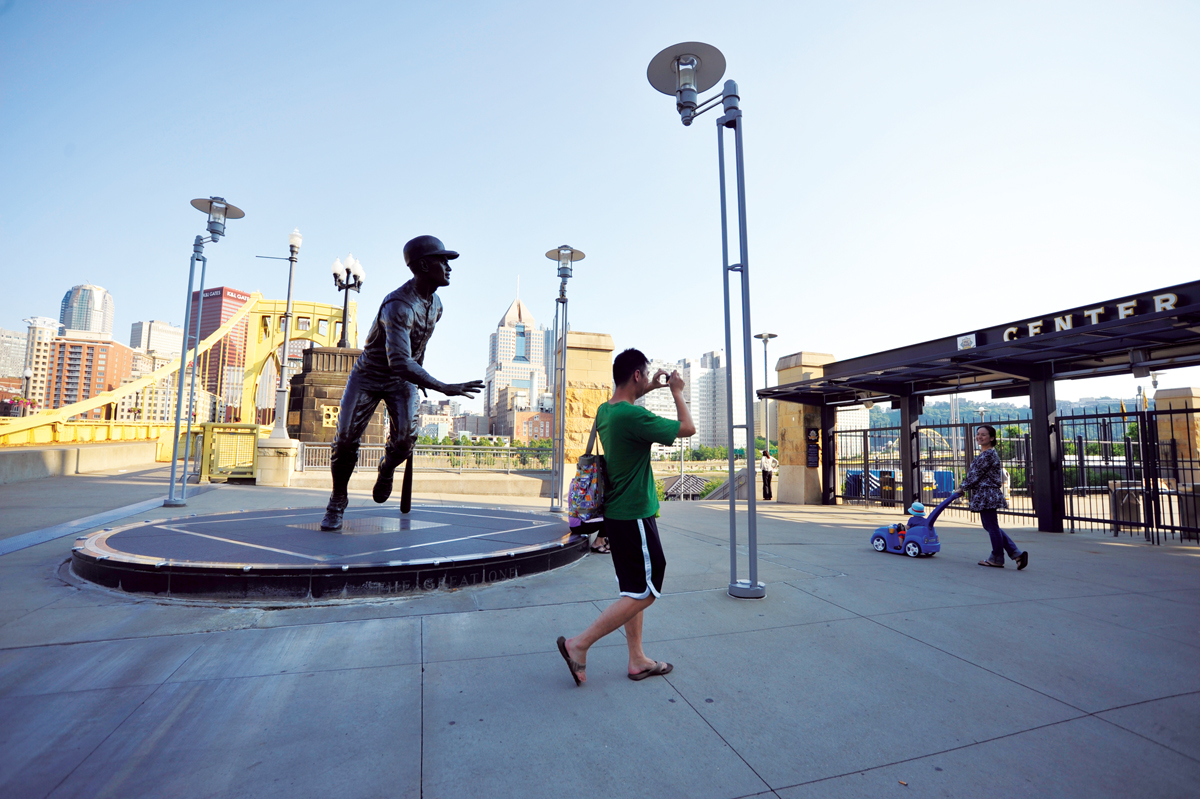 But the new North Side institutions on that familiar swath of land are just the most visible, most familiar faces of the North Side. Because of the area’s former identity as Allegheny City, it encompasses considerable territory. Within its boundaries is a mosaic of 18 distinct neighborhoods.

Manchester is home to Manchester Craftsmen’s Guild, a resource for art, education and music, including a jazz series. Troy Hill offers the Penn Brewery and St. Anthony’s Chapel, with its incredible collection of relics of the saints. Observatory Hill boasts Riverview Park, a 287-acre expanse that’s another legacy from Allegheny City days. The character and feel of North Side neighborhoods varies widely, from the Victorian townhouses of the Mexican War Streets to the suburban sprawl of Brighton Heights.

Notable residents of the North Side and Allegheny City, beyond the aforementioned Stein, include Andrew Carnegie, Mary Roberts Rinehart, Mary Cassatt, Martha Graham and Franco Harris. And the legacy of one Pittsburgher has been added to the North Side—the late Fred Rogers resides here today in memory, thanks to a larger-than-life sculpture and monument near Heinz Field. Mr. Rogers presides over many a “beautiful day in this neighborhood” and adds to its history. 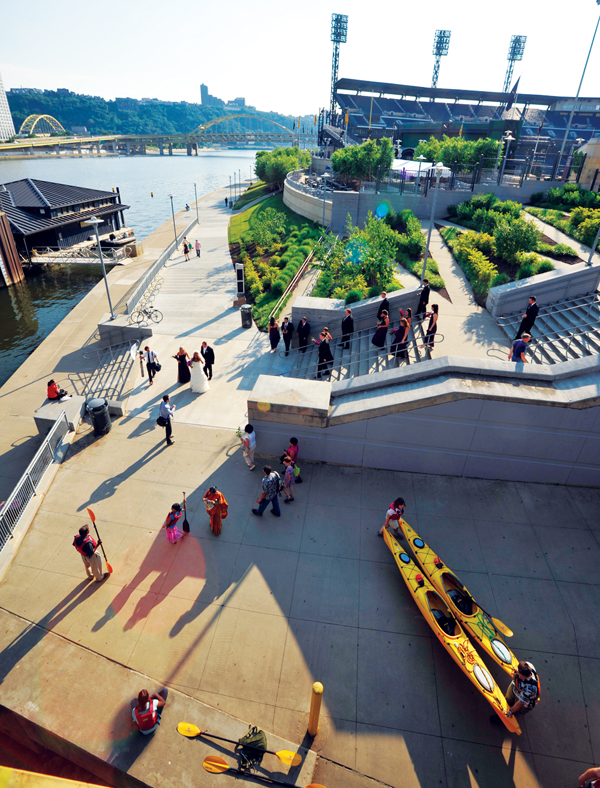 Pittsburgh has parks. Lots of them. Riverview Park is a North Side gem, complete with trails, a two-mile loop, a 5,400 square-foot swimming pool and the Space Age Playground, including the Galaxy Finder Play Area and a Cosmic Climber. During the summer months, the park also hosts the Stars at Riverview Jazz Series Saturday evenings, followed by a film from Cinema in the Park at dusk. If you’re feeling the pull of celestial sky, the Allegheny Observatory can give you a pleasant nebulae fix. The Observatory is owned and operated by the University of Pittsburgh and offers free tours on Thursdays from May through August, and Fridays from April through November. Free live music and movies in the park, and free tours of a fantastic observatory? Yep, and that’s not even everything this great park has to offer.

Play in a world of water
Pittsburgh’s first Spray Park (in the Troy Hill area) is another notable North Side park and a much newer one than the century-old Riverview. It’s a land of spray tunnels and flashy water sprinklers—and a blast for children of all ages! Pack a lunch and your afternoon is complete. The park is open to the public from early spring to late fall—and did we mention that visiting won’t cost a dime?

Twang the night away
For those seeking a unique musical experience, we highly recommend getting to the Elks Club on a Wednesday night to check out the Pittsburgh Banjo Club. The live music is free, and the food and beer are inexpensive. Watching dozens of banjos harmonizing on stage while washing down 50-cent popcorn with $5.75 pitchers of Yuengling is much more fun than you might think. On the same night, you can also head over to The Park House on East Ohio Street for a Bluegrass Jam, where you can snag $2 Yuenglings and $1 tacos. Park House is owned by “The Falafelmaster,” who works magic with chickpeas; if you have a few spare dollars, try some, along with one of the many beers on tap.

Munch on some brunch
Max’s Allegheny Tavern is a German restaurant in Deutschtown. If your stomach is growling louder than a pitbull, we recommend trying Max’s $12.95 all-you-can-eat Sunday brunch (from 9:30 a.m. to 2 p.m.) The brunch menu includes traditional breakfast entrees, individually prepared omelets, chef-carved meats, kielbasa, dinner entrees, homemade pastries and breads, desserts and more. Steeler fans heading to Heinz Field receive savings with their purchase because they can hitch a shuttle ride from Max’s to Heinz Field for free. Score!

Pool yourself out of a rut with free billiards
Krista’s Cantina is a friendly neighborhood dive in the North Side with a pool league, darts and some really cheap drinks. Each Tuesday, Krista’s offers free pool along with 35-cent wings. So give nine-ball a shot, or just sit in the corner and take a few. Find out more about free pool nights around the city at LivingPittsburgh.com.