The free rides between Downtown and East Carson Street will last for 24 hours. 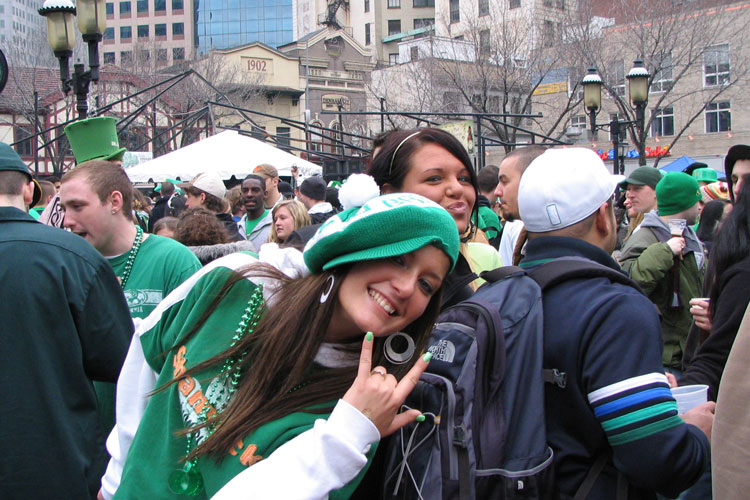 Carson Street on the South Side is often the favorite post-parade party spot for St. Patrick’s Day revelers. While the restaurants and bars welcome the influx of patrons, they could do without their cars clogging the streets.

To that end, the city of Pittsburgh will again offer a free shuttle service between the Second Avenue Parking Plaza Downtown and East Carson Street. This year, the service will run for 24 hours straight beginning at 5 a.m. on Saturday.

“We want to make certain that we capture the earliest employees arriving, and deliver safely back to their vehicles the latest employees that might be leaving,” said Pittsburgh City Council President Bruce Kraus at a news conference Tuesday.

The shuttle will drop off and pick up passengers at Muriel and South 12th streets, Sidney and South 18th streets and South 21st Street and East Carson.

The shuttle’s route has been modified from last year to avoid a bottleneck that formed on Carson Street.

Not only is the shuttle free, so is the parking at the Pittsburgh Parking Authority's Second Avenue lot near the 10th Street Bridge, which has space for 810 vehicles. Vehicles will have to be removed by Sunday afternoon to avoid a charge.