Circle of Life: A Remarkable Lion is Born near Pittsburgh

A rare Barbary lion is born in Grove City. 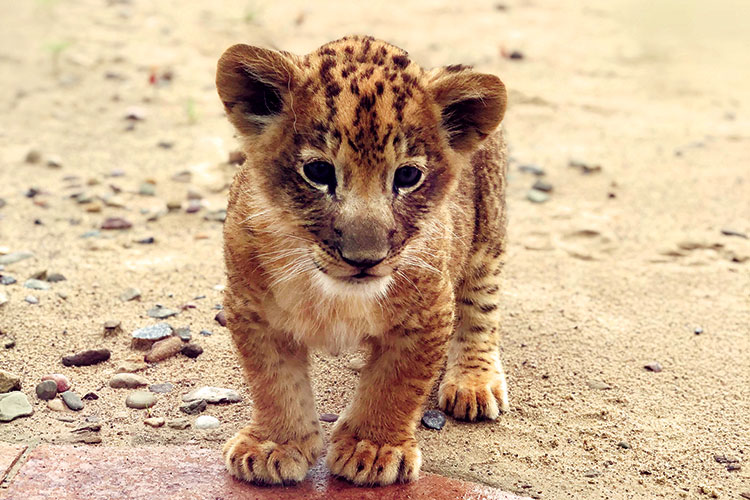 On the tail of Disney’s blockbuster remake of “The Lion King,” a remarkable lion cub has arrived on the planet and, blinking, stepped into the sun — at Keystone Safari in Grove City.

And his name is Simba.

Born on May 19 at Keystone Safari to parents June and Cash, Simba, a rare Barbary lion, spent most of his first six weeks in a den with his mother. He’s now ready to start exploring his new world, and visitors to the park will be treated to the sight of a rambunctious and clumsy little critter who loves to pounce and play.

“He’s as cute as can be,” says Adam Guiher, Keystone Safari’s park director. “He’s starting to learn what life is like as a lion.”

The Barbary lion, known for its impressive mane and intimidating stature, once roamed northern Africa. Human interest in the big cats proved fatal, however; thousands were killed in Roman coliseums and thousands more were hunted, captured, displayed and exploited. By the turn of the 20th century, many scientists believed the species to be extinct.

Their genes, though, are believed to remain in a handful of captive lions. There are fewer than 100 in the world that are believed to share genetics with the once-mighty Barbary; Simba is one of them.

Some experts say that the genes of captive Barbary lions are watered down, but Guiher points out a few distinctive traits that define the subspecies — and are present in Simba and his parents.

“Barbary lions have a heavier build, heavier manes, smaller litter sizes but larger cubs,” he says. “When you look at [lions] like Cash, even if he’s not 100% pure, he does have all those traits.”

As Simba grows older, he’ll share those traits, as well.

“We’d like to see future generations be able to enjoy [Barbary lions],” Guiher says. “It would be nice to see a wild population.