The journey for former Pittsburgh Pirates manager Chuck Tanner comes full circle as he tackles a new position with the Pirates. 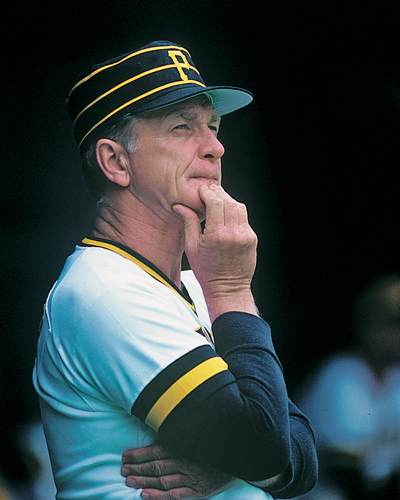 Chuck Tanner has never come across a person he wasn’t willing to engage in conversation. The Pirates’ former skipper has long been known for his upbeat attitude and positive outlook. His people skills, knowledge of the game and willingness to do the unconventional served him well back when he was running baseball teams for a living.

The highlight of Tanner’s nine-year run as the manager here in Pittsburgh was, of course, the 1979 campaign. That year he guided the Pirates to a 98-64 record during the regular season before his charges—led by Hall of Fame slugger Willie Stargell—defeated Cincinnati in the National League Championship Series and Baltimore in the World Series, the latter after falling behind three games to one in a best-of-seven series.

Baseball remains in the blood of this 79-year-old New Castle native, and no doubt always will. Tanner has scouted for several different major-league organizations since his last gig as a manager ended in 1988. Last November, he rejoined the Pirates as a senior adviser to new general manager Neal Huntington. Recently, Pittsburgh magazine caught up with him for this question-and-answer session.

Full Name: Charles William Tanner
Date of Birth: July 4, 1929  Position: Manager
Years With the Pittsburgh Pirates: 1977-1985
Career Highlights: Compiled a 711-685 record in nine seasons as the manager of the Pirates and guided the team to its most recent World Championship in 1979; Pittsburgh finished with a winning record in six of his nine years at the helm; also managed Chicago White Sox (1970-1975), Oakland A’s (1976) and Atlanta Braves (1986-1988) and won a total of 1,352 games as a major-league skipper; spent eight seasons (1955-1962) as a big-league outfielder with Milwaukee Braves, Chicago Cubs, Cleveland Indians and Los Angeles Angels.

C.T.: When I was with the Braves, I was an extra outfielder. When Hank Aaron needed a day off, I’d play right field. But I could play all three outfield positions, and I played every day when I was with the Cubs—either in center field or left. I was a line-drive hitter, I didn’t strike out much, and I could play defense good.

PM: What do you remember most about the way the people of Pittsburgh embraced you and your ballclub during your run to the 1979 World Championship?

C.T.: That was the greatest thing that ever happened to me in my life in baseball. We were a very blue-collar team. We were out there to beat them any way we had to. That was the attitude we had all year, and that’s how we won the playoffs and the World Series. And the fans were great. I think to this day, those people are still Pirates fans. Everywhere I go there’s always someone who remembers something about that year. I’m proud of the fact that I won the World Series in my backyard. Not many managers can say that. Winning the World Series in your own hometown—oh, what a feeling that is.

PM: Is it possible for you to name a handful of the best players you’ve ever seen?

C.T.: Willie Mays was the greatest player I ever played against or saw play. He could play defense, he could play offense, steal a base or hit a home run. Roberto Clemente was the greatest right-fielder I ever played against. He could hit, he could run, he could throw, and he’d knock in big runs to win a ball game. And, of course, Ted Williams was the greatest left-handed hitter. And then there was Barry Bonds, who was as good as anybody who ever played. And for a player who’s not in the Hall of Fame, I thought Dave Concepcion was one of the greatest infielders I’d ever seen. Then Willie Stargell used to hit home runs in that upper deck [at Three Rivers Stadium], and I had Dave Parker, a guy that had all the tools.

PM: You have a new job this year as a senior adviser to Pirates general manager Neal Huntington. How’s that been going?

C.T.: Well, we’re starting over, and the one thing you have to have is patience. You can’t panic and you can’t go overboard. You just build, build, build. Neal’s going about it the right way. He’s very intelligent and very organized. He knows the direction he’s going, and he’s not going to deviate from the program he’s implementing. We’re putting the pieces in place, and we’ll get better as we go.

PM: Besides the fact that it’s home for you, what is it about New Castle that’s made you stay there for so many years?

C.T.: It’s the people. And it’s not just New Castle. It’s Western Pennsylvania. One time when I was managing the Pirates, I was going home on a rainy night and someone had a flat tire. I got out and fixed it, and they couldn’t believe it. I didn’t tell them who I was. I didn’t know if they knew who I was, but in spring training they sent me a dozen hankies to say thanks. That’s the way it is. People help each other around here.

This article appears in the August 2008 issue of Pittsburgh Magazine.