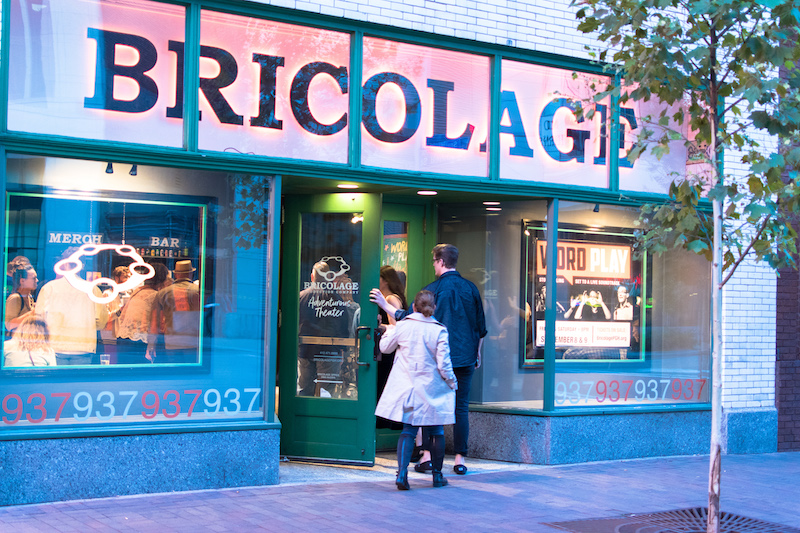 Last week, Bricolage Production Company made a difficult decision, announcing that scheduled performances of its WordPlay series — set for the very next day — would be canceled. “We are a storytelling organization, and the story that we want to tell is that we care about the health and safety of our people,” says Tami Dixon, Bricolage’s principal creative and co-founder. At WordPlay, readers from various walks of life read original stories about their experiences; coincidentally, one of the scheduled readers for this weekend was Dr. Maria Simbra, who reached out to the organization from a medical perspective. “She sent us an email encouraging us to think deeply about this,” Dixon says, “giving us some pointers and some information.”

The stunning suspension of major sports leagues provided a jolt of context, Dixon says. “Consider that financial giant … made that incredible decision to postpone their season, that was a big wake-up call for me. If they are willing to do that, what is a weekend of WordPlay in comparison?”

Bricolage has a relatively short season compared to other theater companies; only three weekends each year feature WordPlay events, often (but not always) paired with a large-scale immersive-theater production. Foregoing events, Dixon says, is certainly a financial blow. “We’re going to take the hit,” she says. “It’s a very, very difficult decision … either decision could be the health of your staff. If you can’t pay your staff, that compromises their health, too.” Dixon says that Bricolage’s limited size could be a benefit in a situation like this; with smaller payroll and other financial obligations, they may be better equipped to deal with the impact than other businesses with smaller margins.

“We’re all gonna have to make adjustments to our lives,” she says. “[Maybe] if we can make the sacrifice upfront, it won’t cost us as much in the end.”

Bricolage hopes to reschedule this weekend’s WordPlay event later in the year.