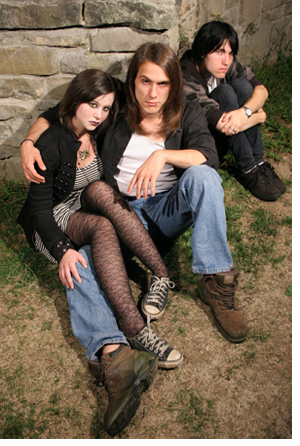 When James Michael Shoberg contacted Lionsgate Films about adapting one of its movies for the stage, he thought it was a long shot. Shoberg, the artistic director for Pittsburgh’s Rage of the Stage Players, was a fan of the independent horror film The Hamiltons, which was picked up by Lionsgate after being honored with jury prizes at the Malibu and Santa Barbara International Film Festivals. Shoberg knew that, first, he’d have to convince the directors—a duo known as The Butcher Brothers, who had also written and produced the film—that he was up to the task. Much to Shoberg’s surprise, they were immediately enthusiastic.

“He presented the idea and how he wanted to proceed with the project in a way that spoke to us,” said Mitchell Altieri, one half of the Brothers. “It just felt right.”

There certainly aren’t many companies more suited to present a gritty, terrifying thriller like The Hamiltons than Rage of the Stage. The company, currently in its tenth year, specializes in bringing horror stories to the Pittsburgh theater scene. It’s built a loyal fanbase while tackling everything from twisted fairy tales to the classics of literary terror, with a lot of stage blood and a good bit of fun mixed in.

And so, with the blessing of The Butcher Brothers and a track record of spooky success, Shoberg lobbied Lionsgate to give him a crack at The Hamiltons, and Hollywood said yes. Shoberg finished adapting the script in late August; rehearsals are now under way for the production, which will be staged at South Park Theatre this month.

Pittsburgh magazine caught up with Shoberg to discuss The Hamiltons, the horror genre and how he adapts films for the stage.

What drew you to The Hamiltons?
First and foremost, it’s a quirky drama about a family of four dysfunctional, orphaned siblings. The horror aspect is another layer entirely. It had such a theatrical feel to it that I instantly started viewing it through that perspective.

How do you approach adapting a film for the stage?
Theater doesn’t provide the luxury of cutaways, exterior shots or full sets for every location. The environments must be cleverly condensed, and scenes must be able to fluidly move from one to another without becoming cumbersome or time-consuming. That, in and of itself, is a challenge. The level of detail in the effects must be perfect.

The Hamiltons isn’t the most violent film, but it’s certainly not for the faint of heart. Who will The Hamiltons be appropriate for?
We wouldn’t want to alienate any members of the Rage’s fanbase, and age-appropriateness is very subjective due to the alternative, liberal-minded audiences we draw. We always make a point of thoroughly addressing the content of any show we are producing at a given time and allowing people to make those decisions for themselves.

Horror is an under-represented genre in theater. How do you convince people to see something they’re not familiar with?
It’s difficult to [convince] those who are put off by horror to give it a chance. That’s why we depend heavily on our devoted fanbase and on word-of-mouth. Since the show is running over Halloween, though, we hope that even those who wouldn’t ordinarily be drawn to such fare might indulge themselves in the spirit of the season.

What does producing The Hamiltons mean to Rage of the Stage?
The prospect of such an opportunity for a small company such as ours—especially here in Pittsburgh—is unprecedented. It will be an amazing experience.