Cheers to These Couples’ Signature Cocktails

Signature cocktails can spice up the menu and add a simple, yet special touch to any wedding. 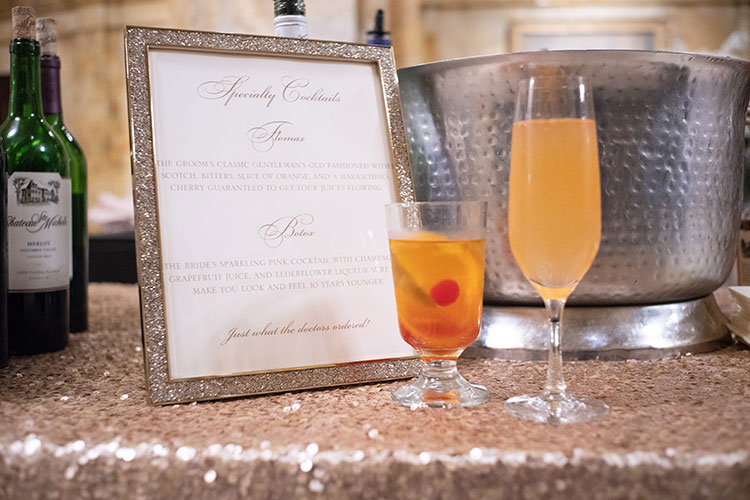 Whether it be to memorialize the proposal or to showcase a pup, these couples included signature cocktails to their menus to add a personal touch to their wedding day.

Dr. Stephanie Dreifuss and Dr. Nicholas Farber created their signature cocktail based on their jobs; she is a plastic surgeon and he is a urologic surgeon. The couple met in medical school and wanted to keep with a medical theme in their 2018 wedding.

“I’m sure you can imagine, both of us being surgeons, we thought of unappetizing names for drinks,” she says with a laugh.

The couple settled upon the names Flomax (a simple old-fashioned) and Botox (prosecco with grapefruit juice and elderwood flower liqueur) for his and hers signature cocktails.

“I think that every bride and groom should do what they can to add their own signature to their wedding,” says Stephanie. 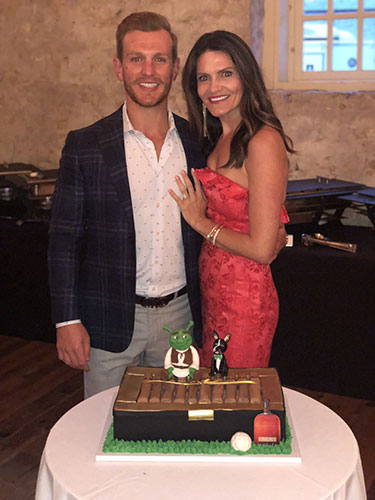 Lindsay Albrecht and Mike Loadman also wanted to showcase something meaningful to them: their Boston Terrier, Finnegan.

“We’re obsessed with our dog,” she says. “We wanted him to be in our wedding.”

Lindsay came up with the name for their drink, the Finn and Tonic, with the help of the seamstresses at The Iron Horse Atelier while she was getting her dress altered.

She chose the drink because it was something that her and Mike and enjoyed and it was easy for the guests to drink, she says. It could be ordered as vodka or gin tonic with a twist of lime, depending on the guest’s preference.

They designed Finnegan’s picture on the bar signs and included sugar replicas of him on their wedding and groom’s cakes. 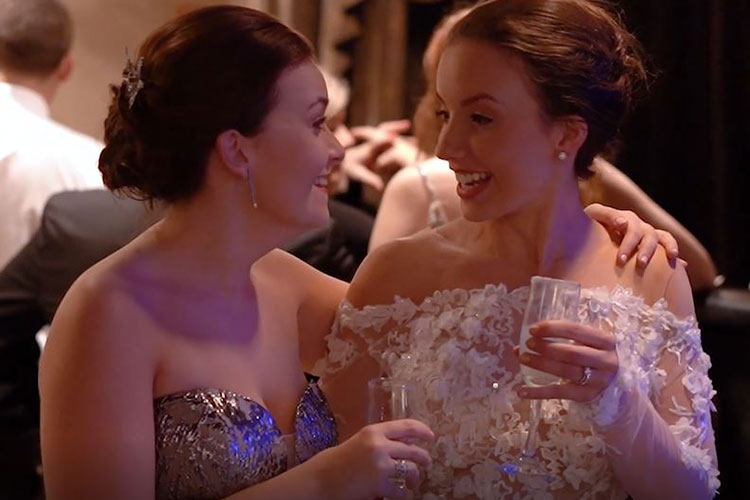 Dr. Elizabeth Rosenberger and Timothy Giel tied elements from their Disney World proposal into their signature cocktail, wanting to add some Disney magic to their wedding.

“We wanted to remind people about our engagement — to put that fairytale wedding [and] special memory into people’s minds,” Liz says.

The couple created The Glass Slipper, made with Hpnotiq, white cranberry juice, triple sec and club soda in a sugar rimmed glass. Liz says guests ordered them all night long and kept telling her the drink was “just perfect for you.”

“Signature cocktails [are] one of those details where you want people to walk away from your wedding and say, ‘Wow, that was so them,’” she says. 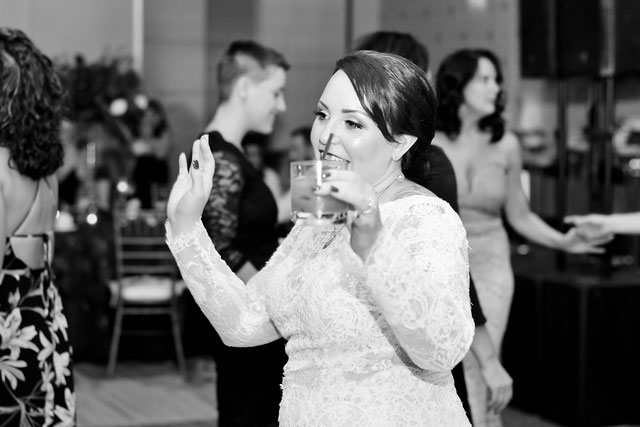 Samantha Wallace and Eric Ecker wanted to have some extra fun with their signature cocktail by adding a pop culture twist to it. Samantha describes her and Eric as “super fans” of “Game of Thrones,” but they didn’t want a fully themed wedding. Instead, they added in small touches of their favorite show, including a replica of the Iron Throne at their reception.

Samantha knew she wanted to have signature cocktails for her big day, so she Googled recipes with names she could change to fit the “Game of Thrones” theme. The Mother of Dragons had tequila, agave, orange juice, pomegranate juice and jalapenos, and the King in the North consisted of bourbon, lemon juice, simple syrup and topped with a red wine float.

Samantha says the Mother of Dragons was a big hit. “They almost ran out of tequila by the end of the night,” she says with a laugh.

While each couple had a different type of signature drink, they all believe it is a simple and enjoyable way to add a special touch to your big day.