Doodle while you dine, or let your imagination run wild, with chalkboard placemats from Pittsburgh-based Chalk Lots. 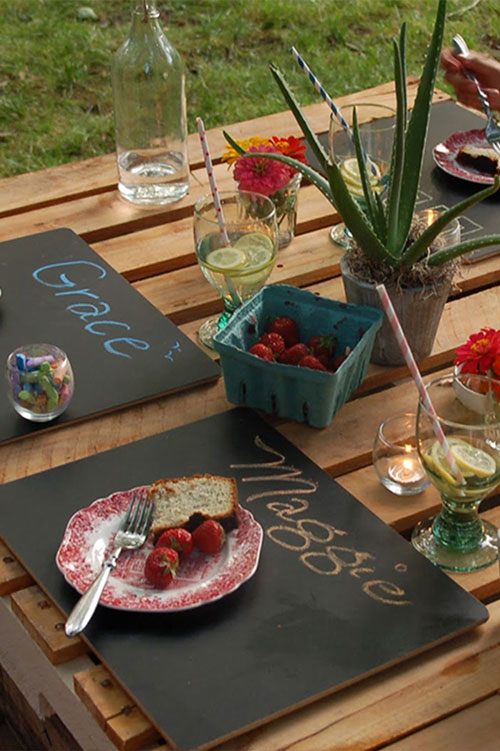 Here’s a way to keep kids — and OK, adults — entertained at the table without resorting to their iPads or other smart devices.

Created by Pittsburgh resident Leslie Friend, Chalk Lots are chalkboard place settings ($20 for a set of two placemats, $36 for a set of four placemats) that encourage users to write notes to each other, spell words, play games or generally let their imaginations run wild.

A lover of chalkboard paint, Friend, who has three kids, invented Chalk Lots in 2010 after deciding it would be fun to bring chalk play to the table. Her invention was such a hit with family and friends that she couldn’t make them fast enough, according to her website. She later found a U.S.-based manufacturing company to produce the placemats.

Chalk Lots have since been sold at Crate & Barrel stores and featured in Real Simple magazine and the Pioneer Woman’s Blog, among other publications. 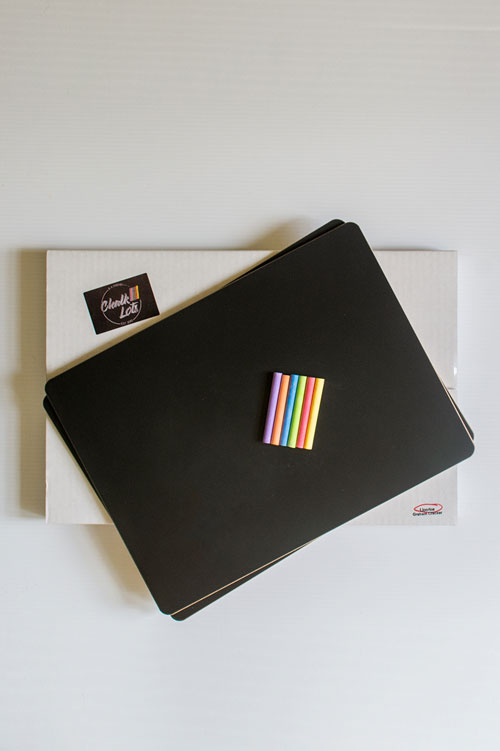 Besides being great conversation starters at dinner, the wipe-away chalkboard surfaces can be used a nameplates — designating where people should sit — or as a preview of the night’s dinner.

Each Chalk Lots set also comes with a box of Crayola chalk.

This article appears in the February 2017 issue of Gotta Have It.
Categories: #GottaHaveIt