The 20th annual JFilm Festival will showcase 18 films, all of which are receiving their Pittsburgh theatrical premiere. 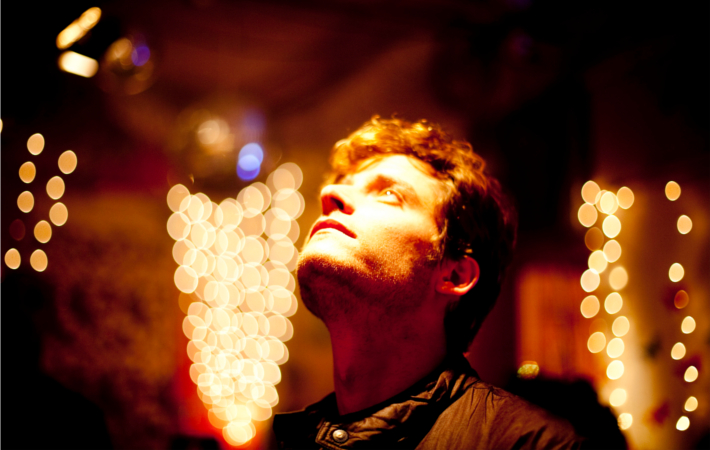 Photo from Out in the Dark

While it’s often overshadowed by the army of multiplexes and the Filmmakers triumvirate, the Manor Theater on Murray Avenue has always been one of my favorite local cinemas. It’s perhaps the last bastion of a sadly bygone variety of theaters — small, urban, multiscreen joints with a lean toward the arthouse, but a foot planted in the mainstream, as well.

The Manor’s former neighbor on Forward Avenue, as well as the tragically absent Denis Theater in Mount Lebanon (currently struggling mightily to revive itself), proudly flew the flag for serious film buffs. Now, while there are single screens keeping the flame burning, The Manor is more or less unique.

In any case, some of my favorite trips to the movies sent me to the Manor, dating back to my teenage years. And given Squirrel Hill’s longstanding status as the center of Jewish culture in Pittsburgh, the theater couldn’t be a more fitting home for the 20th annual JFilm Festival, opening tonight and running through April 21.

“While the heart of the Jewish population is in Squirrel Hill, our agenda is to reach out to as many people as possible,” says Kathryn Spitz Cohan, executive director of JFilm. “And even though the South Side Works is so convenient, we do have people [in Pittsburgh] that won’t cross a river. People have told me that they’re very excited we’re going to be at the Manor.” (South Side Works was the home for the festival from 2005 until last year.)

And while Pittsburgh may have strong geographic borders, the JFilm Festival does not. In selecting the festival’s offerings, JFilm looks at quality first and thematic appropriateness, let’s say, second. “We’re always looking for the highest quality films,” Spitz Cohan says. “That said, if a film comes in that might not be made by a master filmmaker — maybe it’s a debut film — yet the subject matter is so important, then we would give it more weight. We’re always weighing, we’re always reviewing, we’re always evaluating films from many different perspectives. We’re looking at a film from many different angles.”

The festival showcases 18 films, all of which are receiving their Pittsburgh theatrical premiere; none are currently available through video on-demand services or DVD, making the festival fairly unique in its pursuit of brand-new offerings.

“We really try to cover a lot of ground,” Spitz Cohan adds. “We have a wide spectrum.”

The opening night film is Paris-Manhattan, a French comedy about a Woody Allen-obsessed pharmacist. The gala showing tonight is sold out, but a second screening will take place at the Manor on April 18. “I also really like Out in the Dark,” Spitz Cohan says, “and A Bottle in the Gaza Sea.” The former is the story of an explosive romance between two men — one Israeli, one Palestinian. It won the Best Narrative award at last year’s Haifa International Film Festival. The latter, which will be screened at CMU’s McConomy Auditorium, has geographic similarities to Out in the Dark, but a very different story.

Documentaries have always been well-represented at the festival; this year’s nonfiction selections include Roman Polanski: A Film Memoir, about the controversial but phenomenally talented filmmaker, and Bert Stern: The Original Mad Man, about the influential photographer and advertiser.

Don’t let my picks — or even an expert’s — sway you, though. “I can give you my personal taste,” Spitz Cohan says, “but I’d encourage people to go online and read the descriptions — we try to give people a clear idea of what they’re going to see, without giving anything away.” (Venue and ticket info on that page, as well.)

Compelling films at a fine theater — certainly enough motivation to make the trip. And if you’re on the fence … well, don’t be, frankly. “We’re always trying to encourage everyone — regardless of their religion — to come out to the festival. We try not to have preconceived notions of what is or isn’t a Jewish film, or of what is of interest to a Jewish or non-Jewish audience.”

“Everybody’s extremely excited about this year’s festival.” Count me among them.

(By the way: I’m told that many screenings are close to sold-out, so you’re strongly encouraged to get tickets in advance, online, at JFilmPgh.org. Furthermore, purchased tickets will be released if you’re not seated 10 minutes prior to showtime, so don’t be late.)