Catch Pittsburgh's Own Frank Nicotero at the Improv 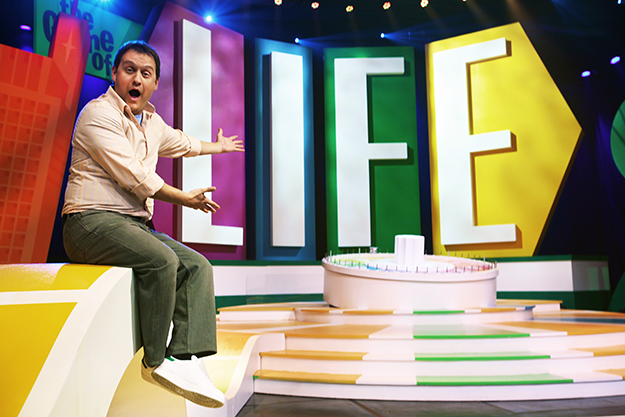 Catch Pittsburgh's Own Frank Nicotero at the Improv
The Pittsburgh Improv has become a great place for a homecoming. ’Burgh-raised comics Billy Gardell and Steve Sullivan have played the Waterfront venue after meeting with small-screen success in their sitcoms “Mike & Molly” and “Sullivan & Son.” And this weekend, crowds at the Improv will recognize another face from TV — but Frank Nicotero never had a sitcom.

Need a hint? Here’s a good one: Nicotero’s latest CD was called That Street Smarts Guy. North Allegheny graduate Nicotero hosted the widely syndicated “Street Smarts,” a game show that played off of random passersby cluelessly answer trivia questions, for five years; the show inspired spin-offs in France and Great Britain. In addition to “Street Smarts” and a host of other small-screen gigs, Nicotero has toured nationwide at colleges and clubs for 20-plus years. Don’t miss this crowd-pleasing comic in a rare hometown stop!

Great Ways to Get Scared
It’s the time of year when people try to find new and innovative ways to terrify themselves, and Pittsburgh — not the zombie capital of the world for nothin’ — is a great place to do it. In this week’s edition of After Dark, we’ll run down the grisly offerings at Pittsburgh’s twin titans of the haunt scene, The ScareHouse and Hundred Acres Manor; we’ll stop in to see what’s creeping around Kennywood for this year’s Phantom Fright Nights; and we’ll explore a few great ways to scare yourself stupid on the big (and small) screens. After all, if Christmas can last a good 60 days or so, Halloween can, too.

City Theatre's Maple and Vine Takes Mad Men Style to a New Level
City Theatre is starting the 2012-13 season with Jordan Harrison’s Maple and Vine, a show that The New York Times described as “…sharply drawn and funny.” Directed by Kip Fagan, this production will take you away from the fast-paced pains of our time and land you back in 1955. Join the main characters as they revel in the “American dream” while confronting some important questions. Opening night is Friday, Oct. 19 — but you can dress the part for discounts between Oct. 13 and Nov. 4 to join their journey. Just remember: The grass isn’t always greener in another era.

In Theaters: We don’t mean to alarm you, but we’re facing one of the biggest movie weekends of the year ’round here. Ben Affleck’s hotly anticipated Argo, about an extreme plan to free a group of hostages in Iran, is the main event. But then there’s brilliant writer/director Martin McDonagh’s Seven Psychopaths, with Christopher Walken, Woody Harrelson, Sam Rockwell and more. There’s the already-acclaimed horror flick Sinister and the under-the-radar (but loudly buzzing) scare anthology V/H/S. And there’s probably someone somewhere who wants to see Kevin James in the comedy Here Comes the Boom. PM Film Editor Sean Collier will be on the 102.5 WDVE Morning Show Friday at 7:15 a.m. to review Argo, Seven Psychopaths and V/H/S, and he had to restrain himself to limit it just to those three.

Do you believe in ghosts — or do you just like to get freaked out? No matter how you answer, a visit to the Nemacolin Castle may satisfy your Halloween fancy. Through Oct. 31, the Brownsville Historical Society will sponsor Saturday and Sunday fall ghost tours of Nemacolin Castle. Check out nemacolincastle.org for the info.

And if you need something to take the edge off after getting spooked (or before), the Cystic Fibrosis Foundation and Three Rivers Underground Brewers want to invite you to help them in “Brewing Up a Cure.” On Saturday, you can enjoy an evening of entertainment and home-brewed beer at the PPG Wintergarden. Info available at brewingupacure.org.

This article appears in the October 2012 issue of PMWeekend.
Categories: Things To Do