Plus, Gab Bonesso bends stand-up to her will and a non-traditional Christmas experience at The Warhol. 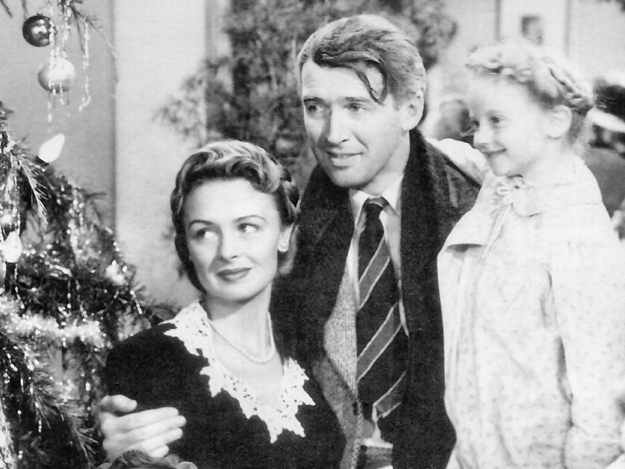 IT REMAINS A WONDERFUL LIFE
How many times, roughly, have you nodded off to the Frank Capra classic It’s a Wonderful Life, sated on Christmas dinner and an eggnog … or six? Enough that you don’t actually remember how the film goes at this point? Get a refresher course next week at Regent Square Theater, as the film will be presented for free—as long as you help spread that holiday cheer by bringing canned goods for the East End Cooperative Ministry’s food drive. No matter how well you know the holiday favorite, it’ll gain something on the big screen. And it’s a great opportunity to remember the less fortunate and help keep hunger to a minimum this holiday season.

GAB BONESSO BENDS STAND-UP TO HER WILL
Comedian and performer Gab Bonesso—a former Best of the ’Burgh Reader’s Poll pick for Best Comedian—has long danced on the border of comedy, theater, performance art and general mayhem. Her style is so unique (and her material so singular and specified to her life) that branding it simple stand-up is off the mark; in performance, Bonesso is something else entirely, a whirlwind of humor, confession and theatrical abandon.

While she frequently performs at Brillobox and the Cabaret at Theater Square, her most involved and intense performances usually take place at Bricolage Theater, where Bonesso has found an outlet for the full range of her creativity. This Saturday, she takes to the stage with “Comedy + Tragedy = Gab Bonesso, A Comedy Show with Levels;” the one-woman show promises an hour of new material honed during the past year. She’ll be joined by musical guest Josh Verbanets and host John McIntire.

AFTER DARK: NOT EXACTLY A TRADITIONAL CHRISTMAS AT THE WARHOL
Throughout 2011, The Andy Warhol Museum has presented exhibitions by a number of cutting-edge artists that explored the dialogue we enter with religion; these presentations, collectively called “The Word of God,” are designed to provoke “interfaith understanding,” in something of an unexpected way. The current incarnation, from Californian Jeffrey Vallance, is an appropriately Warhol-esque combination of curiosity, artistry and mischief. Combine that with “FROSTBITE,” a “Festive Winter Solstice Celebration” from the Carnegie Mellon University students who make up the museum’s Pop Cabaret, and hanging out at Andy’s isn’t exactly midnight mass. Read all about it in this week’s edition of After Dark!

IN THEATERS THIS WEEKEND: New films coming to Pittsburgh this weekend include another caper from everyone’s favorite detective, Sherlock Holmes: A Game of Shadows; an action spectacular starring current ’Burgher Tom Cruise, Mission Impossible: Ghost Protocol; insufferable falsetto caterwauling in Alvin and the Chipmunks: Chipwrecked; and the only new release not to feature a colon, Young Adult. PM Film Editor Sean Collier caught an early screening of Young Adult; between an unconventional, captivating story and pitch-perfect performances by Charlize Theron and Patton Oswalt, he recommends it highly.

Get your tickets now to see the hilarious Joe Torry perform this Saturday at the August Wilson Center for African American Culture.  In addition, you'll be able to hear comedienne Comma'Dee and Pittsburgh native (and jazz keyboardist) Kevin Howard. READ MORE.

When you're driving around looking at Christmas lights, don't forget to visit Phipps Conservatory for the Winter Flower Show.  Be whisked away to the land of sweets in this Nutcracker-themed exhibit. READ MORE.

There will not be a PM Weekend newsletter next week. Happy Holidays from Pittsburgh Magazine!

This article appears in the December 2011 issue of PMWeekend.
Categories: Things To Do