After more than a month of renovations, the fourth floor space will reopen Saturday with a nature-themed exhibit designed for children 6 and under with new features and revamped favorites. 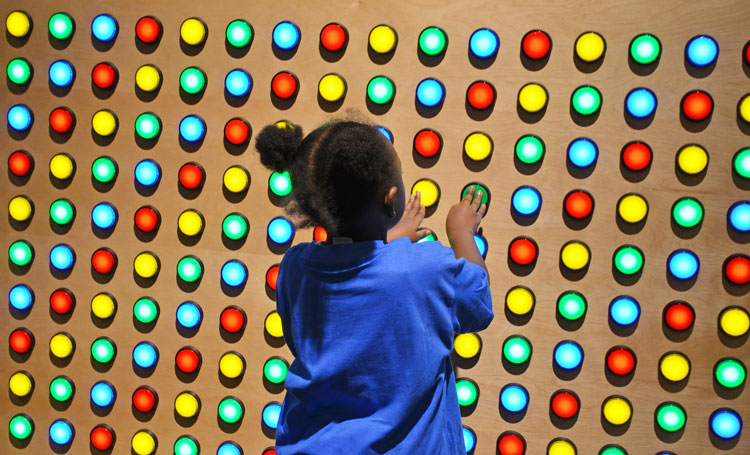 Photos by Lauren Davidson and the Carnegie Science Center

One of the new features inside the Little Learner Clubhouse, the newly revamped exhibit for the under-6 set at the Carnegie Science Center, is “The Button Wall.”

If you find just the right one (hint: it’s one of the green ones) you’ll set off a stream of bubbles around the corner. Most of the other buttons generate fun sounds, but a few others will jumpstart other special effects around the room, which includes other fun new additions along with many of the same features previously housed in the fourth floor space for early learners. 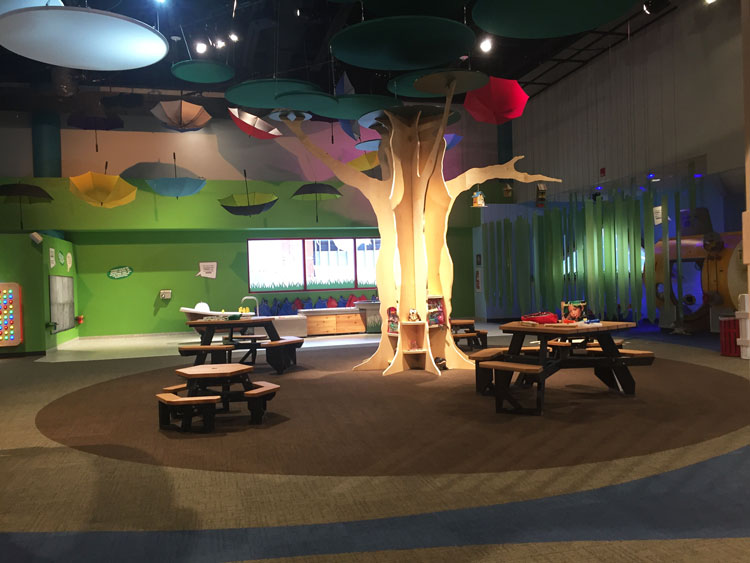 The new Little Learner Clubhouse, which is funded by PNC’s Grow Up Great early childhood education initiative, is nature-themed; there’s a Gathering Tree in the middle housing educational toys and stuffed vegetables in the Baby Garden designed for crawlers or new walkers. The water play area has been redesigned to take little learners through the natural cycle of water (from a fishing pond complete with fishing poles to a winding stream where kids can race play leaves to a plumbing system with pipes to a bathtub).

“It’s a more natural, calming kind of space,” says Dennis Bateman, senior director of exhibits and experience, who noted the plastic purple panels that used to enclose the space now have a natural wood look to them. 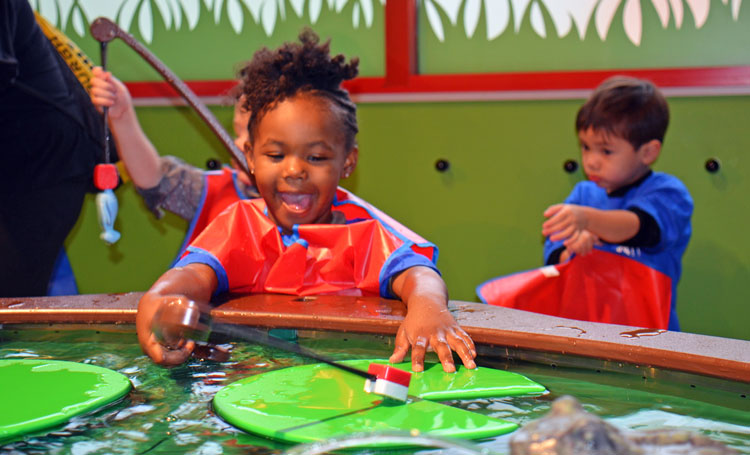 The ball area has been revamped into “The Tomato Stand,” with red and green balls kids can place through conveyors and vacuum tubes that Bateman says help them understand the concept of action/reaction. The yellow submarine, a favorite piece of the exhibit, is still there, located behind a kelp bed.

“Children are born scientists, brimming with natural curiosity, and their preschool years are critical for exploration and brain development,” Ron Baillie, co-director of Carnegie Science Center, said in a statement. “In pre-kindergarten years, children who engage in STEM practices such as asking questions and forming explanations build a strong foundation for skills learned throughout their lives.”

The new exhibit is also ADA-accessible — the water area is more open and the picnic tables that have been added around the Growing Tree have wheelchair-accessible seating.

The exhibit, which closed for the renovations in January, opens to the public at 10 a.m. Saturday. 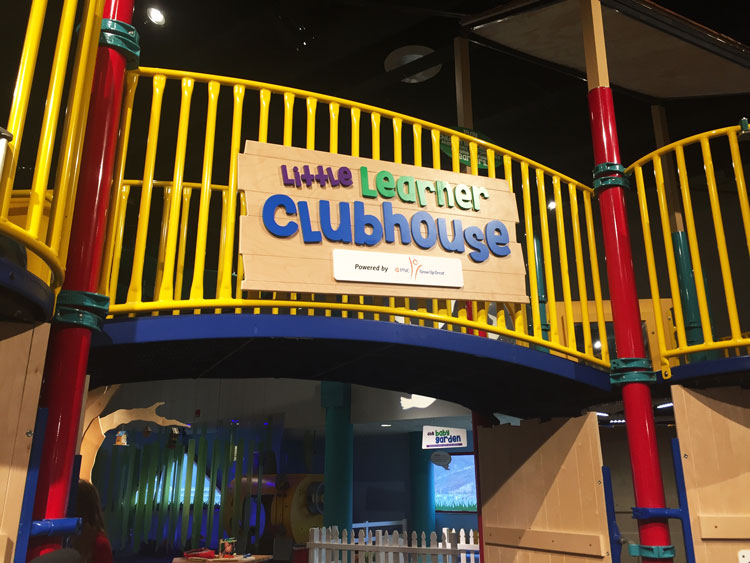