New exhibition at the Carnegie Museum of Natural History tells the story of poison in the natural world. 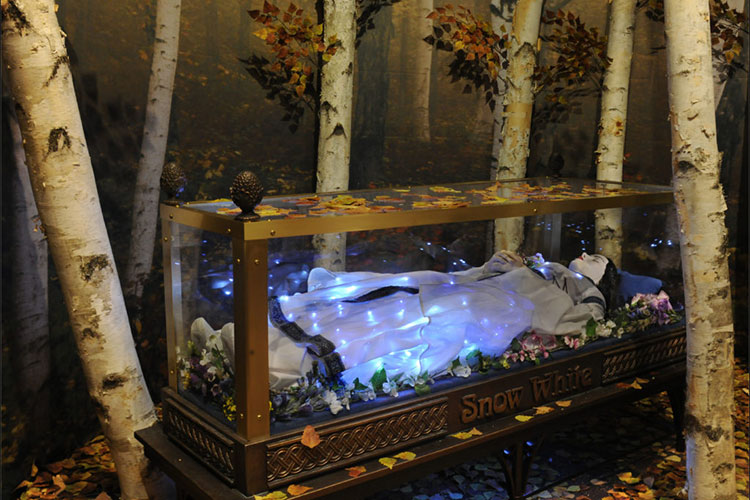 The R.P. Simmons Family Gallery has been transformed into a dark, mysterious forest. Visitors wander the wooded pathway, surrounded by magnified replicas of venomous creatures and life-sized scenes from fairytales.

“It tells a story about poison in the natural world,” says Becca Shreckengast, director of exhibition experience. “[It talks about] plants and animals, and then it describes some of the folklore around poisoning.” 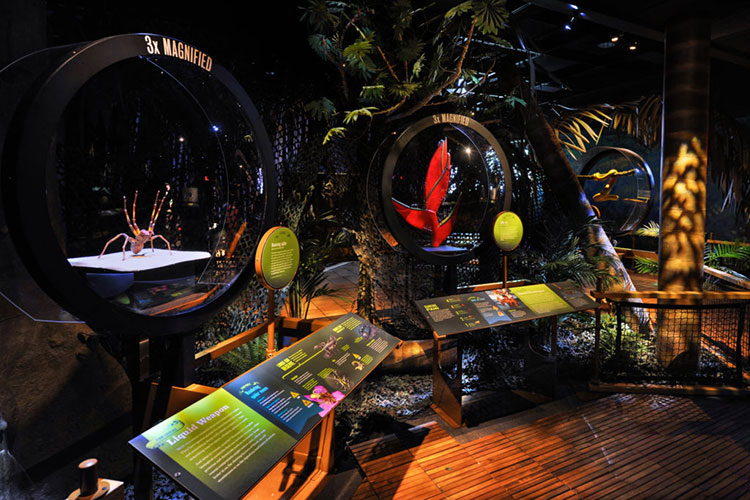 According to Shreckengast, the exhibition features interactive media displays, such as a botanical book with images that move as you turn its pages, a projection that tells the story of an ancient Greek poisoning, live animals living in the exhibit and solvable mysteries for visitors.

“It’s a great family exhibition, with lots for children to view, and it has a pop culture theme,” says Shreckengast, referring to the exhibition’s incorporation of poisons used in fiction stories involving such characters as Harry Potter, The Princess Bride, Snow White, the Mad Hatter and Macbeth.

Shreckengast says the addition of the exhibition also has allowed museum curators to dive into permanent displays to identify even more poisonous specimens throughout the facility, “to find out what we could show to tell more stories about poison.”

“We have this blue asbestos mineral that really is sort of a fine specimen that looks sort of like hair,” she says, naming examples. “Any particle in the lungs causes irreversible lung damage… [And we have] Kimber rattlesnakes collected in the early 1900s – the curator actually died from [the rattlesnake venom].”

Related: He Loves the Nickname: They Call Him Dr. Yuk