The new bar carries the legacy of two bygone establishments and is an easy winner in the middle of the river. 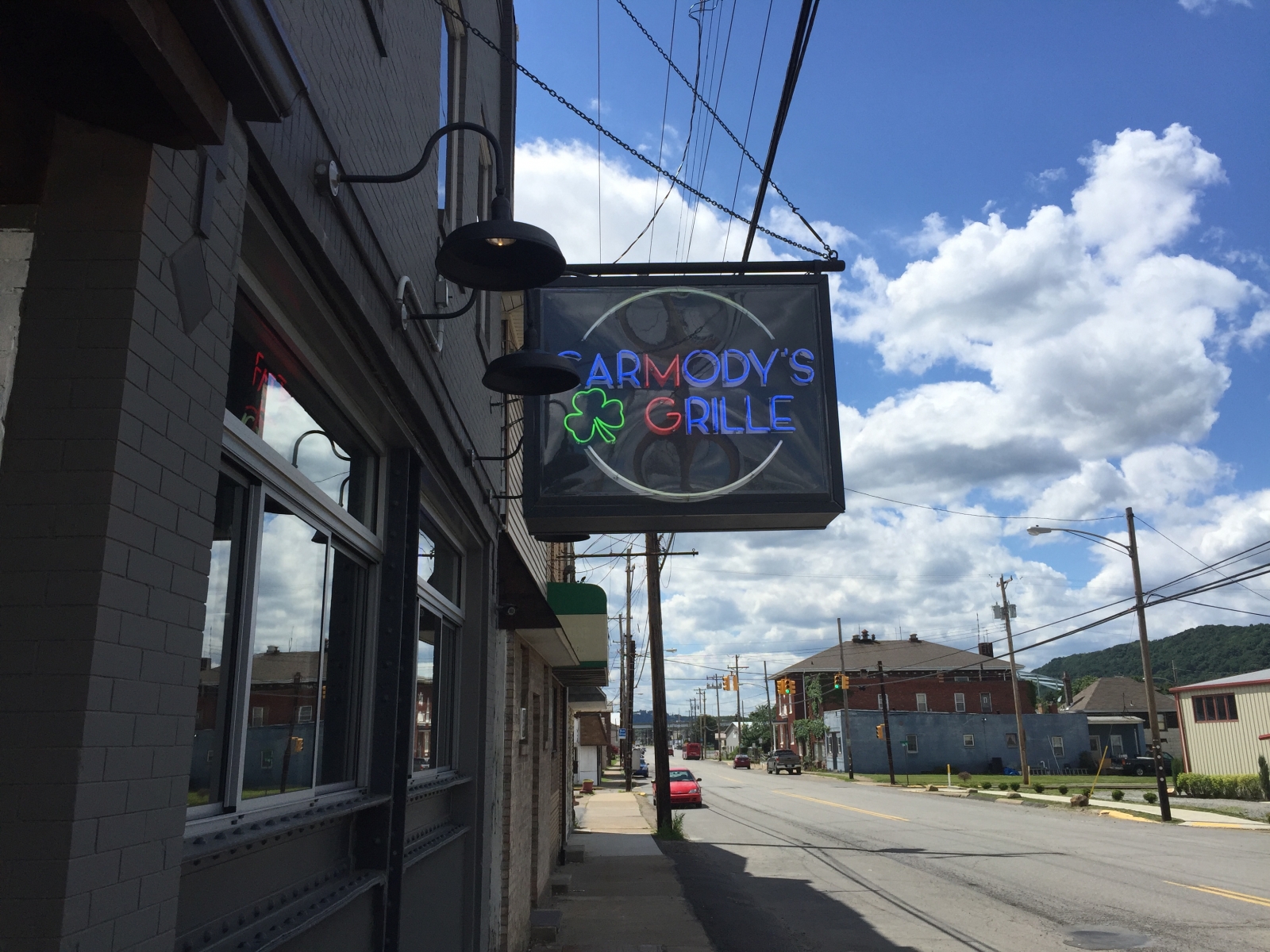 Among the sizable islands near the Point, Neville is still the undisputed champion.

Picturesque Washington’s Landing — the home of the Pittsburgh Magazine offices, incidentally — is certainly a lovely place to spend an afternoon. And quiet Brunot Island, inaccessible unless you’re working there, has plenty of intrigue. But sprawling Neville Island, nearly five miles long, remains its own neighborhood, with its own character, history and quirks.

Now, Neville Island also has perhaps its signature bar in Carmody’s Grille. The space on Grand Avenue previously housed the Neville Hotel Bar & Grille, a humble neighborhood watering hole; the neon sign from that pub still hangs above the bar at Carmody’s. That’s not the only legacy the new spot maintains, however; its name was handed down from Carmody’s Restaurant and Lounge, a longstanding Franklin Park landmark that closed in 2014. The new Carmody’s is owned by Paul and Sean Carmody, grandsons of the proprietors of the former establishment.

Carmody’s Grille is easy to miss as you cruise down Grand. But approach on foot and you’ll note the spacious outdoor courtyard flanking the main dining room consisting of a long bar and about ten tables. Decked out in brick and wood and minimal decor, it’s an unassuming spot for an afterwork meeting or a solo stop for a few innings of a Bucco game.

Beer is your drink at Carmody’s, thanks to a respectable draft list — heavy on craft favorites like New Belgium, Victory and Dog Fish Head, if a little light on local brews — and more variety in bottles. While there’s no cocktail list to speak of, bartenders can make the basics and a simple wine list will likely leave the beer-averse with a decent choice.

The menu is short, but filling. Opt for the artichoke and kale dip, which could be a more-than-satisfying lunch entree on its own. The grilled chicken sandwich I tried hit the spot as well, and the fries had more than an echo of the Potato Patch in them. This is a place to eat heartily — a post-visit nap may well be in order.

I’m not sure that Carmody’s is a destination bar, but if you have reason to stop on the island — a hockey game at the nearby RMU Sports Complex, perhaps? — this should be your go-to. And as I sipped my beer and gazed out at the neighborhood, I realized that this is also a fine escape. We spend plenty of time drinking and socializing in Lawrenceville and East Liberty — sometimes, you want to go out of your way in pursuit of a bit of quiet relaxation. Head to the island.