Lyle Lovett, The Breeders and Ghostface Killah rock the 'Burgh this weekend. 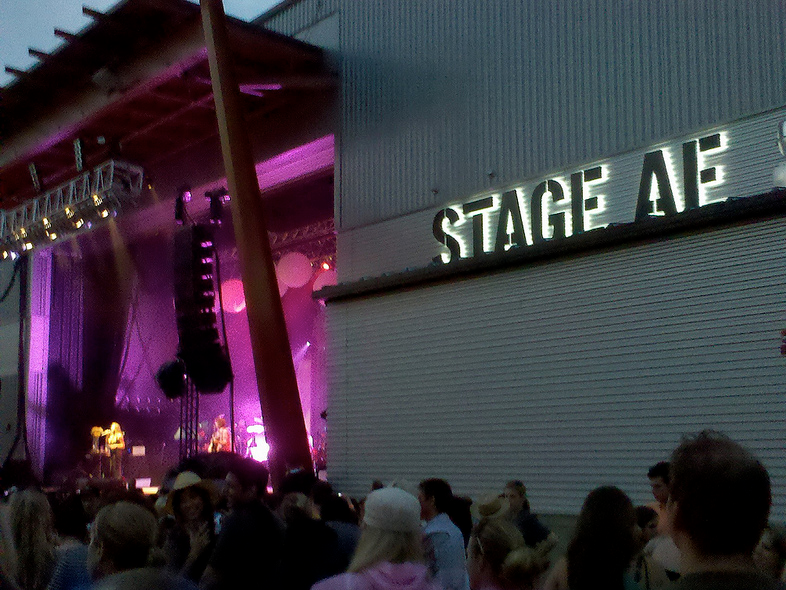 A great show for every 'Burgher
Summer in Pittsburgh has decidedly arrived — Kennywood’s open, the Pirates have shaken off their opening-day jitters and every restaurant worth its salt is dusting off the outdoor seats. (More on that in our June issue, by the way.) But warm weather in the ’Burgh also means can’t-miss concerts on a nightly basis.

For this weekend’s shows, things should break down neatly by generation. Boomers can make tracks to Homestead’s Carnegie Music Hall to catch songwriter and performer Lyle Lovett tomorrow at 8 p.m.; after a full-band appearance at Stage AE two summers ago, Lovett is back with a four-piece for this show. Generation X should head to Millvale to catch the beloved cult alternative act The Breeders at Mr. Small’s Theatre, also tomorrow at 8 p.m. Fronted by Kim Deal (more famously of The Pixies), the band is celebrating the 20th anniversary of its acclaimed album Last Splash. Mr. Small’s will be surrendered to the Millenials on Saturday, when Wu-Tang Clan member Ghostface Killah arrives in support of his acclaimed new album, 12 Reasons to Die.

Watch the Pittsburgh Marathon with a pint in your hand … or pancake on your fork
The Dick’s Sporting Goods Pittsburgh Marathon continues to grow, with more events and family-friendly activities added annually. If you’re not lacing up your running shoes, though, you might be in search of a great spot to catch the runners in action — and we specialize in suggesting places to hang out with something tasty to eat and cool to drink. So this week, we’re sharing tips on how to get a glimpse of the big race … with a beverage in hand. Get our race-route picks in this week’s edition of After Dark!

Pulitzer- and Tony-winner 'Clybourne Park' at Pittsburgh Public
When you hear the title of Bruce Norris’ Clybourne Park, you might expect a routine exploration of family and life — but the lauded play is so much more than that. Picking up where Lorraine Hansberry’s Raisin in the Sun left off, Norris begins in 1959 Chicago, with Raisin character Karl Lindner attempting to discourage a white family from selling 406 Clybourne St. to a black family. By the time the second act ensues (jumping to 2009), the entire neighborhood surrounding Clybourne is predominantly black — triggering a similar situation between a dissuasive black couple and white buyers that want to demolish the old property. Is this karma at its most poignant or just politics in real estate?

This weekend, catch Pittsburgh Public Theater’s presentation of the award-winning ensemble production. Warning: Clybourne Park is not for the easily offended. But if you can laugh out loud at issues of race, real estate and community politics, then it’s a must-see show.

In Theaters: Iron Man successfully sent alien invaders back to another dimension in last summer’s The Avengers, so it makes sense that no mere movie would try to go up against him. This week, Marvel’s Iron Man 3 runs unopposed, appearing on just about every screen in the area with all the obligatory 3-D trappings. PM Film Editor Sean Collier will be on the 102.5 WDVE Morning Show Friday at 7:15 a.m. to offer his thoughts on Iron Man 3. Will Robert Downey Jr. and company bring another hit to the Marvel franchise, or will they crumble under the weight of Hulk-sized expectations? Find out Friday morning at 102.5-FM or DVE.com!

For those with more whimsical wants, the ToonSeum is celebrating Free Comic Book Day on Saturday with costume contests and comic giveaways for the whole family — plus an after party for those who are 21 and older. Click here for details. —K.H.