Can You Really Learn CPR in Pittsburgh in Five Minutes?

We put two of our interns to the test at the Carnegie Science Center. 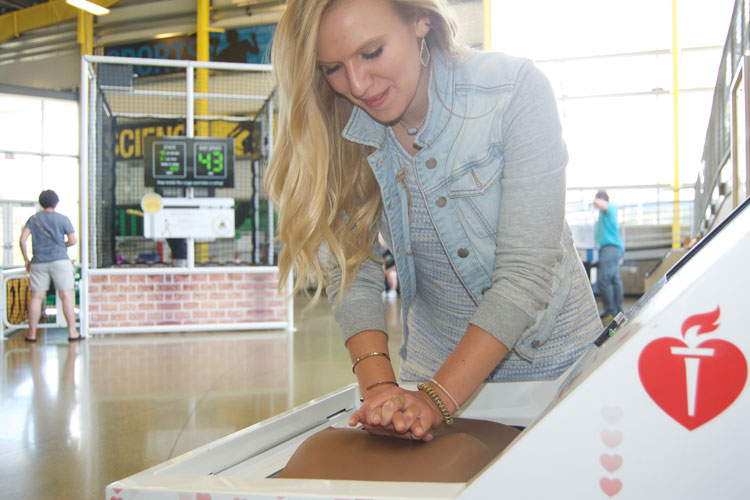 SportsWorks, part of the Carnegie Science Center, is like a beehive. With dozens of interactive games and displays – including a brand new, massive ropes course  – and kids in matching summer camp T-shirts rushing around, the building is bustling with activity.

On the sidelines sits a red-and-white kiosk labeled with the emblem of the American Heart Association. It contains one of only five self-teaching CPR machines in the country and the only one located in a science museum. 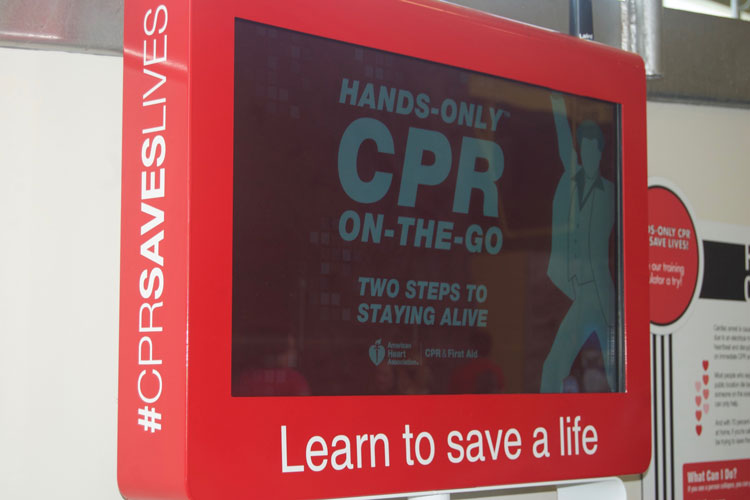 The kiosk contains a monitor on which an avatar appears and gives explicit instructions on how to perform CPR; there’s a dummy attached for anyone to practice and test themselves. The objective is to teach a person how to perform CPR in less than five minutes.

We set out to see if this life-saving technique can really be mastered that quickly.

The instructions provided by the avatar were very specific: perform chest compressions with a force of about 50 kg at a rate of about 100 beats per minute. During the test phase, the machine plays “Stayin’ Alive” by the Bee Gees to help you stay on beat. There is a demonstration to show you how to fold your hands properly and how to position them on a person’s chest. 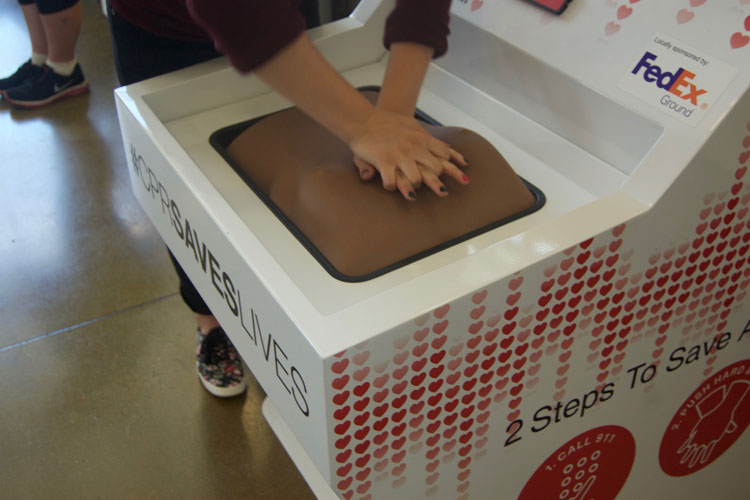 The machine monitors the force and rate at which you perform chest compressions on the dummy and scores your compressions at the end of the test. After receiving scores ranging from 0 to 33 percent, we questioned our ability to save a life. However, we think with some practice our scores would improve, and knowing the basics may be enough to keep a person alive until a professional steps in.

Dennis Bateman, Carnegie Science Center director of exhibits, says the CPR machines have already made a difference in Pittsburgh.

“There is a guy from Pittsburgh whose life was saved by someone who had just seen this in an airport,” he says, referencing Sean Ferguson, a man from Hampton Township who went into cardiac arrest after being struck by lightning. “It’s a life-saving activity.” 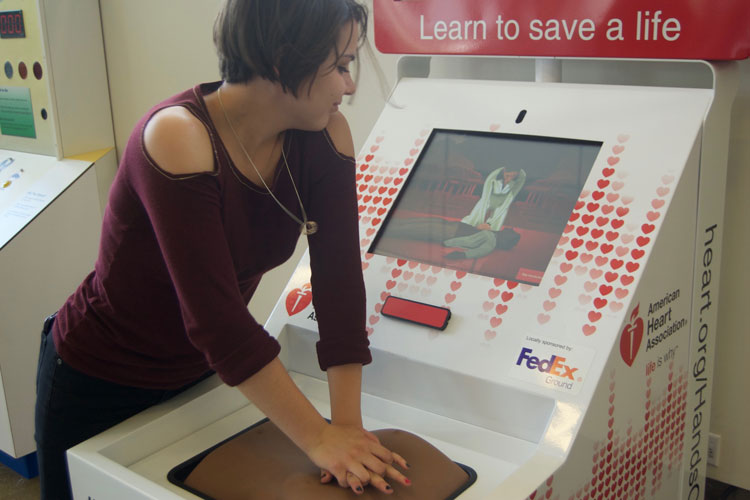 Either way, the kiosk is an excellent addition to SportsWorks, and it might just inspire more people to become CPR-certified. Bateman says it fits right into the atmosphere and values of SportsWorks.