Can You Name All of the Lists Pittsburgh is On?

Pittsburgh's first significant nationwide ranking was more than three decades ago –– and a lot has changed since then. 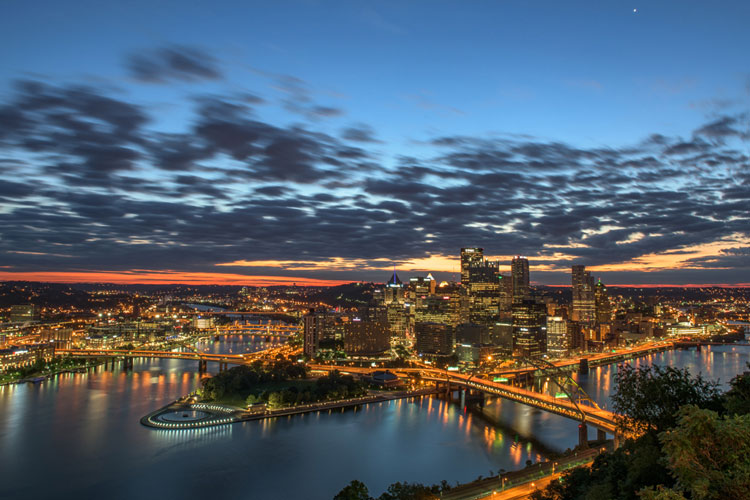 It’s been over 30 years since Pittsburgh was first named Most Livable City by Rand-McNally in 1985.

Since then, Tom Loftus, chief marketing officer at VisitPittsburgh, has determined two specific events that explain when Pittsburgh began to make headlines: when the steel mills closed in the 1980s and when the city hosted the G20 Summit in 2009.

“When the steel mills closed, the city was forced to figure out what to do overnight,” he says.

After the closures of the steel mills, Loftus says Pittsburgh began to lean toward making a name in education and medicine, but it wasn’t until the G20 Summit that it began to get attention for the current rejuvenation we see today.

“The G20 Summit opened up the eyes of the world to Pittsburgh,” says Loftus.

It was in 2009, the same year as the Summit, that the Economist Intelligence Unit began placing Pittsburgh at or near the top of its Global Livability Ranking. The city made an appearance again in 2011, 2012 and 2014.

Pittsburgh’s traction continues internationally this year with Harper’s Bazaar ranking it No. 4 in Best Places to Travel in 2017 behind New Zealand, Canada and Finland. Loftus says Pittsburgh has become an international destination for residents from the United Kingdom, Germany and China for its “all-American” lifestyle.

Here are a half dozen more of our favorite rankings:

While it’s been awhile since Pittsburgh has been called the Most Livable City, it now ranks No. 41 on the Economist Intelligence Unit’s 10th annual “Global Livability Ranking” behind five other U.S. cities.