The app-powered car service is gearing up to launch in Pittsburgh. 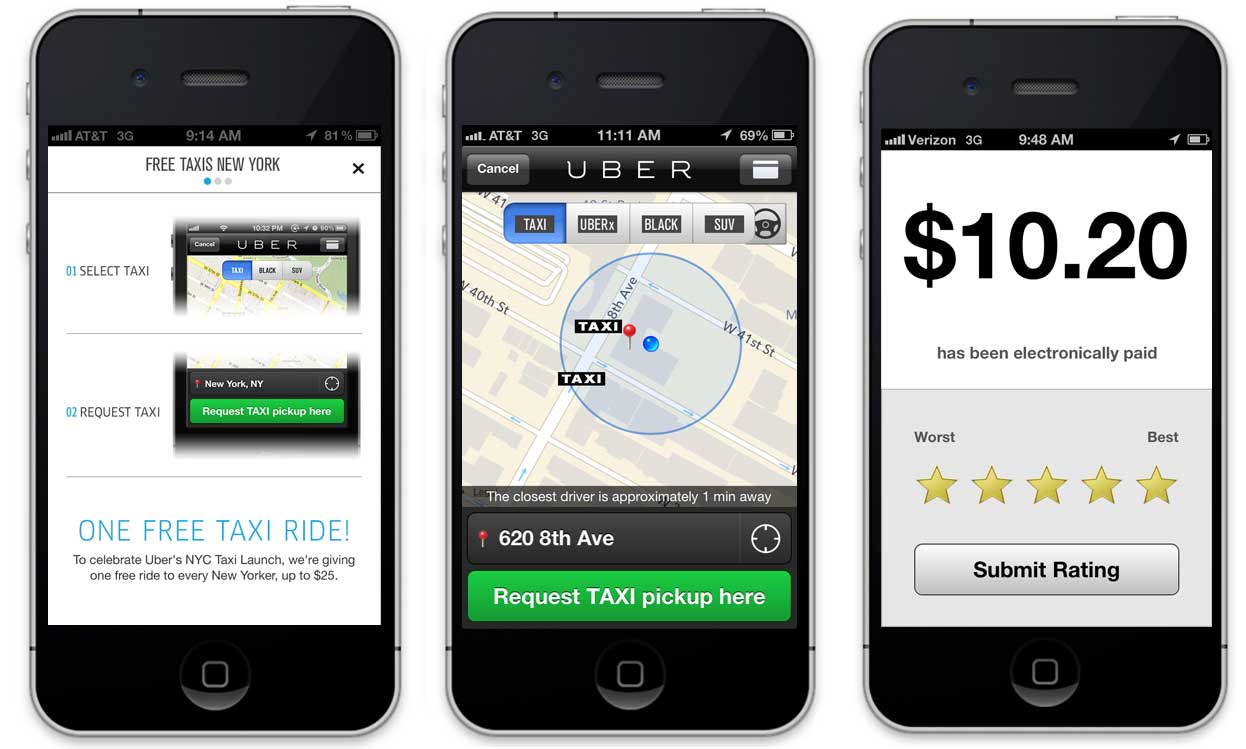 What will Pittsburgh soon have in common with London, New York and Sydney? It's one of the next cities to host Uber, a taxi-like service that allows you to call for a car from your phone, which automatically lets the driver know your location.

You can select a taxi, luxury car or SUV, and Uber’s app displays the driver’s exact GPS location on a map and estimates their arrival in real-time. You can even read reviews from previous riders before selecting your driver, and the entire transaction is completed via credit card through the app (no cash, no tip, no aggravation).

That sound you just heard was the joyful weeping of anyone who has ever stood on Carson Street at 2 a.m. looking for a Yellow Cab in a sea of shady jitneys.

Uber's website has put out a call for managers (who will be based in Philadelphia) to pioneer the service in Pittsburgh. We will be one of only 40 cities in the world to have an Uber presence. 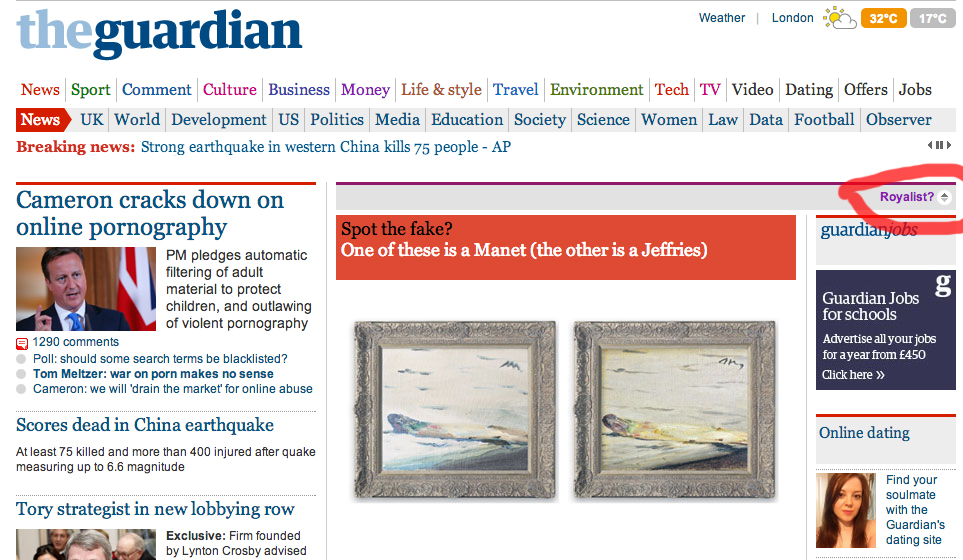 #Media: Filter out Royal Baby news on The Guardian

Even an ocean away, all the buzz on social media today is about what’s going on in England.  If you’ve been living under a digital rock, Kate Middleton and Prince William are about to have their first royal child.

Don’t care? The Guardian can help you out.

The British news outlet has included a link, just above a bevy of royal baby coverage, titled: "Not a royalist." One click and you’re royal-baby news free. If you find yourself unable to go any longer without knowing just how many pounds the future queen or king of England weighed at birth, or what advice Pippa gave the parents-to-be, you can always choose "royalist" and be inundated with coverage once more.