Caitlyn Och and Drew Navikas wed July 29, 2006, in a traditional ceremony in Mount Lebanon followed by a reception atop Mount Washington.

When Caitlyn Och asked her honors-biology lab partner, Drew Navikas, to be her senior prom escort at Mount Lebanon High School, she had no idea that one day he would ask her to be his wife. It wasn’t until after they went away to college-she in Baltimore at Towson 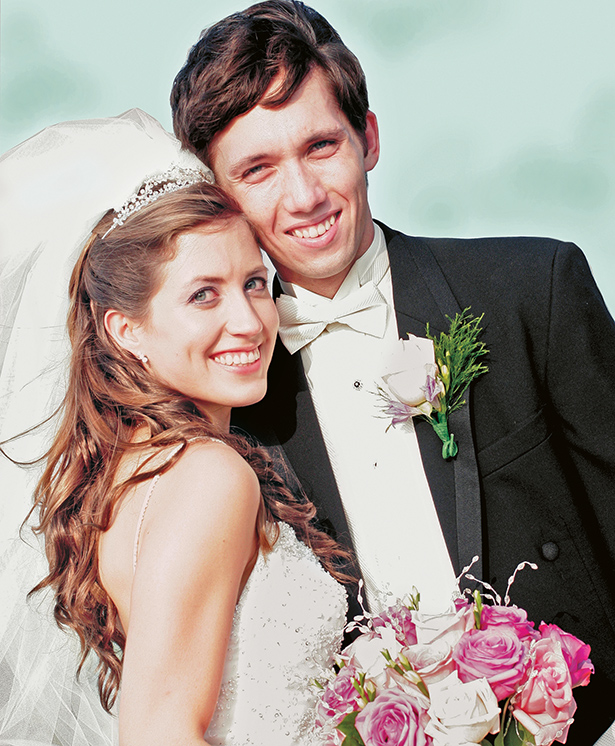 University, he in Washington, D.C., at George Washington University-that they finally went on their first real date in the fall of 2004. They shared a romantic dinner at Clyde’s of Columbia, a restaurant sitting on the bank of Lake Kittamaqundi in Columbia, Md. Nine months later, Drew took Caitlyn back to the restaurant where they had their first date and proposed marriage. The couple was wed July 29, 2006, in a traditional ceremony in Mount Lebanon followed by a reception atop Mount Washington. Caitlyn and Drew are now living in Los Angeles, where they both work as teachers.

Ceremony: St. Paul’s Episcopal Church on Washington Road in Mount Lebanon was the site for the nuptials. The ceremony was officiated by the Rev. Martha Eilertsen, a long-time friend of the bride’s family. Caitlyn is the daughter of Joe and Jacqui Och. 412/531-7153, stpaulspgh.org.

Reception: An elegant reception was held at Le Mont Restaurant on Mount Washington. Directly after Caitlyn and Drew were introduced as husband and wife, the bride and groom had their first dance to "More," a recording featuring vocal by Frank Sinatra with Count Basie Orchestra. Le Mont, 1114 Grandview Ave., 412/431-3100, lemontpittsburgh.com.

Centerpieces: The bride decided that she wanted two different centerpieces; some tables had glass vases filled with three shades of roses, cream hydrangeas and pink snapdragons decorated with opalescent ribbons and lavender and silver confetti tulle, while others had white glitter candles with crystals and rose petals placed on lavender and silver confetti tulle. Both arrangements were surrounded by votives. Melissa Sacco for Blooming Dahlia Florist, 308 Beverly Road, Mount Lebanon; 877/268-1499, bloomingdahlia.com.

Invitations: Marie Navikas, the mother of the groom, created and designed the invitations with the help of paperdirect.com. They were printed by Banksville Express Printing, 2239 Banksville Road, Dormont. 412/571-0333, banksvilleexpress.com.

Bridesmaids’ dresses: The six bridesmaids wore fuchsia and lilac A-line gowns designed by Lazaro. The gowns were made of double-faced taffeta and included a draped sash at the waist and sweep train. Bridal Beginnings, 450 Cochran Road, Mount Lebanon; 412/343-6677. 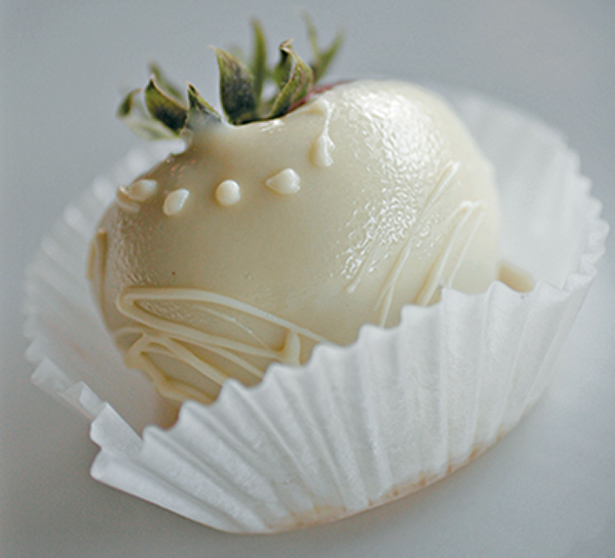 Honeymoon: The newlyweds honeymooned in Kauai, Hawaii. They spent the week relaxing, snorkeling and hiking.

DJ/Band: Musical entertainment was provided by Upbeat Entertainment. The husband-and-wife team of Tim and Janet Gillner collaborated with the bride and groom to be sure that the musical selections were perfect for their big day. 412/563-2772, upbeatent.com.

Favors: Signature Desserts created chocolate-covered strawberries decorated to resemble a bride and groom for the guests to take with them.

Most Memorable Moment: As Caitlyn and Drew reflected upon their wedding day, the first image that came to mind for both was the walk down the aisle. For their guests, however, everyone joining in a grand kick line to "New York, New York" made this one wedding they will never forget.

This article appears in the November 2006 issue of Weddings.
Categories: Weddings