The two issues may be more related than you think. 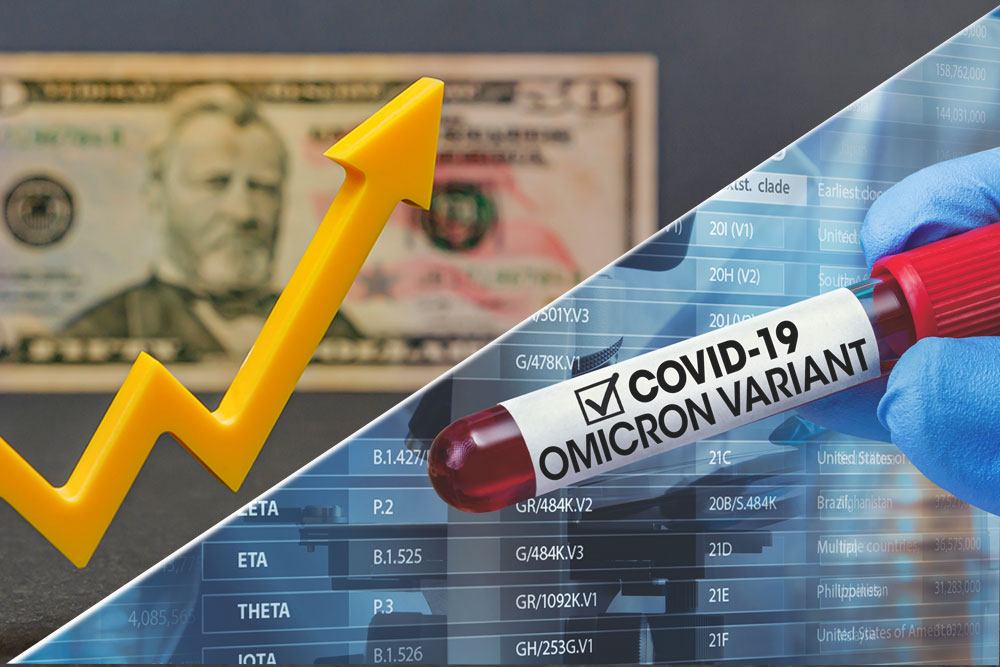 Between doom-scrolling social media feeds and a barrage of nightly news updates, it seems there’s a lot to be concerned about these days.

For many, two of the most pressing issues to come out of the last few weeks are the continuing threat of inflation as we enter the holiday shopping season and the developing danger of Omicron, a highly mutated new variant of the coronavirus that has been reported in more than 30 countries as of Dec. 3 — including the United States. For Pittsburghers, the pocketbook issue of inflation is most worrisome.

A recent Gallup poll found that inflation is causing hardships in almost half of American households. The poll found that 45% of households report that recent price increases are causing their family some degree of financial stress. Ten percent describe it as severe hardship affecting their standard of living, while another 35% say the hardship is moderate.

Seven out of 10 lower-income Americans are experiencing hardship as a result of inflation, with 28% describing the hardship they are experiencing as severe and affecting their ability to maintain their current standard of living.

“As Americans sail into peak holiday shopping season and winter temperatures bring bigger heating bills to much of the country, nearly half of U.S. adults already report that price increases are causing them financial hardship,” the poll’s report read. “Rising prices are expected to persist, meaning more Americans are likely to report hardship and those most vulnerable are likely to see things get worse before they improve.”

With Omicron cases reported in California, Colorado, New York and Minnesota so far, the potential threat of a new variant has also stoked concern. In an ongoing CivicScience poll, the highest proportion of Pittsburghers — 38% — said they’re somewhat concerned about the new strain as of Friday, while 31% said they weren’t concerned at all, 25% reported feeling very concerned and 5% weren’t sure.

Furthermore, 32% of respondents said they think omicron will eventually become the dominant strain of coronavirus worldwide. Another 27% said they thought it was somewhat likely, 26% said it was not likely at all and 16% had no opinion.

There are also moderate fears that the new variant could cause another major wave of infections this winter. While 33% of Pittsburgh adults said they didn’t believe this was likely, 32% felt it was very likely and 27% thought it was somewhat likely. Eight percent had no opinion.

The Financial Times reported this week that the issues of the omicron variant and inflation may not be able to be so neatly separated; the omicron variant may fuel soaring inflation in the U.S. by putting further pressure on weak supply chains and worsening worker shortages, it said. In the article, Loretta Mester, president of the Federal Reserve Bank of Cleveland, said the fear of the virus remains one of the factors holding people back from re-entering the labor force.

There isn’t a great deal known about omicron as of now, but the World Health Organization has identified it as a “variant of concern.” It also warned earlier this week that it poses “very high” global risks “despite what officials described as a multitude of uncertainties,” according to the New York Times.

One of the concerns about this variant is an increased risk of reinfection, WHO says.

Nevertheless, world leaders and experts are urging the public not to panic, and to get vaccinated if they can. Folks can also keep themselves and each other safe by wearing well-fitting masks, washing their hands, physically distancing themselves, improving the ventilation of indoor spaces and avoiding crowds when they can.