Butler, Bison and Beer: Butler Brew Works Has Something for Everyone 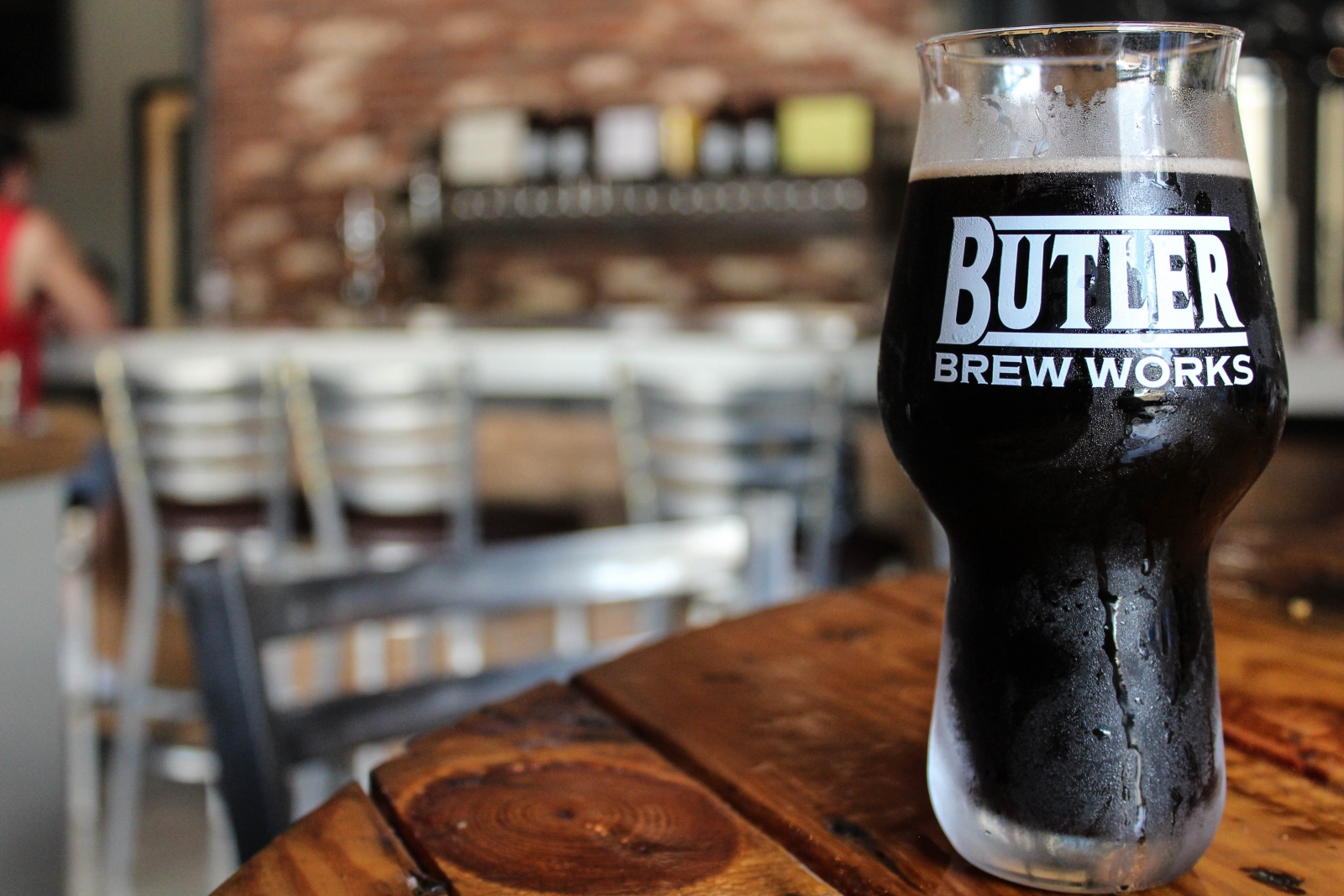 While I was driving through the downtown of Butler, artists were on seemingly every corner painting murals as part of the Butler Brush-Up event. I’m far from an expert in architecture, but it was quite clear that the initial construction of the buildings that line Main Street occurred many years ago. Before my eyes, I watched as the freshly painted, bright artwork rejuvenated the old architecture.

More than just the buildings, the businesses themselves have strong ties to the past — it felt as though half the store fronts were for antique shops. But just like the new murals, Butler Brew Works gives new life to Main Street.

The outside of Butler Brew Works — which opened in mid-July — doesn’t do justice to the interior. Brick and wood-paneled walls with metal accents create an industrial and modern feel. Glass panels next to the bar give a peek into the on-site brewery.

After taking in my surroundings, I sat down at a high-top near the bar where a draft list and lunch menu awaited me. With Butler Brew Works still in its opening weeks, not all of the items on the draft list were available (I guess I’ll have to return to try the Amber Ale, which features notes of caramel and butterscotch), but I was happy with my choice, the Raspberry Porter. A dark brew, the Raspberry Porter is infused with 100 pounds of locally sourced raspberries, and I’d recommend it for beer lovers and skeptics alike.

Butler Brew Works’ lunch menu — which is served from 11-5 p.m. — features both small and large plates. As someone who likes avocado on everything, it was impossible not to test out the fried avocado plate. Never before have I thought of frying avocado, but I am so glad that someone did. Served with beer mustard, the fried avocado had a great flavor combination and served as the perfect appetizer to my main course.

On the lunch menu, there are only three large-plate choices — but the limited options didn’t make it easy to choose. I don’t think I could have gone wrong with the bison burger, the short rib grilled cheese or the watercress-and-arugula tuna salad. Ultimately, I went with the bison burger.

The dish made one thing abundantly clear: Butler Brew Works is a place for more than just beer lovers. Served with garlic thyme roasted tomatoes, fried onions and garlic confit aioli, the bison burger was much closer to ‘gourmet’ than ‘bar food.’

As I enjoyed my meal, I was surrounded by a diverse crowd of professionals on their lunch break, locals out for an afternoon beer and others who made the trek from Pittsburgh. It is clear that where Butler Brew Works shines is within the local community. The bartender — a Butler native herself — informed me that the owners grew up in the area and have had plans for the brewery for five years. Finally open, anxious friends and locals already have happily made it into their watering hole of choice. While Butler may be a hike for some, for those who like good beer, good food and a good time, it’s definitely worth the trip.