Business Bout Wants to Give You $5,000 for Your Best Start-Up Idea

A business plan contest started by a band of 'Burgh-loving young professionals aims to launch the city's newest star-up star. 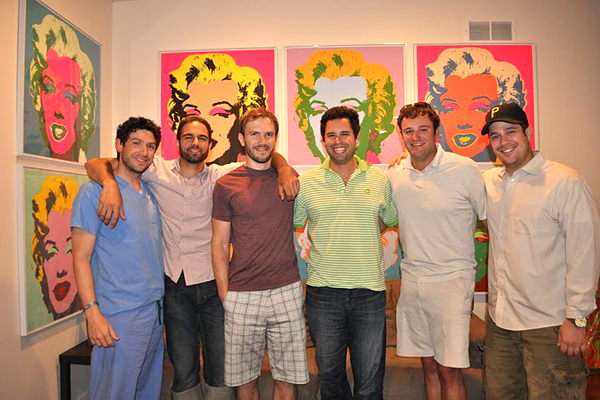 Luke Skurman knows how to throw a party.

After earning his Master’s from Carnegie Mellon in 2004, he looked around and noticed many of his friends and fellow grads following a familiar path—the one that leads away from Pittsburgh. Skurman was in the process of building up his business, the highly successful College Prowler (see our upcoming September issue for more on what they do,) and wanted to network with other young professionals who had remained.

So he threw a barbecue.

Skurman and friends offered free food and booze and invited the young professionals who had decided to find happiness and fortune on the three rivers, rather than take off for a bigger pond. As the parties grew, the group—a total of six in all, including three non-natives—started booking bands and DJs. Then they needed to move into a parking lot. At some point, they started taking donations.

For a time, these went to Pancreatic Cancer Research charities in the area. But at the most recent party, which hosted 850 young Pittsburghers and received sponsorships from Iron City and White Diamonds Vodka, a new idea started floating around. In one way or another, these fiestas were a celebration of young business in the ‘Burgh, so why not foster some growth?

Skurman and friends passed the hat until they had gathered $5,000. Now, through a nonprofit called Business Bout, they’re giving it away as seed money to a Pittsburgh entrepreneur. No ownership, no requirements, no strings attached. Got a good idea? Here’s five thousand clams.

“We really believe that there are awesome people and awesome ideas here in Pittsburgh,” Skurman says. And that should lead to big ideas that are hatched here and remain here. “We believe that it’s possible,” he adds.

Submissions, which are due by August 15, are a brief two-page description of the person and the idea. Applicants must not only explain their vision, but also talk about why they love Pittsburgh and want to remain.

The only limits: if there’s already an organization, it must be less than a year old, have three or fewer employees, and report less than $100,000 in revenue. The applicant must also want to keep his or her business in Pittsburgh on a permanent basis.

“We want to make sure that the business is sustainable – that it can succeed and work,” Skurman says. “We want a big idea, but the winner needs to have a game plan. And some passion.”

Full details and info can be found at businessbout.com. Finalists will be announced September 1, and the winner will be named October 1—at the next big party.

The goal, he says, is simple: “Make Pittsburgh all it can be.”

This article appears in the August 2011 issue of Pittsburgh Magazine.
Categories: Community Feature