Suffering from Olympics withdrawal? Fear not, because the spirit is alive and well in Pittsburgh. 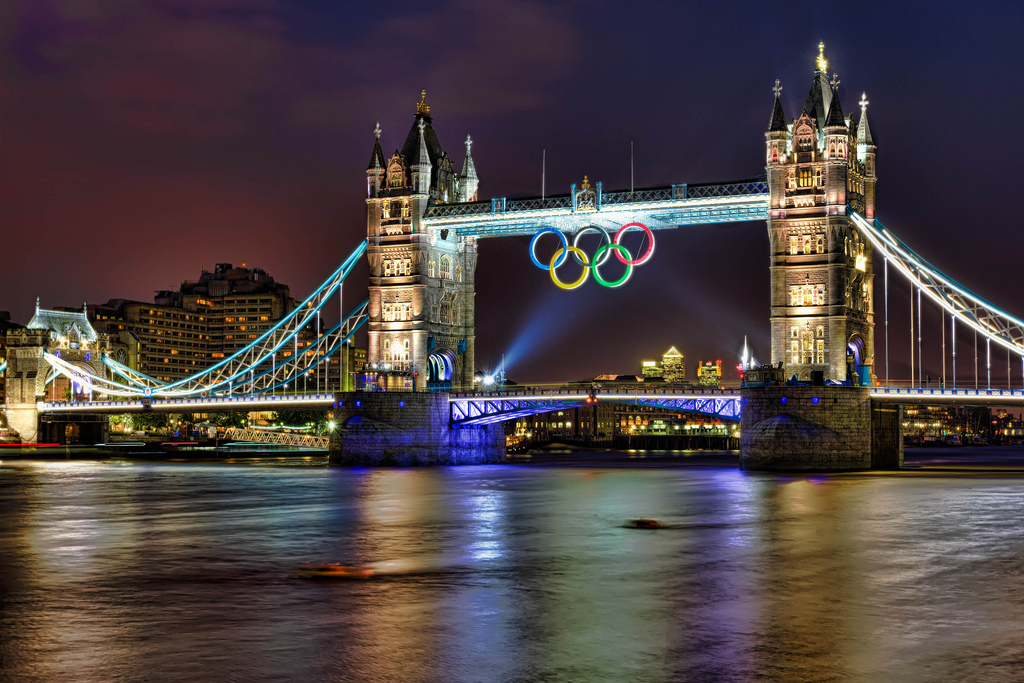 Think back. Past the elections. Past Frankenstorm. Past Steelers season. Past the Pirates’ collapse. No, not to The Avengers — you’ve gone too far. Yeah, right in the middle, there. Anything come to mind? No, not The Dark Knight Rises.

Remember the big to-do in London? Lots of athletes? Incomprehensible hubbub in a stadium? Yes, though our lightning-quick national consciousness has jumped on to the next big thing several times, the 2012 Summer Olympics were mere months ago. And while some may have forgotten, there are others — like myself — who are still suffering the long-term effects of athletic withdrawal. Fortunately, I’ve found a quartet of Olympic-style events nearby in coming weeks.

Admittedly, I’m cheating with the first one; though it was considered heavily for inclusion in London, squash is still not an Olympic sport. That hasn’t discouraged devotees of the game, a high-speed and tightly contained racquet sport, though; they’re vying for inclusion in 2020, but in the meantime, there’s the Pro Squash Tour. You can watch the tour’s Pittsburgh Open this weekend at the Rivers Club, as international players — including Australia’s David Palmer, who I’m legally required to describe as the LeBron James of squash — tangle with one another and local hopefuls. The intimate setting makes for a surprisingly compelling spectator sport, like watching a furious and unpredictable tennis match; the occasion is also a rare chance at a glimpse inside the Rivers Club for the general public (and for free, yet.) Details, draws (not surprisingly, Palmer has a first-round bye) and match times are available at prosquashtour.net.

Speaking of King James, the USA basketball dream team had a relatively uneventful obliteration of the competition this summer, as is wont to happen in international play. Parity is becoming the norm, however, in the NBA; while the development of super-teams in Miami, Los Angeles and Brooklyn is tipping the scales, things are generally pretty competitive throughout the league. Why discuss pro basketball in Pittsburgh? Well, we still don’t have hockey, and some of us are getting antsy. If you’d like to take in a pro hoops game, Cleveland is just a quick jaunt from downtown, and the Quicken Loans Arena (or “Q”) is amenable and easy to access. The Cavaliers spend much of November on the road, but they’ll host Dallas next Saturday, Philadelphia on Thanksgiving Eve and Phoenix on the 27th. Want to watch the Cavs faithful boo the ever-loving crap out of LeBron once again? Mark your calendars for March 20, 2013. Visit nba.com/cavaliers for your tickets. They’re, uh, not as challenging to get as Lakers seats.

While we’re talking hoops — and in a sentence I never thought I’d type — Pitt faithful are looking for revenge against the Youngstown State Penguins. And while they’ll have to wait for redemption on the gridiron, the women’s basketball team can deal a blow for justice this Friday morning. They’ll host the Penguins at 11 a.m. Friday at the Petersen Events Center in the season opener; Abby Dowd and crew previewed the 2012-13 campaign Saturday by putting up a gaudy 94 points in a exhibition rout of Lock Haven.

And for many, the story of the London Olympics was the emergence of the US Women’s Gymnastics team. The “Fierce Five” took all-around gold and a slew of other medals along the way, including Gabby Douglas’ individual gold. Lest you think you’ll have to wait until 2016 to see the feats of the Five again, though, we’d like to send you to the CONSOL Energy Center box office to pick up tickets for the Kellogg’s Tour of Gymnastics Champions. It’s an exhibition, not a competition, but it stars a who’s-who of lauded American gymnasts, including Aly Raisman, Jordyn Wieber and, yes, the flying squirrel herself. (The popular McKayla Maroney is traveling with the tour and scheduled to appear, but she will not perform; she was injured on the tour’s second stop.) 2008 all-around champion Nastia Liukin is on the bill as well. Tickets are available at the CONSOL website, and start at $25.