The Pirates took a great leap forward in 2013. Ultimately, it wasn’t quite enough to hang another banner at PNC Park. 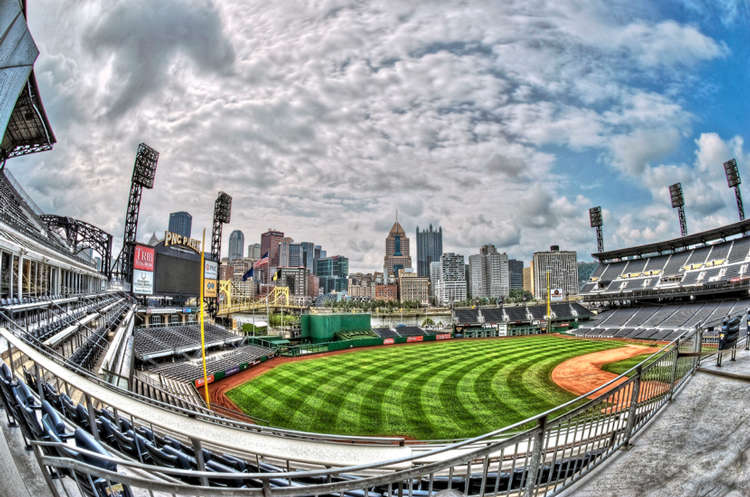 The Pirates came to bat in the top of the ninth inning last night at Busch Stadium determined only to take their last desperate swings at a foregone conclusion. A possibly surmountable 3-1 deficit had ballooned into a 6-1 chasm after a nail-in-the-coffin eighth inning. More tellingly, though, the Pirates had managed to produce only a pair of runs in the previous 17 innings of baseball. There was no coming back.

Neil Walker — who was clearly rattled by the prospect of postseason baseball and finished the NLDS 0-for-19 — grounded out. Andrew McCutchen, who had played like the MVP candidate he remained through the series, flew out.

When Justin Morneau, the highest-profile Pirates acquisition in generations, came to the plate with two outs, it seemed that the Pittsburgh club just wanted to buy its city every extra second of postseason play it could. No longer harboring any illusions of bringing more playoff games to the city, no longer trying to add days to this season, the team only wanted to add moments. Morneau singled; so did Marlon Byrd. It wasn’t a rally, but it was another breath, another few heartbeats of drama to add to the unforgettable 2013 campaign.

Pedro Alvarez marched to the dish. He was responsible for the night’s only run; he got the only run Sunday, too. Of the many things to take away from these six playoff games, perhaps the most encouraging is the emergence of Alvarez as the confident power threat we knew he could be; he was hired to launch baseballs into October skies, and he’s done it so far. With two outs in the ninth, he was determined to do it once more; even if that’s all the Pirates could manage, even if it just meant a 6-4 final rather than 6-1, he was going to give that to Pittsburgh.

He swung once, twice, three times, each a monstrous attack. None found the ball. Cardinals win.

There are things the Pirates could’ve done to better their chances in these past two games. Some changes that might’ve pushed the team past St. Louis weren’t made; it’s also possible those changes might not have had any effect on the results. As we’ve seen, St. Louis is an excellent team. The 2013 Pittsburgh Pirates were a very, very good team but — we can say it now — probably not a club that was going to win a championship. They were beatable; they were prone to struggles. Last night’s loss was similar to a lot of Pirates losses this year — the offense couldn’t get going, and a good pitching effort wasn’t enough. It happens to the best teams, and the Pirates won 94 games in defiance of their youth and inexperience. Most of the time, youth and inexperience is enough to keep you out of the World Series.

Still, any Pittsburgher who’s angry, who’s disgusted, who’s crying same-old-Pirates this morning is foolish. To be disappointed in the 2013 season is to receive five miracles and bemoan the lack of five more.

A year ago, the Pittsburgh Pirates were a below-average team that couldn’t shake the past. In 2013, the Bucs ended their losing streak. They won 94 games. They made the playoffs. They brought October baseball back to Pittsburgh — and in the first such game in 21 years, they delivered a rousing knockout punch to a very good team on a night that Pittsburghers will talk about forever. They took an even better team to the limit, winning two more games — including another at PNC Park — and forcing the city of Pittsburgh to forget football, forget hockey and once again become a baseball city first, if only temporarily.

How many kids growing up in Pittsburgh right now will forever cherish the memory of “CUE-TO, CUE-TO” booming through the television?

The 2013 Pirates erased everything that happened here for 21 years and, it’s no exaggeration to say, fixed Pittsburgh baseball.

Even without another two weeks of games, it was one of the best seasons in Pirates history.

And in a couple of months, we get to do it again.

Sean Collier is an associate editor at Pittsburgh Magazine. He guest-blogged the Pirates’ postseason run for Pulling No Punches. Follow him on Twitter @seancollierpgh.