The Bridgeville bar made news this week with a burger named for Pittsburgh's least favorite Cincinnati Bengals player — but the food stands on its own. 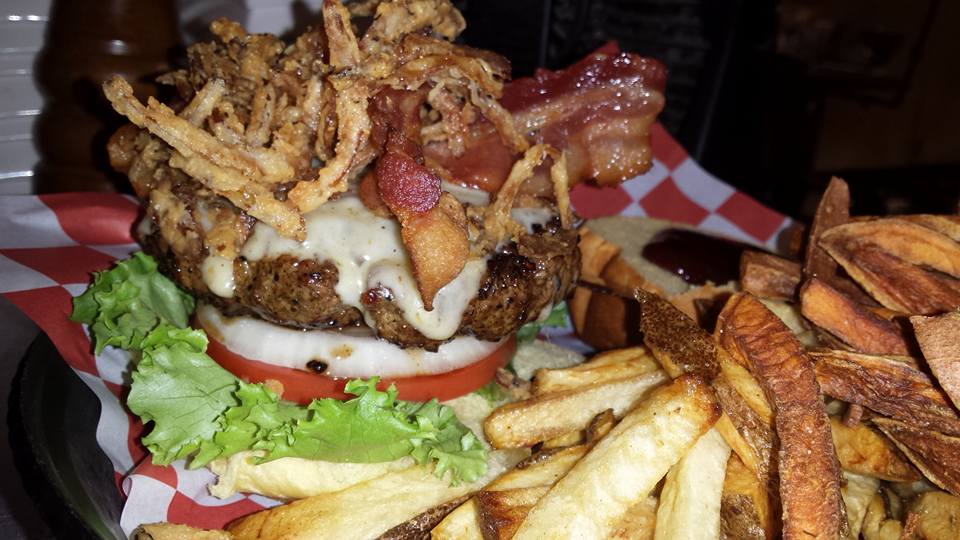 It is the savvy restaurateur who seeks to capitalize on trending topics for a quick shot of publicity. Bridgeville sports bar Bubba's Gourmet Burghers and Beer, for instance, announced on Sunday that they had cooked up a “Burfict Burger,” named for Vontaze Burfict, the Cincinnati Bengals hooligan whose late-game, illegal hit on Pittsburgh Steelers receiver Antonio Brown set up a game-winning field goal for the black and gold.

The intention: Allow bitter ’Burghers (the people kind, not the kind referenced in the bar’s moniker) to eat their frustration with the Bengals’ ruffian. That’s the stated intention, anyway; the other intention, of course, is to get some news coverage, the aim of any headline-referencing foodstuff. It’s a tactic that works: the Burfict Burger was referenced on a number of local media outlets, now including this one.

Bubba’s is owned by longtime local radio personality Bubba Snider, currently the host of Star 100.7’s morning show. It seems that Snider is no distant owner; as a matter of fact, he appeared to deliver my meal personally.

I didn’t order the Burfict Burger; I was told that they could still put one together, but it was no longer advertised. I may have been more inclined to try it if the creation had somehow been thematically tied to the player beyond the name; the sautéed-onion-and-buffalo burger looked tasty, but I couldn’t find a way to connect the ingredients. (Has “Bob’s Burgers” taught us nothing about sandwich puns? Here, off the top of my head: Load it with jalapeños and cut the price in half. Like its namesake, it’s fiery and cheap!)

A full half of the menu at Bubba’s is a long list of burger varieties, though, so I selected another. The N’awlins Burger, boasting bleu cheese, chipotle mayo and bacon atop a cajun spice-encrusted patty, was filling and tender. It cannot be denied that this place knows how to make a serious burger; the seasoned fries on the side were quite good as well. I was most impressed with a boneless chicken wing appetizer, mainly due to a much-more-generous portion size than one usually encounters for any wing variety. (Go for the buffalo blue sauce.)

Bubba’s is remarkably unremarkable in its look; the storefront space does not provide for much other than tables and a large bar, and the decor seems to be an afterthought. Most of the clientele will likely be scanning the seven flat-screen TVs that ring the seating area, though, so it’s a moot point. And while a list of bottled beer contained plenty of interesting craft choices, I was dismayed to find that Bubba’s only has two beers on tap; for a joint that advertises its beer right in the name, a long line of drafts is a must, and I would’ve liked to see more local options.

But the food speaks for itself; for those in the area, Bubba’s is a fine stop on the way home for work or for a filling weekend dinner. Slapping the name of Pittsburgh Public Enemy No. 1 on a sandwich might be a quick grab for attention, but it got me in the door — and I left full and happy. Other bars in need of a boost, take note.

A quick side note on last week’s post — it was brought to my attention that, despite my fond remembrance, the erstwhile hot dog emporium Station Street did not actually have booth seating. This is a nice lesson in why eyewitness testimony is so unreliable — memory is a funny thing. I clearly remember sitting in a booth and eating my poutine, but it looks like that never happened. My apologies to Station Street; my request for Fire Side to install ’80s-style booths stands.