The Italian-born star died surrounded by family in his adopted home of Pittsburgh. 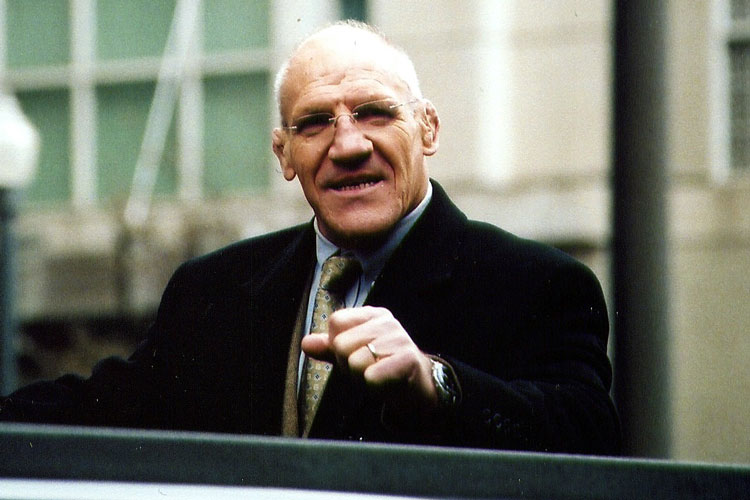 Bruno Sammartino, one of the top-drawing stars in the history of professional wrestling, died today in his adopted home of Pittsburgh. He was 82.

Born in 1935 in Abruzzo, Italy, Sammartino survived a tumultuous, wartime childhood — including hiding in nearby mountains to avoid German soldiers — before moving with his mother to Pittsburgh in 1950.

In his teens and 20s, he developed a reputation as a strongman and weightlifter. In 1959, he broke the bench-press world record, lifting 565 lbs.; the mark would stand for eight years. His reputation would lead to a career as a professional wrestler, first as part of the locally produced “Studio Wrestling” show and, quickly, among the ranks of Capitol Wrestling, the predecessor to the modern WWE.

Sammartino emerged as a charismatic performer and a national sensation, as his immigrant everyman persona resonated not just with his fellow Italians and Italian-Americans but also with immigrant communities of all origins. On May 17, 1963, Sammartino defeated Buddy Rogers in Madison Square Garden to claim the then-WWWF World Heavyweight Championship; he would go on to hold the belt for more than eight years, a record that still stands.

He remains one of only four men — along with Hulk Hogan, Bob Backlund and Pedro Morales — to hold the title for more than 1,000 consecutive days, and the only performer to do so twice, having regained the belt in 1973 and holding it for more than three additional years.

Sammartino’s longevity as champion speaks to his unique drawing power as a top star. The Wrestling Observer (a longtime print newsletter and authority on the sport) ranks Sammartino as the top worldwide attraction in pro wrestling for both the 1960s and the ’70s; no other performer, dating back to 1900, remained wrestling’s top attraction throughout multiple decades. While wrestling’s domination of television in the 1980s and ’90s produced arguably more recognizable stars, by many metrics, Sammartino remains the most prominent performer in the history of American wrestling; WWE claims that he is responsible for 188 separate sell-out crowds at Madison Square Garden.

Sammartino retired as a full-time competitor in 1981 before publicly and bitterly splitting with Vince McMahon and the then-WWF in the late ‘80s; he was disillusioned by the direction the company was taking, away from family-friendly entertainment and toward a more edgy and violent product. The rift would persist through the 1990s and 2000s, as Sammartino all but vanished from the wrestling landscape.

WWE moved to bury the hatchet with Sammartino in 2013, reaching out with an invitation to join the company’s Hall of Fame. Citing the company’s move away from adult content and a partnership with UPMC and neurologist Joseph Maroon, Sammartino agreed; he was inducted into the Hall on April 6 of that year. He would make several more appearances for the company, including a birthday visit to a taping of “Monday Night Raw” in Pittsburgh on Oct. 7, 2013.

Sammartino lived with his wife, Carol, in Ross Township from 1965 until his death. He is survived by Carol, three sons and four grandchildren.