Broncos' Pass on Munchak a Much Needed Break for Steelers

Steeler Nation should have collectively exhaled when Vic Fangio and not Munchak was anointed as the new head coach in Denver. 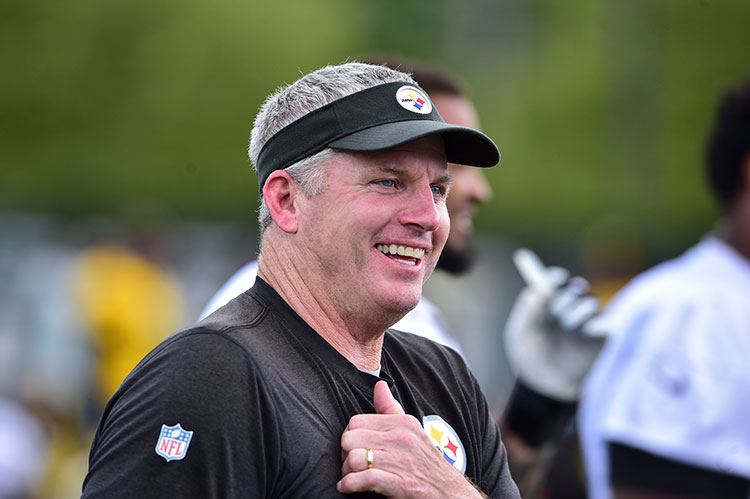 Mike Munchak’s loss is much more than the Steelers’ gain.

Or, at the very least, maintain the Steelers’ status as a team that’s still capable of being saved.

The degree to which head coach Mike Tomlin’s team is in need of deliverance following a season that unimaginably somehow ended up short of the playoffs remains open to interpretation.

And the biggest issues confronting the organization –– what to do about Antonio Brown, Le’Veon Bell and Chris Boswell top the list –– are beyond Munchak’s ability as the offensive line coach to influence toward a resolution.

But Munchak remains an invaluable and perhaps even an irreplaceable asset.​

Steeler Nation should have collectively exhaled when Vic Fangio and not Munchak was anointed as the new head coach in Denver.

It goes beyond the profound respect All-Pros such as Steelers center Maurkice Pouncey and Steelers guard David DeCastro have for their position coach.

And it goes beyond the impact Munchak has had in developing what broadcaster Craig Wolfley has dubbed “Munchak’s Millionaires,” relatively low-round selections or undrafted players that thrive under Munchak’s guidance and eventually cash in big, either here or elsewhere. 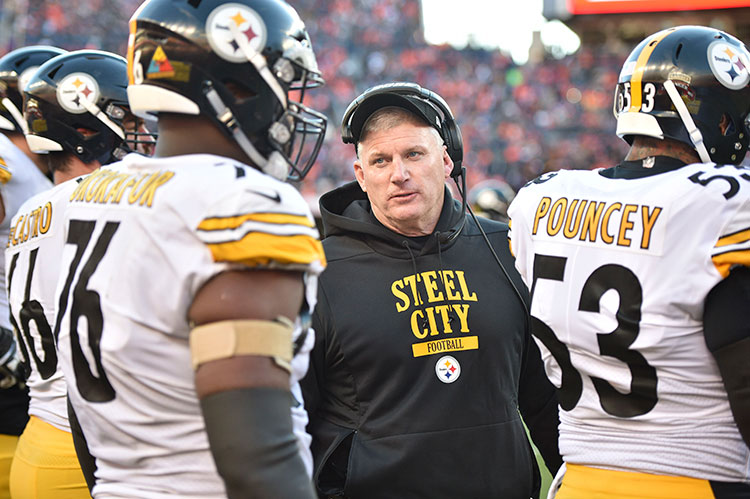 Villanueva has gone as far as to say one of the things that motivates him the most is his intense desire not to let Munchak down.

So Munchak is no ordinary offensive line coach.

Nor is he just an offensive line coach.

Quarterback Ben Roethlisberger has cited Munchak’s working relationship with first-year offensive coordinator Randy Fichtner as evidence as to the latter.

So that’s one Titanic-sized iceberg the Steelers won’t have to worry about trying to navigate this offseason and beyond.

There are others they’ll have to circumvent between now and September.

The Boswell iceberg (the one that more than any other sank the ship this season).

It’ll take more than the Broncos opting not to hire away a critical resource to work through or around those.

The good news, if there is any other than Munchak staying on the South Side, is the Steelers may never have been more open to embracing change in the Tomlin era than they are right now in the wake of missing the playoffs at 9-6-1.

Tomlin may never have been as humbled.

And that might lead to the contemplation of changes beyond the firing and hiring of a couple of assistant coaches.

“You’re not going to routinely do the same thing and expect results to change,” Tomlin insisted at his season-ending press conference. “The fact that we’re having this meeting, this press conference today (in advance of a playoffs in which the Steelers would not be participating), tells you that line of thinking is very necessary.”

Hopefully, that line of thinking runs deeper than whether the defensive coordinator should have been retained.

If they’re truly committed to making amends, the Steelers will re-evaluate not just who they’re doing what they’re doing with but also how they’re going about their business, from the draft to free agency to how they determine whether a replay challenge is in order on game day (Tomlin is 0-for-10 on those since getting a Bell carry that was initially officiated as having gone for no gain overturned into a 1-yard touchdown run on Jan. 8, 2017 against Miami).

Much is yet to be resolved.

The Munchak crisis resolving itself as it did was a necessary beginning.

This article appears in the January 2019 issue of Mike Prisuta’s Sports Section.