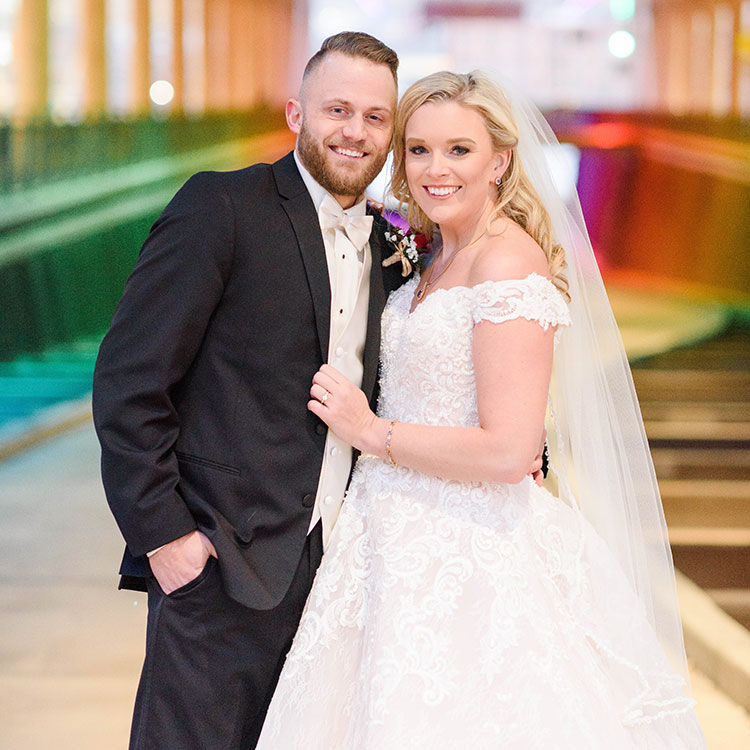 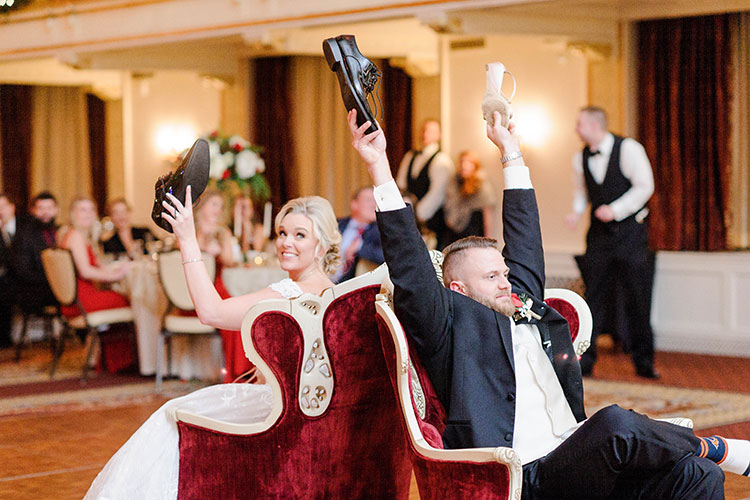 When Brad Met Mary.
Mary Maatta and Bradley Cavanagh knew each other for four years before they ever met in person. They met on Facebook through mutual friends in 2011, where they began talking about hockey rivalries; Brad was a Chicago Blackhawks fan and Mary was a Penguins fan.

When Mary finally flew out to meet Brad, there was an immediate connection. “That was in November,” she says. “He moved to Pittsburgh the following April. He relocated everything to have a relationship with me.” 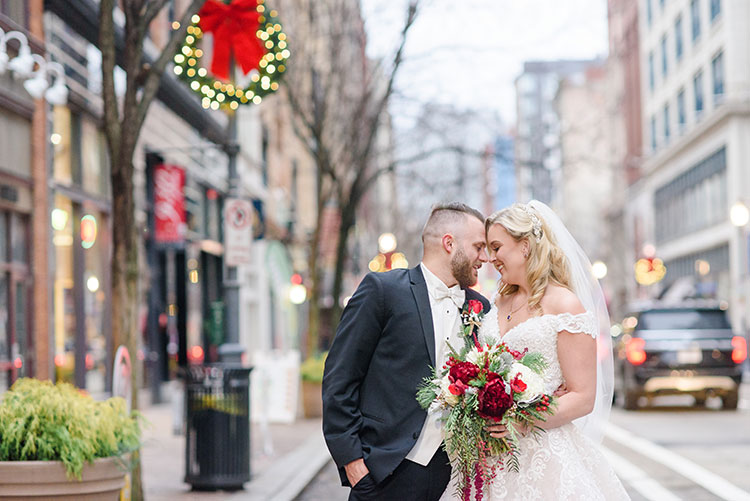 She Said Yes.
The following March, Brad planned his own birthday dinner, inviting his and Mary’s family and their friends from out of town.

“I had a sneaky suspicion he was up to something,” Mary says.

They parked on the rooftop of a Penn Avenue garage and stopped to take pictures before dinner. While Mary had her back turned to take in the view of the Sister Bridges and PNC Park, Brad got down on one knee. When she turned back around, he proposed.

“He was supposed to do it during dinner or after dinner, but he was too nervous,” Mary says. “We always make fun of it, and as we drive by we’re like, ‘There’s our parking garage.’” 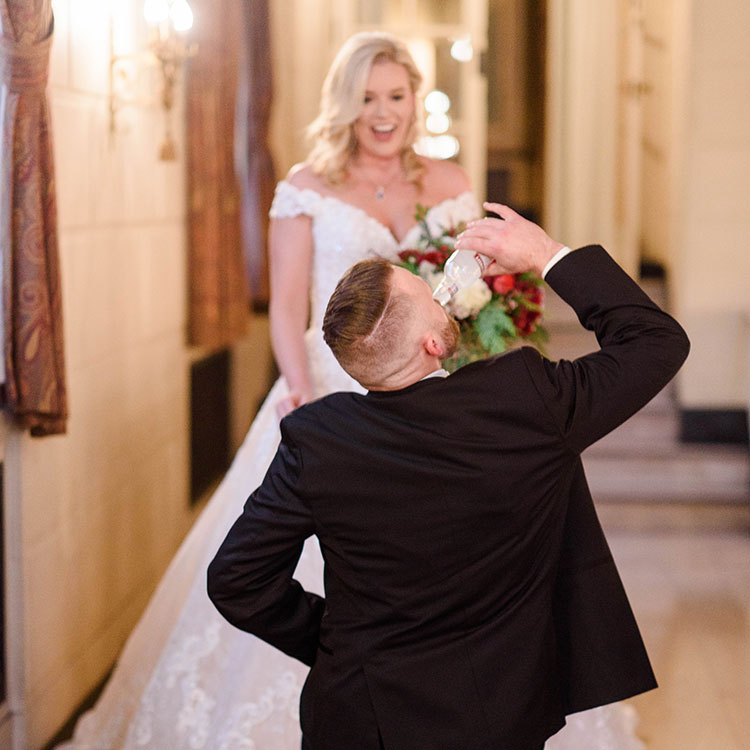 The Big Day.
The couple married on Dec. 22, Brad’s grandparents’ 67th wedding anniversary. To accommodate for the lack of sunlight, the couple decided to do a first look on the mezzanine level of the Omni William Penn Hotel.

Mary kept the mood fun by “icing” Brad with a Smirnoff Ice. “The second he turned around I had a Smirnoff Ice behind my bouquet and I ‘iced’ him and made him chug that,” she says.

The Omni was already decorated for the holiday season, which played into their Christmas theme consisting of mistletoe, jingle bells and evergreens. They had their seating cards attached to Christmas ornaments and added Christmas cookies to their traditional cookie table.

“We just tried to tie in as much Christmas as we could without being too tacky,” Mary says. 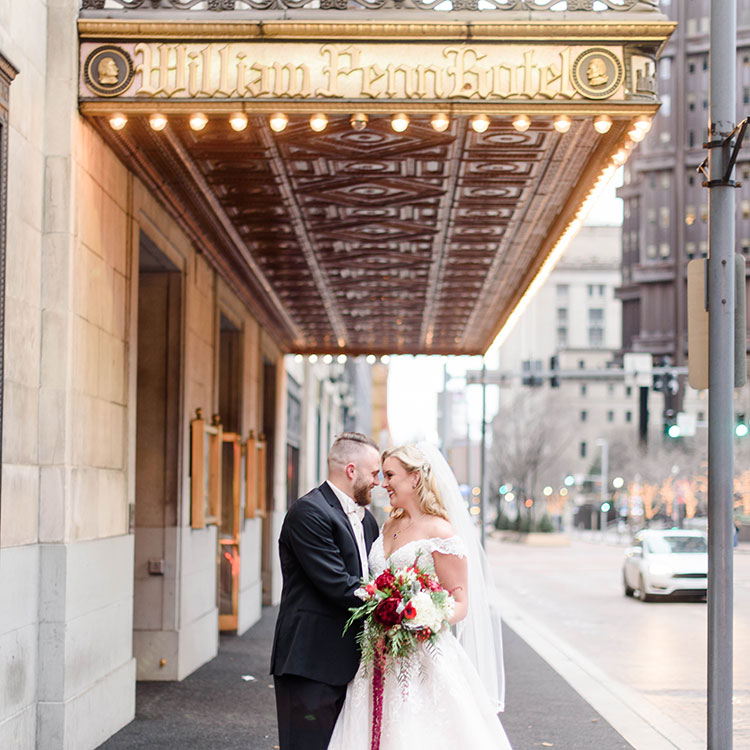 Happily Ever After.
Brad and Mary recently bought a house in Ross Township, which they share with their two Australian Shepherds, Murphy and Baron. Mary, 28, is a senior managing consultant at Beacon Hill Technologies and Brad, 30, is a Heart Walk Director at the American Heart Association. 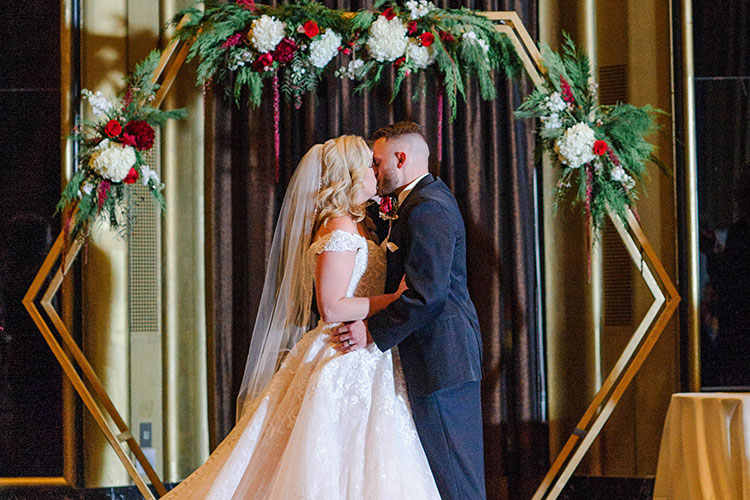