Named after the French word for light, the 86-unit mixed-use development, which will include a Fogo de Chao steakhouse as a tenant, offers folding glass walls in its residences to create an open-air living space. 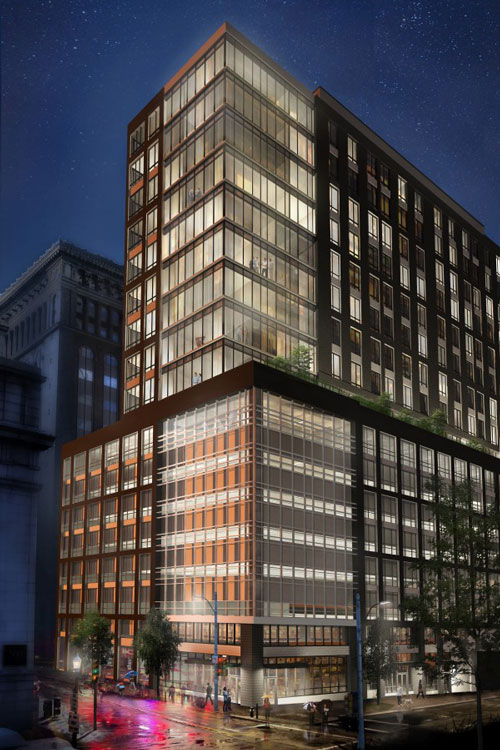 A bright light is coming to Downtown’s living scene.

Millcraft Investments and McKnight Realty Partners have launched pre-sales for Lumiere, a new 86-unit condo development in the heart of Pittsburgh. 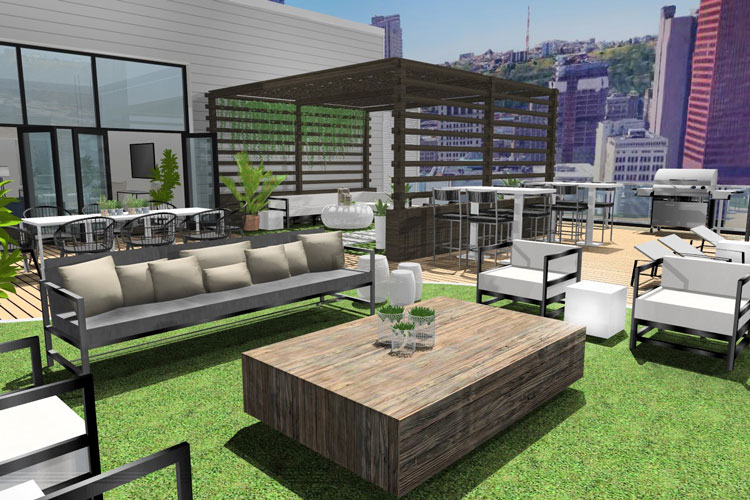 Located in the former Saks Fifth Avenue department store on Oliver Avenue, the 10-story, $38 million project will include a rooftop deck, open floor plans and a dog park, plus a new parking garage.

Name after the French word for light (and not the singing candlestick from "Beauty and the Beast"), Lumiere will feature plenty of natural sunshine, or at least as much as possible in Pittsburgh. Each unit has floor-to-ceiling windows. There also is an option to add folding glass wall technology in each residence, creating an open-air living environment. Taking further inspiration from the galaxies, each unit will have a different celestial name.

The project will be comprised of one-, two- and three-bedroom units. Eleven different floor plans are available, with terraces featured on the eighth floor.

Pricing starts at about $225,000. Twenty percent of the condominiums will be equivalent to market rent, according to Millcraft. Construction is expected to begin in spring 2018. 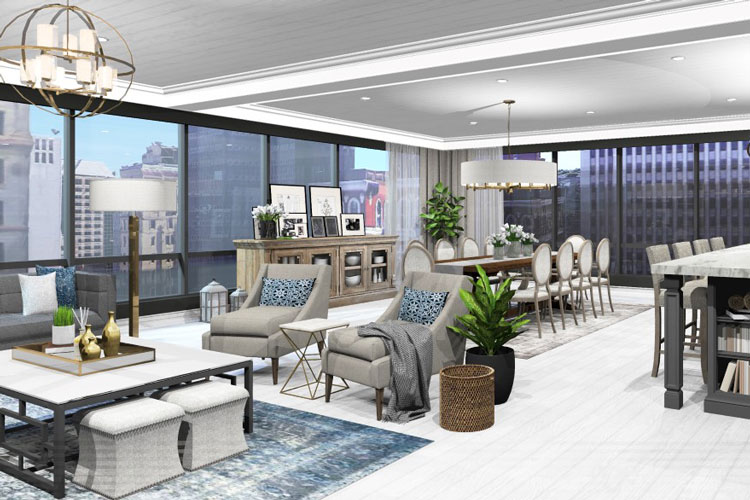 The project’s first phase, The 350 Oliver Parking Garage, is slated to open later this month. Besides the residences, which will be perched above the garage, the second phase of the project will include commercial space. Fogo de Chao, a Brazilian steakhouse chain, already has signed on to lease a spot.

Plans are still being finalized for other tenants, although Piatt says they could include a music venue or a grocery store.

“We are really excited to be working on a project that is at the genesis of the Smithfield Street revitalization,” he says. “We view this as a great opportunity to create another thriving corridor in the downtown landscape.”

This article appears in the November 2017 issue of Nest.
Categories: Nest