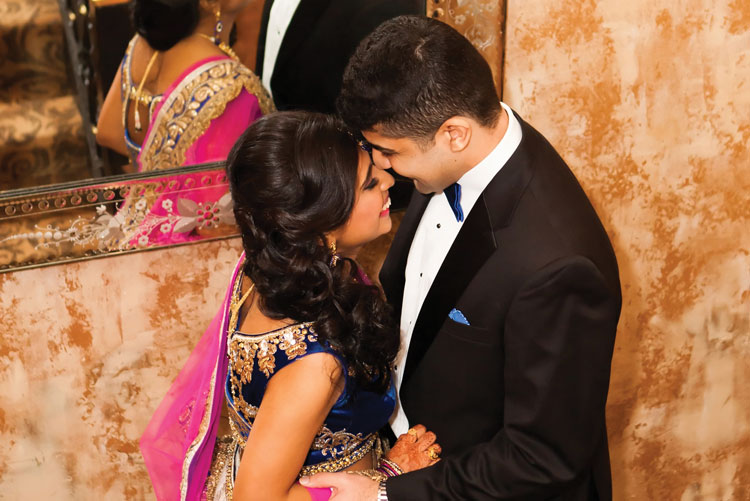 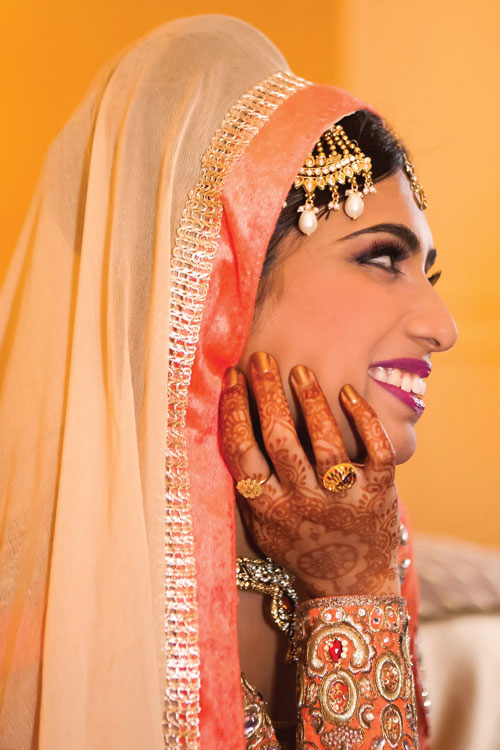 When Anuj Met Nasreen
Throughout their relationship, Anuj Malik and Nasreen Bagwan have allowed distance to only bring them closer together. The two met in India, and a playful rivalry between the medical school peers evolved first into friendship, then love. Phone calls kept them connected while Anuj went to New York for a pediatric residency and Nasreen stayed in India. She later took a position at Allegheny General Hospital in Pittsburgh, and the long-distance relationship stretched on three more years until Anuj accepted a fellowship in Morgantown, W.Va., where the couple now lives. 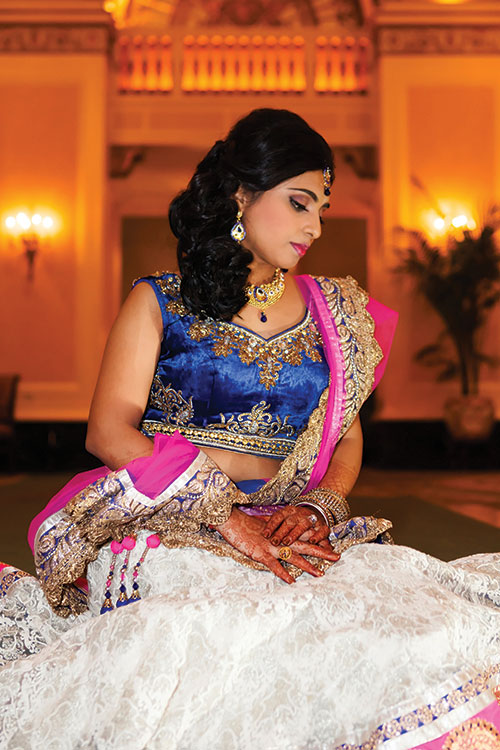 She Said Yes
After a long work day in November 2014, Nasreen, 29, arrived at her North Side home and saw a text from Anuj, 30, asking her to look on her doorstep. She found a card with a special note from her beau, and seven more like it — one for each year they’d been together — that reached to the end of her hallway, where Anuj waited on bended knee. 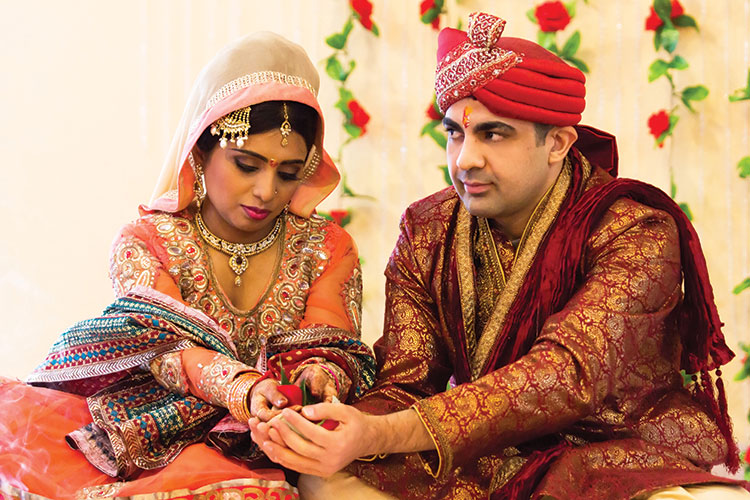 The Big Day
With Anuj being a Hindu and Nasreen being a Muslim, the couple confronted differences in their faiths and customs. For their traditional Indian parents, an inter-religion union was unimaginable. “Our families meant a lot to us,” Nasreen says, “but we could not imagine our lives without each other.” Cultural challenges also loomed, as the couple were not familiar with American wedding traditions and relied on the internet for ideas. They opted for a Hindu ceremony, and after a short six weeks of planning, celebrated their union with Bollywood-style dancing and breathtaking views during their reception at LeMont Restaurant atop Mount Washington. 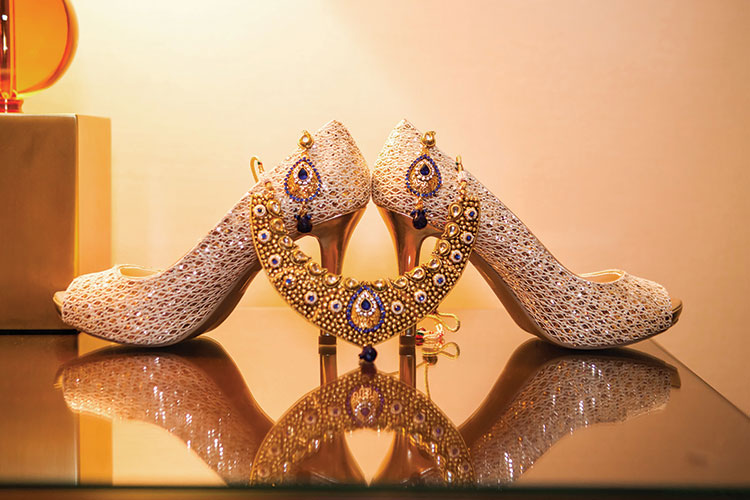