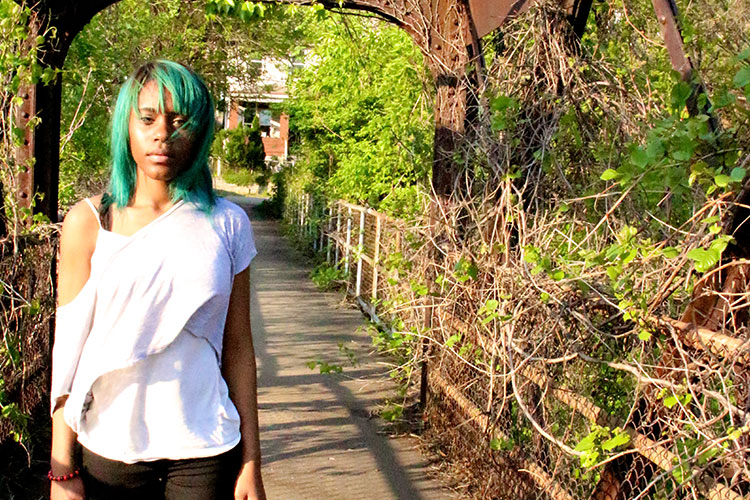 Some forms of art are limited, and some are limitless.

If your aim is to write a book, you can only push boundaries so much; at some phase, some letters are going to have to appear on the page or a screen. Looking to record an album? At some point, you’re going to end up with 40 to 80 minutes of arranged sound.

But — as has been demonstrated, debated and dismissed by the unimaginative — the boundary between what is and is not visual art is virtually nonexistent. Anything created intentionally and artfully can be called a work of art.

Same goes for theater. As much as we think of live performance as “some people on a stage in a big room talking to each other for two hours,” the ascension of immersive theater — a charge led locally by Bricolage Production Company — proves there’s much more that can, and should, be done to create affecting live performances.

In “STRATA,” that meant an otherworldly, challenging journey of self-discovery; in one scene, you shared a broken-hearted moment with a mute dancer at a desolate senior prom. In “Ojo,” it meant a day lived in another’s skin; after surrendering your sight, you climbed into a rickshaw and were teleported to a noisy, fragrant market somewhere in the eastern hemisphere.

And in “SAINTS TOUR,” created by Bricolage with Real/Time Interventions, it means briefly stepping from the humdrum into an alternate, magical reality where good deeds transform neighbors into saints. As audiences walk, ramble and ride through Braddock, myths are woven and presented as historic fact; here, meaningful miracles are to be expected.

Practically, this time: Guests of “SAINTS TOUR,” written by playwright, artist and Point Park University professor Molly Rice, will arrive at a spot on Braddock Avenue and await the appearance of a “Tour Guide” (played by Bria Walker), who will walk them down the street and share stories of former residents (it’s not clear whether they’re real or imagined) and their local beatification. Most of the journey is taken via a school bus that transports the audience throughout the community as uncanny events occur through the windows; the most vibrant moments in “SAINTS TOUR,” however, occur when the group is instructed to leave the bus and await further miracles.

The experience concludes with a community meal — containing locally grown ingredients, via a recipe from chef Kevin Sousa — in a hidden alcove.

The trip is charming and often delightful. Aboard the bus, guests will begin scanning the neighborhood, more carefully analyzing everything in sight: Is that artifact just there or part of the show? Did I see a performer dancing in that field off in the distance? Are those waving neighbors actors or just waving neighbors? Where’s the next surprise coming from?

And plenty of individual moments — small actions imbued with meaning and impact — are genuinely moving. I won’t spoil any of them here; the essential thing to know is that every action should be treated like a sacrament, a tiny ritual of devotion.

That said: This is the first of Bricolage’s immersive works that left me wanting more. The experience of rolling through Braddock, searching for secrets and scenes, was exciting; to me, though, the payoffs didn’t quite live up to the promise of the setup. It’s very difficult to explain without revealing too much, but “SAINTS TOUR” operates by wringing the magical out of thin air — or dirt, more accurately — but given the freedom to invent, that magic was underwhelming.

Should “SAINTS TOUR” still be experienced, though? Absolutely. As the company does with every production, Bricolage pushes theater in an unexpected direction, leaving excitement and potential in their wake. And the essential lesson of “SAINTS TOUR” is clear and worthy: In even the most downtrodden places, there is life, history and potential.