With Bricolage Production Co. at the helm, immersive theater has arrived in Pittsburgh. Get ready to leave your seat behind. 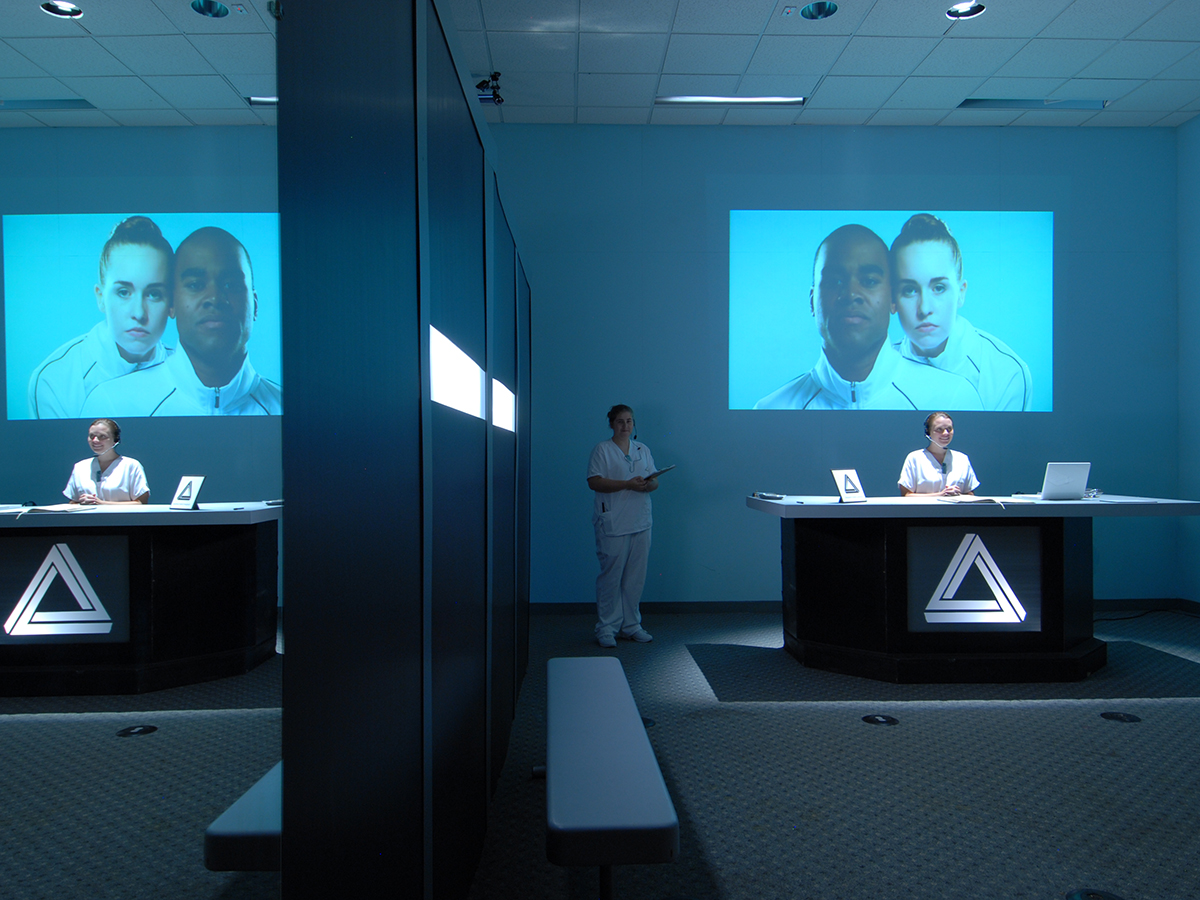 You are dancing with a young woman in a prom dress in an otherwise empty gymnasium. Dull lights flicker as a broken voice sings plaintively through far-off speakers. A moment ago, you were communicating wordlessly with a mute man in a beachside hut. He rubbed oil on your hands.

A year passes, and now you’re trapped in a sprawling concrete basement with a group of deranged, possibly possessed assailants. Two of them handcuffed you and made very specific threats that rattled you thoroughly; after a few tense minutes, they chucked you into a pitch-black closet and locked the door. You thought you were in there alone. You weren’t.

Another year passes. Now, you and a group of strangers are at an estate sale, rifling through the possessions of a woman who recently — and mysteriously — died. You came thinking of bureaus and sofas; now, you’re after secrets and scandals. Later, you’ll trade your personal information for a chance to learn more about this departed stranger.

All of this is theater, of course, but that can be very tough to remember.

The genre is so new that it doesn’t yet have an agreed-upon name; some prefer immersive theater, while others call it interactive theater. Defining this newborn style is nearly as hard as naming it, but in short, the productions are theatrical works in which audience members are participants. Sometimes this turns you into a fly on the wall; in other cases, you’re the main character. You’re never merely sitting and watching the show.

“We’ve always been interested in creating this heightened sense of involvement for the audience, and breaking down the sort of status quo of theater,” says Jeffrey Carpenter, artistic director and founder of Bricolage Production Co.

In August 2012, Bricolage mounted the massive production “STRATA” in which participants arrived at a classified downtown location and were ushered into a “refitnessing center,” as officious guides promised a self-help reawakening. As the experience progressed, each audience member was led, usually alone, through a series of odd and evocative encounters — including the meeting with the above-mentioned lone dancer.

This month, Bricolage will introduce another immersive experience as part of the Dollar Bank Three Rivers Arts Festival. Carpenter is cagey about the details — the surprise in these productions often is half the fun — but he can reveal that the show, titled “OJO,” will begin with participants arriving at a mock travel agency to pick up an itinerary for an unorthodox global tour.

“We want to maintain that sort of mystery,” says Carpenter of the show, which the Pittsburgh Cultural Trust commissioned for the festival. “But it’s important to convey this idea that it is a journey into darkness. It is an expedition of sorts.” There’s a minor clue in the title: “ojo” is Spanish for “eye.”

A Spanish theater company, Teatro de los Sentidos — which brought its show “El Eco de la Sombra” to the 2008 Pittsburgh International Festival of Firsts — introduced Carpenter to the immersive form. The first U.S. immersive production to snag national headlines, though, was “Sleep No More,” a production now in the fourth year of a Manhattan run (and based on prior runs beginning with a 2003 debut in London). In that show, participants don white masks and are free to roam through the fictional, noir-esque McKittrick Hotel; the wordless action of the performers loosely is based on the plot of “Macbeth.”

In Pittsburgh, “STRATA” was a financial success, despite high costs related to set (a fully transformed building, the former downtown Bally’s Fitness location) and cast and crew (close to 50), Carpenter says. It also was the spark for a series of more-recent productions. Scott Simmons, creator of Etna’s haunted attraction The ScareHouse, was a fan of “Sleep No More” and “STRATA.” In 2013, ScareHouse introduced “The Basement,” an immersive theater experience, as a separate offering. In addition to a sold-out Halloween run — which featured the above imposing kidnapping scenario — there has been a pair of one-night revivals. A new “Basement” will premiere later this year.

Actress and improviser Ayne Terceira was in the cast for both “STRATA” and “The Basement,” and in March, she brought her own immersive production, “Her Things: An Interactive Estate Sale,” to Lawrenceville’s ModernFormations Gallery. “It’s the best of high theater, which I love, and great improv — which I also love,” she says of the form.

“Her Things” will be revived Aug. 8-10 at ModernFormations; another immersive experience, “The Saints Tour,” also is forthcoming — it’ll be produced by Bricolage and set in Braddock.

While the challenges and logistics of mounting a production such as “STRATA” are great, the audience for immersive theater is growing at a rate that outpaces demand. All of the aforementioned productions enjoyed nearly or fully sold-out runs, with many audience members coming back for multiple performances.

“The ability to really suspend the audience’s sense of disbelief is that much greater when you’re working with the real world,” Carpenter says. “I think that personal approach to storytelling is something that can get in the audience’s imagination . . . you could really get lost in it.”

This article appears in the June 2014 issue of Pittsburgh Magazine.
Categories: From the Magazine, Things To Do