Tile and Designs and The Idea Shops Owner Lee Knox went from working in the brick business to owning her own East End boutique shops. 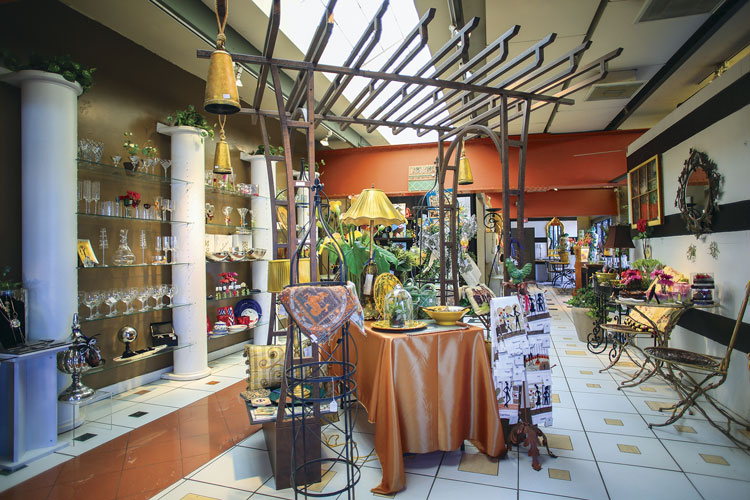 In the 1970s, Lee Knox was one of only a few female brick sellers. She says she remembers going to a conference in Ohio with 3,000 workers from the field, and she was the lone woman. She started selling tile simply because it was lighter, but she was also drawn to it.

“As tile evolved, I fell in love with the beauty and, of course, the history,” she says. “Every country has a history with tile — that’s why it’s so fascinating. They’re all different.”

Eventually the Shadyside resident decided to open her own business, Tile and Designs, in 1979. It started in The Design Center on Baum Boulevard but moved to Spahr Street after a few years.

In the beginning, the business mostly catered to the design community, but Knox started noticing a need for giftware in the area, so she decided to transition into retail as well. In 1989, she opened The Idea Shops, which her daughter Laura Young now manages, next door to Tile and Designs.

“She wanted to be in the business but not the tile business, so this is really for her,” Knox says.

Knox’s son, Mark Millstine, who has worked in the tile industry for 28 years, recently joined Tile and Designs as an outside salesman. Knox’s other daughter, Linda Millstine, lives in Paris, and Knox and Young frequently travel there to attend gift shows. Some of the jewelry and glassware they sell at The Idea Shops is French, while Italian pottery and English garden ornamentation such as Haddonstone statuary and fountains also reflect the store’s European influence.

“We made this into a retail store with the hopes the area would catch up to it, and it has exceeded our expectations,” Knox says. “It’s been a lot of years and a lot of fun.”

This article appears in the November 2014 issue of Pittsburgh Magazine.
Categories: HOME + Design