Made entirely out of Legos, the sculptures on the display at the Carnegie Science Center’s new Scaife Exhibit Gallery range from the whimsical to the otherworldly. 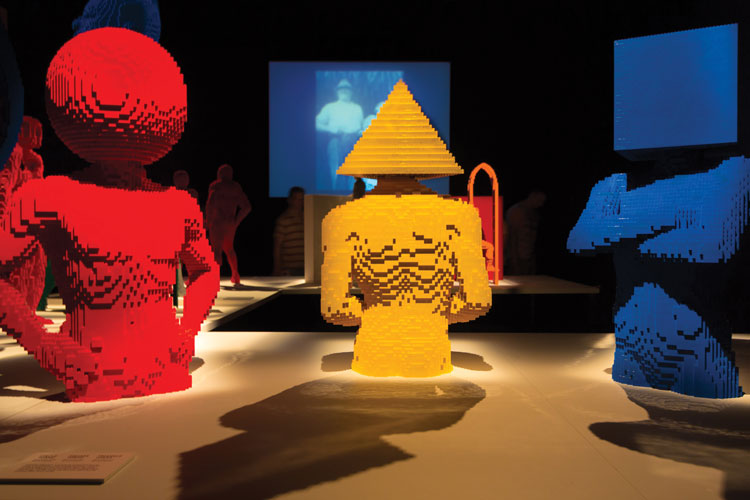 Surreal, challenging works of visual art aren’t necessarily the stock-in-trade of the Carnegie Science Center. The Art of the Brick, however, sits at the intersection of creativity, engineering and fun — making it an appropriate opening show for the Science Center’s new Scaife Exhibit Gallery.

Artist Nathan Sawaya creates sculptures entirely out of LEGO bricks, with works ranging from the whimsical to the otherworldly.

“Creating art out of this medium opens up the doors to the art world for more people,” Sawaya says. “If someone sees a marble statue, they can appreciate it, but when they come home it is unlikely they will have a marble slab they can chip away at. But when kids see art made out of LEGO bricks, they can be inspired and go home and create with their own bricks.”

More than 100 of Sawaya’s LEGO sculptures are on display as part of the grand opening of the PPG Science Pavilion, the four-floor expansion to the Science Center that opened to the public in June.

Look for a new piece among those on display as part of this traveling exhibit — a work that Sawaya says “pays tribute to some of the unique and iconic features of Pittsburgh.

This article appears in the July 2018 issue of Pittsburgh Magazine.
Categories: Arts & Entertainment