Brewing Up Romance: A Couple Comes Together over Beer

See how this couple used their love of beer and breweries to create their special moments.

When Ashley Hileman received a glass cutter for Christmas last year from her boyfriend, Kevin Tucker, she didn’t think much of it — even when she learned the gift was symbolic of an upcoming elaborate road trip Kevin had planned to Vermont with multiple pit stops to visit different breweries.

“[We started visiting breweries] when Brew Gentlemen opened here,” says Ashley. “And it was around that time when all the Pittsburgh breweries started.” 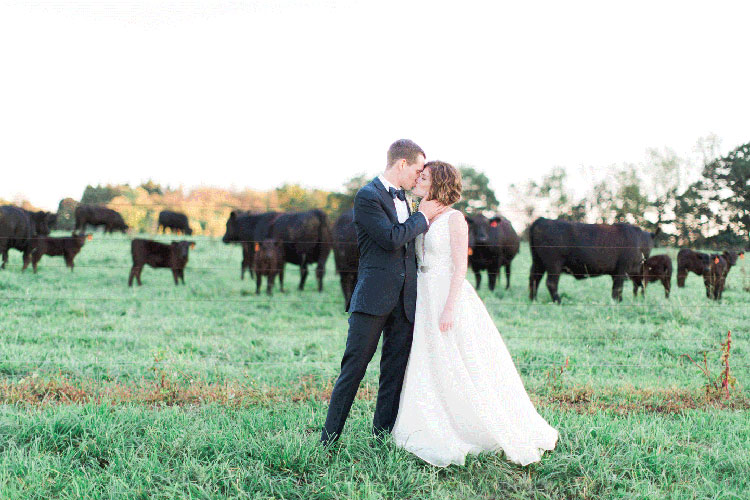 So, Ashley wasn’t at all suspicious that the trip would be anything out of the ordinary. They left for their getaway on New Year’s Eve, stopping at their first brewery that same day, in Poughkeepsie, N.Y. From there, the couple spent a few days traveling, visiting a few more locations, hiking and exploring.

Looking back, now, Ashley can see all of the signs — like the fact that Kevin had been trying to plan the trip for months and the hostess at one of their restaurant stops being “weirdly friendly.” But it wasn’t until the moment in a Vermont town, as Ashley was sprinting to try to make their dinner reservations on time, and Kevin convinced her to stop in a nearby gazebo, that she got the idea.

“It was then that I thought, ‘Oh, I think something is about to happen,’” she says.

Kevin proposed to Ashley in the gazebo, and she said yes.

The newly engaged couple celebrated by visiting more breweries, concluding with one in Harrisburg, where they met up with the bride-to-be’s mother and sister for a celebration. 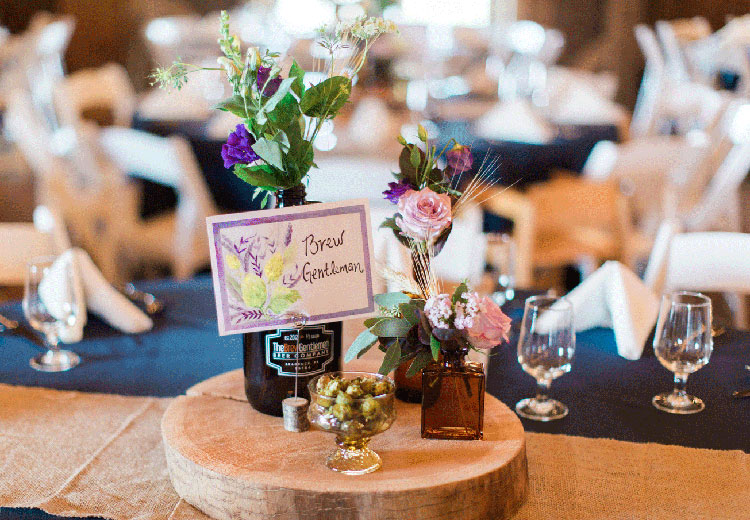 With the proposal a success, Kevin and Ashley knew they wanted to incorporate their love of beer and breweries into their wedding on Oct. 8, 2016.

They got to work right away. Starting on their engagement trip, the couple began collecting growlers from all of the different breweries they visited.

“We had this outrageous collection,” says Ashley. “We decided to use them as centerpieces, and then, instead of being assigned a table number, you’d be assigned to a brewery.”

The references didn’t stop there. They served “Wheatin’ for the Weekend” beer from Grist House at their reception at Armstrong Farms and decorated with grains and hops grown by Kevin’s family. Additionally, with the help of their friends, the couple collected dozens of beer bottle caps and used them to decorate the guests’ place cards. 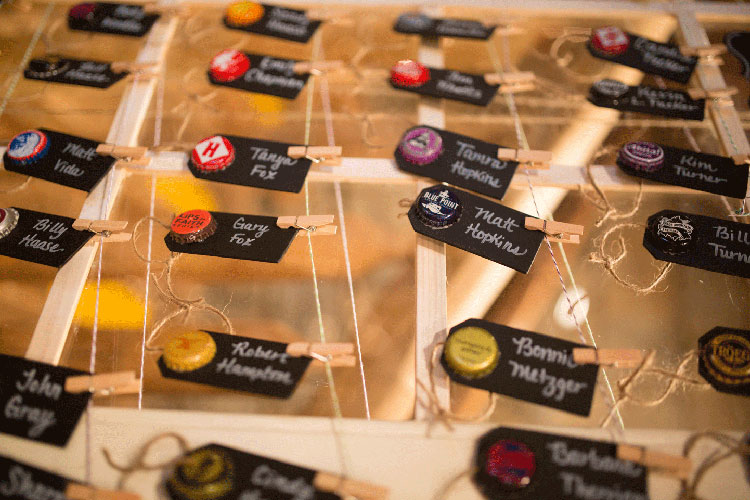 Ashley says she was happy with their laid-back beer theme, as beer and breweries has always been something she and Kevin bonded over.

“It’s just something we do,” says Ashley about their hobby. “We both have really busy jobs — we’re both attorneys — and we don’t see a lot of each other. So it’s just a nice way to plan a little thing where we can make time to reconnect and just meet different people and try different beers and have new experiences. It’s just something we really enjoy doing.”