Four cameras will allow viewers to spot the source of dirty air in real time. 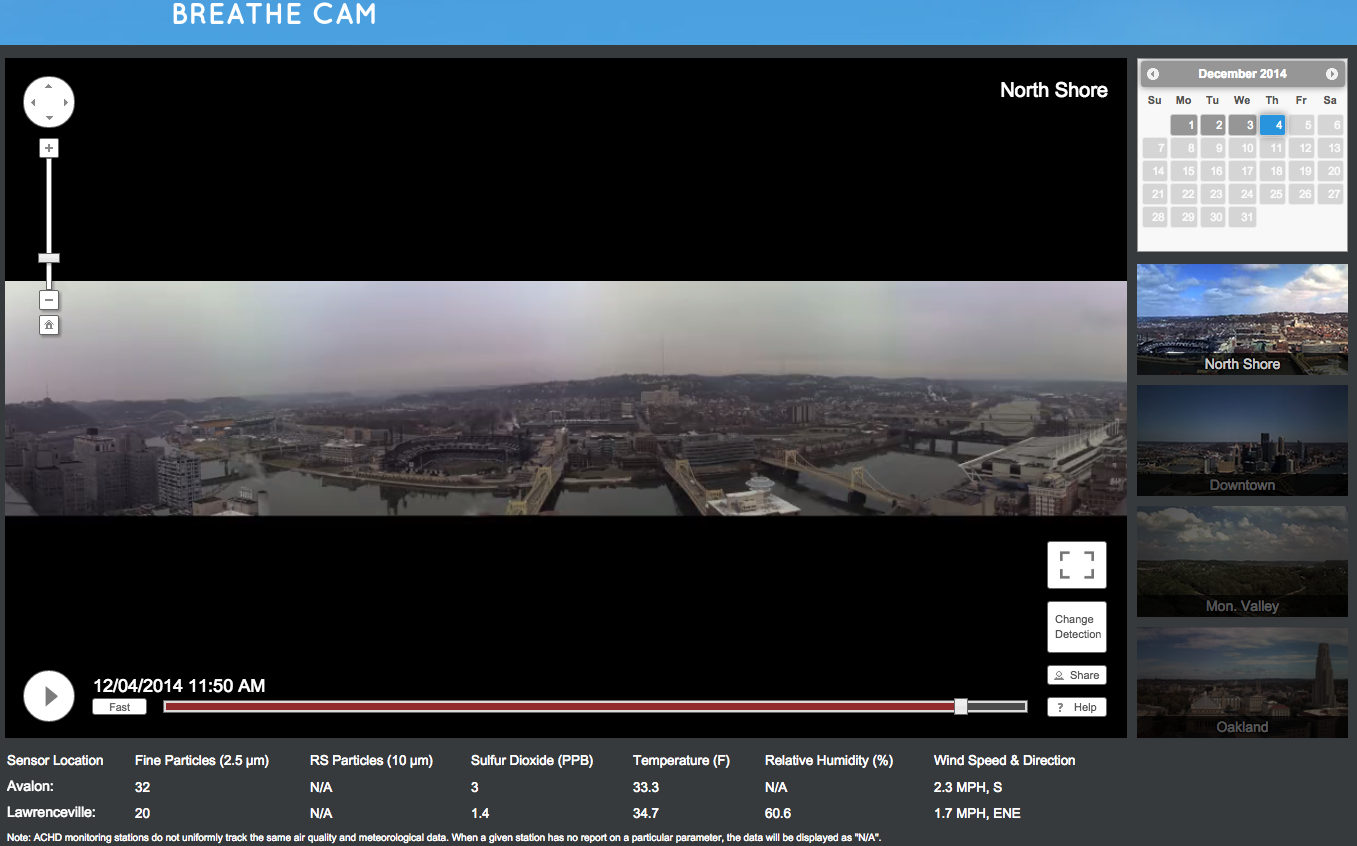 Though Pittsburgh has come a long way from the dense, smoky haze of the mid-20th century, the city’s air quality still is nothing to brag about.

For 65 percent of 2013, our air was subpar; more than one-half of the pollution at fault is produced here.

Now, you can see the source of some of that pollution.

A new system of high-resolution cameras developed by Carnegie Mellon University’s CREATE Lab in the Robotics Institute will allow the public to track where emissions are coming from and when. Take a look for yourself here. Officials hope that when people viewing the “Breathe cam” see the source of pollution, they will be prompted to do something about it.

The project is funded primarily by a $120,000 grant from The Heinz Endowments as a part of its Breathe Project. 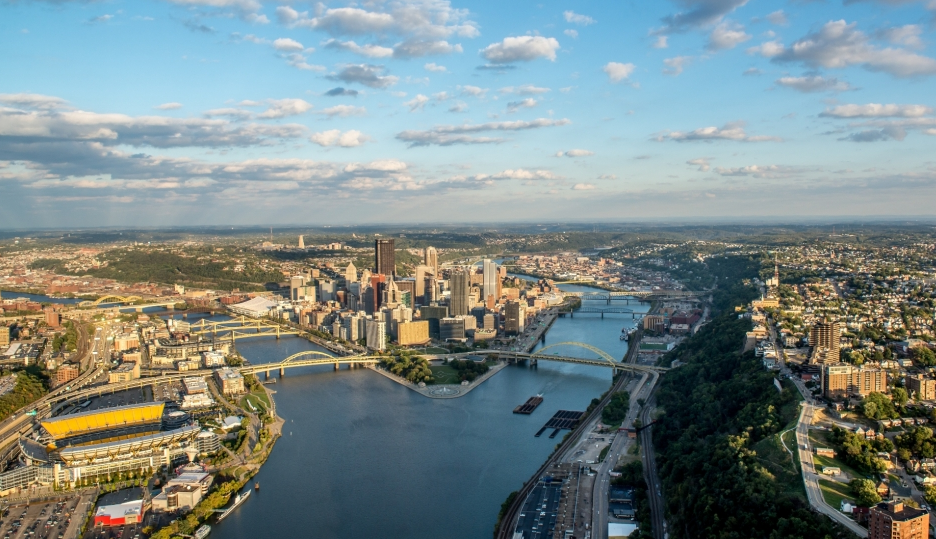 #Resilience: Pittsburgh is poised to weather challenges of 21st century

The Rockefeller Foundation named Pittsburgh one of the world’s most resilient cities.

As part of the 100 Resilient Cities initiative, the foundation will fund the hiring of a chief resilience officer charged with preparing long-term strategy for weathering social, economic and physical challenges of the coming years.

Kemp’s ridley sea turtles are the most endangered sea turtle in the world, with roughly 1,000 nesting females.

Each year the population follows the Gulf Stream to the waters around Cape Cod, returning south when the ocean cools. But when a September cold snap confused the normal pattern, some turtles were stranded and developed hypothermia.

The New England Aquarium was juggling large numbers of hypothermic turtles when the PPG Aquarium offered to help.

The turtles have received fluids and are being gradually warmed up to their normal temperature of 78 degrees. Some turtles are in fair condition, while others remain in trouble. They will live in Pittsburgh for six to nine months before being released.

You can watch video of the turtles from KDKA.

La Roche College, the Sisters of Divine Providence and Providence Alpha School in McCandless are hosting their annual “Festival of Lights” celebration on Friday, Dec. 5 from 3-9 p.m.

There is plenty for the kids to do, including games, crafts and spending some quality time with Santa.

The night ends with a fireworks show.

Best of all, it’s free and open to the public.