Break It Down: The Great Pierogy Race

The Great Pierogy Race, which takes place in the middle of the fifth inning of Pittsburgh Pirates home games, combines two of Pittsburgh’s favorite things — pierogies and sports. 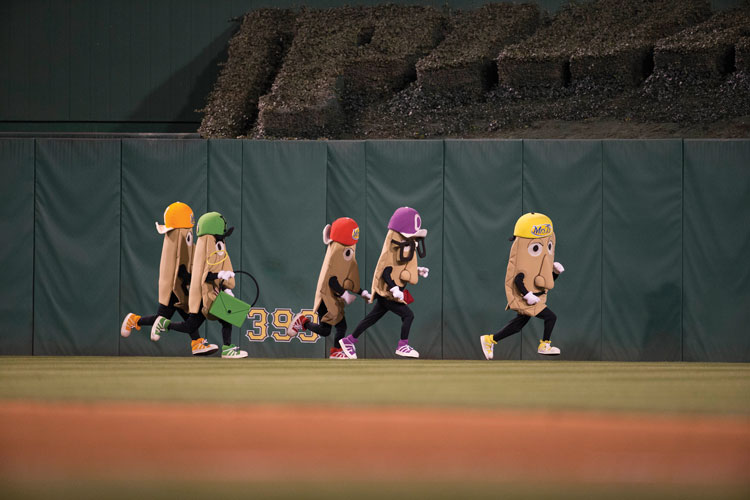 Featuring food-filled characters, it's not surprising The Great Pierogy Race is a fan favorite that has taken on a life of its own. PM breaks it down.

6
The number of pierogies that have appeared in the race. Saul and Chester are in the current lineup, along with Jalapeño Hannah, Oliver Onion and Bacon Burt. As for Pete, see “Dumpling Drama” (right)

280 yards
The length of the race, equivalent to rounding the bases approximately three times

110 degrees
What might seem feverish for a human is typical for a Pierogy. While the average person’s temperature is 98.6° F, the Pierogies can get up to 110° F on a hot summer day.

‘Pierogy’
While Pittsburghers differ on the proper spelling of the singular form of the foodstuff, the Pirates’ racers opt for the spelling used by the race’s sponsor, Mrs. T’s Pierogies. (Yes, the plural form has the -ies spelling.)

6’4”
While the average size of a Pirates player is 6’1” and 212 pounds, the Pierogies are more physically imposing. The average Pierogy clocks in at a height of 6’4” and a weight of “a whole lot of potatoes.”

Dumpling Drama
After Cheese Chester broke his foot in a July 2014 race, the previously retired Potato Pete returned to the lineup. Once Chester completed a rehab stint, he and Pete competed, one-on-one, for the right to continue. Chester came out victorious, and Pete is currently said to be locked in a freezer.

84
The number of races in a season. Along with three away races in Washington, D.C., the Pierogies race during all of the Pirates’ 81 home games.

14 mph
The Pierogies finish the race in about 50 seconds, putting them at an average speed of 14 miles per hour.