Break It Down: Byham Theater

When you walk into the Sixth Street entryway of the Byham Theater, Downtown, you will see patches of green and black tile on the walls: These are originals from the early 20th century, says John Mumper, facilities manager at the Byham. The grand theater has plenty of history to go with its 100-plus years; let’s break it down. 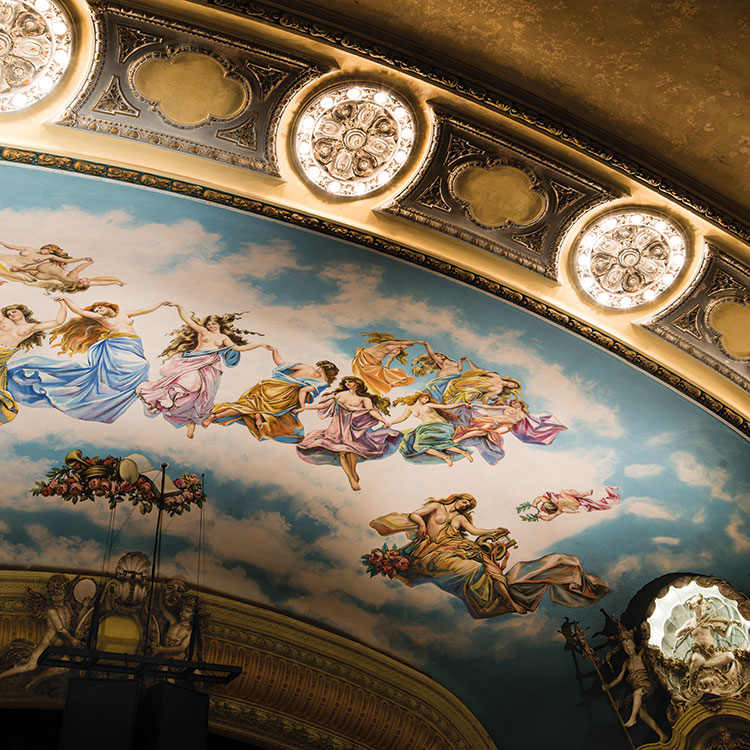 1904
The year the theater opened — originally as the Gayety, which featured live burlesque and vaudeville comedies. At the time, the theater included many private boxes on the inner walls, where members of high society would sit to watch shows.

Fort Duquesne Boulevard
The location of the theater’s original entrance

The Fulton
The second name of the theater, established in the 1930s. Unlike its earlier days, the theater now focused on film.

March 17, 1936
The date of the infamous St. Patrick’s Day flood, which caused significant damage to the building. The theater reopened after an extensive cleanup effort.

50,000
The number of patrons who in 1941 attended showings of Disney’s “Fantasia” during an eight-week run at the Fulton.

Men Painted Into Women
The elegant ceiling in the theater area has a painting of topless women with long, flowing hair. You may have heard a story that the figures originally were painted as men, with breasts and long hair added later — but it’s an urban legend, Mumper says.

From flicks to live shows (again)
In 1983, the Fulton became the only movie house Downtown with more than 700 seats. That same year, the venue expanded its offerings by once again hosting concerts.

‘I Will Follow’
Also in 1983, U2 became the first rock band to perform at the Fulton, closing their set with this hit.

$2,295,000
The amount the Pittsburgh Cultural Trust spent in 1988 to purchase the Fulton and begin a decade-long, multi-phase renovation in 1990.