'Inventing the Modern World', on view at the Carnegie Museum of Art, looks back at the innovations and marvels that helped shape our world. 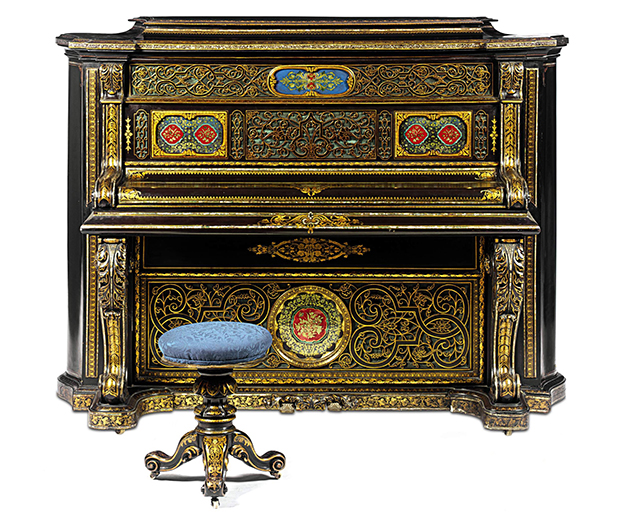 That chirpy little tune, written by Andrew B. Sterling and Kerry Mills in honor of the 1904 Louisiana Purchase Exposition World’s Fair in St. Louis, Mo., was repopularized by Judy Garland in the 1944 movie Meet Me in St. Louis. But it’s unlikely that new songs celebrating future World’s Fairs will be on iTunes.

Sure, a World’s Fair is still a big deal today. But way back when, these global showcases were really big deals. In fact, they may have helped to shape the modern world that we live in today.

That’s the premise powering “Inventing the Modern World: Decorative Arts at the World’s Fairs, 1851-1939,” which opened Oct. 13 at the Carnegie Museum of Art.

Such peaceful global dialogue and exchange (which might be called tech transfer today), as well as a dose of good old-fashioned competition, helped accelerate innovation.

Why choose those specific bookend years for this exhibition? Between 1851 and 1939, the fairs were primarily showcases for innovative designs in household items. “The objects share themes of technique, cross-cultural influence and nationalistic inspiration — all of which shaped the competition inherent to the fairs,” says CMA’s Jason Busch, who co-curated this joint-museum-production exhibition with Catherine L. Futter of the Nelson-Atkins Museum of Art in Kansas City, Mo.

Although still exhibiting futuristic household objects, World’s Fairs after 1939 had a different focus.

Pre-1939, an eager public once awaited the opportunity to see the latest techniques, materials and methods of production in creating these modern (for their time) marvels — ranging from textiles to tools and from furniture to jewelry—in a marriage of artistry and science.

After leaving Pittsburgh, “Inventing the Modern World,” which began its journey at Nelson-Atkins Museum of Art, will move on to the New Orleans Museum of Art and the Mint Museum in Charlotte, N.C. Unfortunately, although several pieces in the show were in the Louisiana Purchase Exposition — a 4-foot-tall Sèvres Porcelain vase, for example — St. Louis is not a stop on the tour. Sorry, Louis.

More than 200 objects have been assembled for this “Inventing the Modern World.” Here are a few highlights: