If Braddock Mayor John Fetterman is elected Pennsylvania Lieutenant Governor in November, he will have to leave the position he's held for more than a decade. 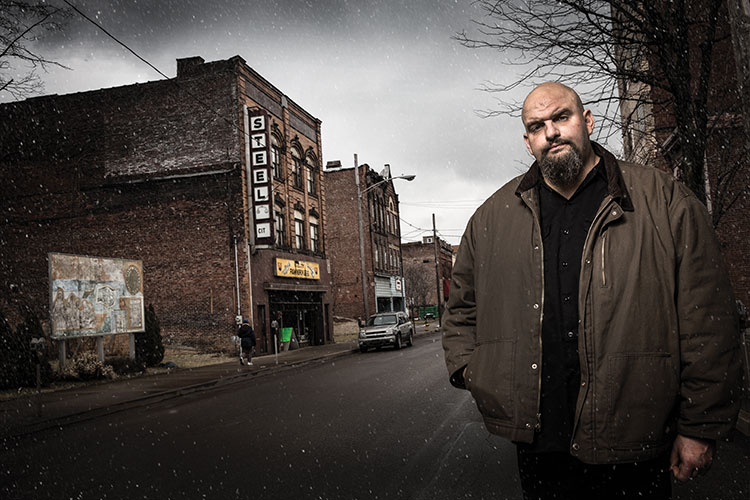 Braddock Mayor John Fetterman has held that title since 2005. The tattooed Harvard graduate received national media attention for years as he worked to revitalize the former steel town; he and his wife, Gisele, have become well-known for their passion toward the community.

If Fetterman is elected Pennsylvania’s Lieutenant Governor this month, on the ticket he shares with incumbent Gov. Tom Wolf, he says that won’t change. “We would still maintain Braddock as our home,” Fetterman says, noting he’s saddened at the thought of no longer holding the mayoral post. “I haven’t defined myself by any other term in so long. I forget what it was like.”

After his primary win, Fetterman was placed on the Democratic ticket alongside Wolf, who maintains his home in York County rather than living in the governor’s mansion in Harrisburg. Should Fetterman assume the post of Lieutenant Governor, Braddock council will appoint an interim mayor until the next election in 2019.

Among the rumored candidates is none other than the mayor’s wife, but Gisele Fetterman says: “Personally, politics has never been something I’ve looked for or thought of. I get enough of it being the spouse.” She adds: “But I do love my community, and I would do whatever I can to support my community in whatever way I would be asked to.”

Borough Council President Tina Doose notes the role of borough mayor is largely ceremonial in Pennsylvania; he or she is meant to be the voice and face of the town, but council runs the town, which is one reason she says she won’t be running for mayor.

“When John transitions, hopefully we’ll get someone else with a strong voice to speak about the things and the direction Braddock wants to take, but believe me, the work has not stopped,” she says.

Says Fetterman: “We have … a lot of good things happening in the community, and those are going to continue regardless of who my replacement is if I’m fortunate enough to be elected as Lieutenant Governor.” Wolf and Fetterman face Scott Wagner and Jeff Bartos in the Nov. 6 election.