The new documentary "Blood, Sweat and Beer" is a great way to kick off Pittsburgh Craft Beer Week. 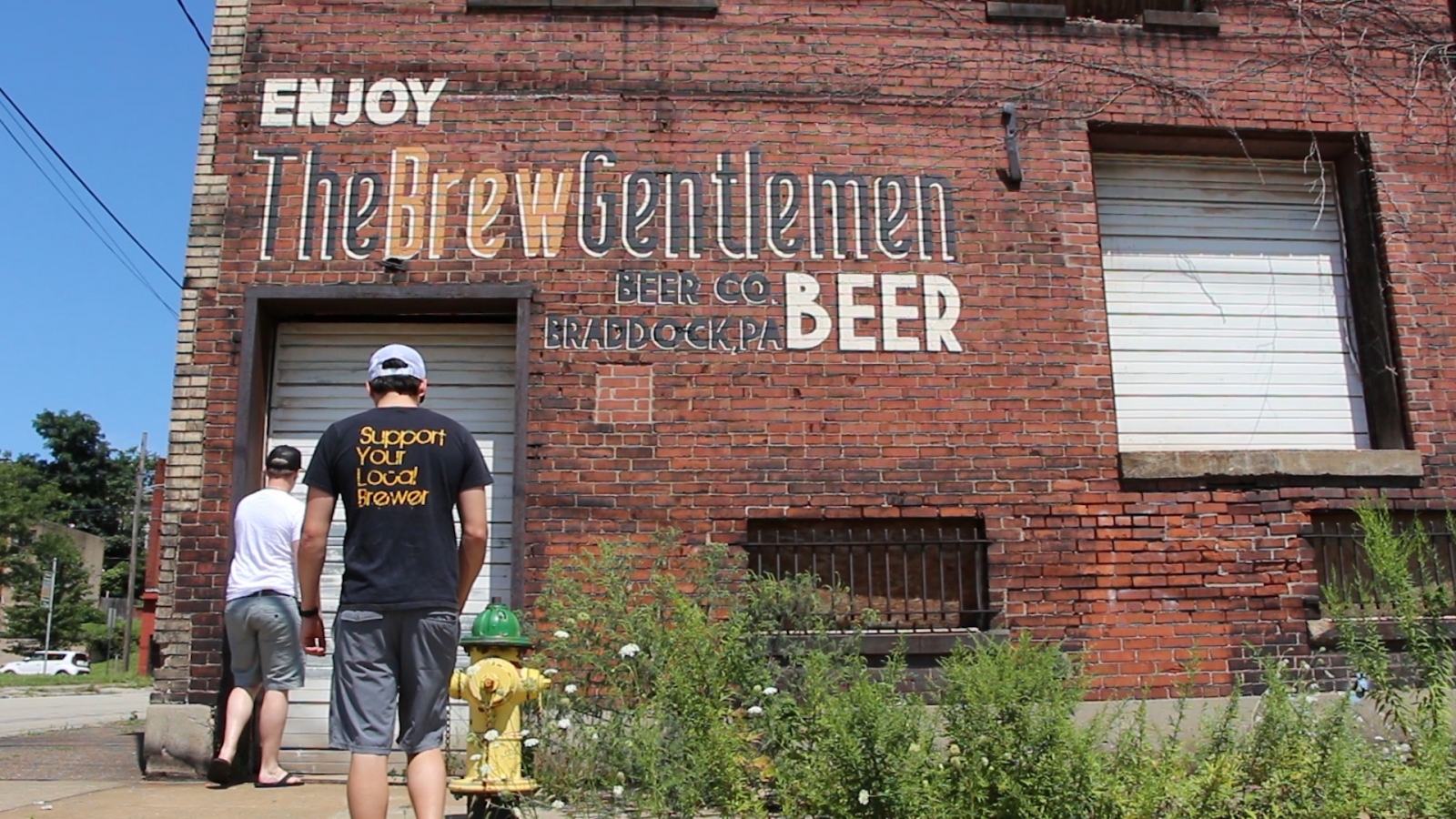 The scope of Pittsburgh Craft Beer Week has grown to a staggering degree. There are more than 30 events, from tastings to theatrical performances, scheduled for tomorrow alone. The festivities carry on through next Sunday, so if you have a beer in the next nine days, please do so at a PCBW event.

I’m particularly interested, though, in the first local screenings of “Blood, Sweat and Beer,” an independently made documentary on the craft-beer industry. For one thing, I love movies and beer. For another, the screenings will (of course) take place at Row House Cinema, the bar-none best place in Pittsburgh to get a brew with your film.

And most essentially for local brew lovers, the film — made by D.C.-based filmmakers Chip Hiden and Alexis Irvin — spends a good chunk of its running time in our neck of the woods. “Blood, Sweat and Beer” follows two breweries as its main subjects: Ocean City, Md.-based Backshore Brewing Company and Braddock’s own Brew Gentlemen Beer Company.

Brew Gentlemen is a familiar name to local aficionados, but seeing the owners’ story unfold on the screen is very compelling. Asa Foster and Matt Katase bid farewell to a Carnegie Mellon University education to launch The Brew Gentlemen; they were producing small batches of beer as early as 2010, but they didn’t open their doors in Braddock until May of last year. “Blood, Sweat and Beer” follows them as they fight and claw to create a brewery that can be a point of pride for the struggling community in spite of their relative inexperience and shaky financial situation.

Finances come into play for the film’s other subject as well: Backshore owner Danny Robinson faces a trademark lawsuit over the original name of his brewery. The film often pulls back from its subjects, though, taking a broader look at the craft-beer market as small brewers continue to steal customers away from giant beer corporations in spite of numerous growing pains.

If you can make it to the premiere event tomorrow night, you certainly should; in addition to the film, you’ll be treated to a tasting from The Brew Gentlemen and a conversation with the filmmakers. Keep an eye on the Row House schedule for additional showings throughout the week. (And while we’re talking movies and beer, Row House does have another PCBW event on tap: Monday, you can catch Richard Linklater’s classic “Dazed and Confused” and sample rare offerings from Lagunitas Brewing Company and tacos from next-door neighbor Smoke BBQ Taqueria.)

If I put on my critic’s hat for a moment, “Blood Sweat and Beer” is imperfect; there are some unanswered background questions, and at only 70 minutes, the film might have benefited from a third subject. But as a lover of beer, movies and local success stories, I can wholeheartedly recommend the film — both as an interesting look at a growing industry and yet another reason to cheer the growing Pittsburgh beer scene.

I mean, how crazy is this: In 2015, it’s not at all surprising that a movie about craft breweries would focus its camera on Pittsburgh. We’re making some good beer around here.