The indie publishing house was founded a year ago with the intent of telling tales that examine the human condition. 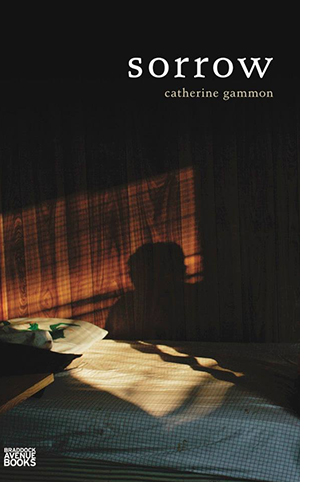 It’s being called a golden age of independent publishing: As major press companies such as Random House and Harper continue to merge and consolidate, they become more focused on finding the next blockbuster best-seller. Or they are content to simply print new books from known quantities with an established readership. Risk-aversion is the rule of the day.

For Robert Peluso and Jeffrey Condran, creators of Braddock Avenue Books, this situation is rife with opportunities. The small press has taken up the banner of serious writing by putting out “authentic literature from voices that are being excluded from major publishers,” Peluso says.

Braddock Avenue Books, which will host its one-year anniversary party next month, is on a mission to discover new writers and to shepherd their work into the hands of thoughtful readers worldwide. “There are a lot of exciting young writers out there,” says Peluso, “and they’re writing books that are sometimes eccentric or difficult but also very rewarding.”

The founders met at the University of Pittsburgh, where Condran took Peluso’s class on the modernist tradition. They established a rapport that grew into a decades-long friendship they describe as an ongoing conversation about the arts and literature.

Eventually, the casual notion of starting a press took shape and looked viable.

After much consideration, Peluso and Condran established Braddock Avenue Books in the UnSmoke Systems Artspace, a repurposed school building on the namesake street. The complex features an open gallery on the ground floor, and old classrooms are now used as artist studios and office space.

The duo says Braddock is the perfect place to turn their dream into a reality because they are excited about the community’s rebirth after profound losses; the history currently being made in this “phoenix rising from the ashes” is a point of pride for both men.

Throughout its first year in existence, Braddock Avenue Books has released four tomes — "Last Call in the City of Bridges" by Salvatore Pane and "Why We Never Talk About Sugar" by Aubrey Hirsch being the first two.

"Sorrow" by Catherine Gammon was released in August, and "The Heart of June" by Mason Radkoff made its debut last month; for reviews of those books, click here. Though the works differ, they all share the publisher’s vision of telling compelling stories that investigate the human condition. Each writer has a distinctive voice and a deep commitment to creating characters who feel real and true. This is a commitment that comes from the top down; Peluso and Condran work with their authors individually to develop the work, edit and even debate word choice. They describe the process as a genuine partnership with the writers, but also with the book designers and printers as well as the greater literary community of booksellers and readers. “The richness of these interactions never ceases to amaze me,” Condran says. “We all feel like we’re in it together.”

Time and again, authors published by Condran and Peluso praise the men for their boundless enthusiasm and attention to detail. As Mason Radkoff notes, “They are book lovers who have entered the publishing world for the right reason: They are passionate believers in the importance of literary fiction in our culture.”

In a society that embraces up-to-the-second gadgets and immediate gratification, printing these elegant books that require the reader’s time and thoughtfulness is an almost-revolutionary act. “It’s a way for readers to take back literature in a way,” says Condran. “The independent press allows people who care about books to publish and distribute them. We’re inspired by the success of other independents [such as] Graywolf, Soho and Counterpoint, who publish a wide variety of books.”

The work done at Braddock Avenue Books enacts Peluso’s belief that “art isn’t in a community; it is the community.” Condran and Peluso say they are passionate believers in the power of literature and its ability to show us to ourselves — something we seem to need now more than ever.

Looking back on their first year, Peluso says, “It’s been an amazing human experience, all in the name of producing art.”

This article appears in the December 2013 issue of Pittsburgh Magazine.
Categories: Things To Do