Where else but Pittsburgh would Anthrocon celebrate its 20th anniversary. 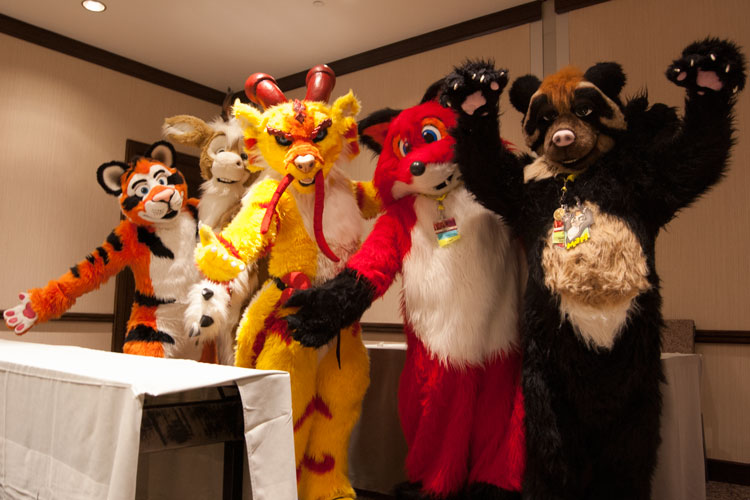 “Here people are creating their own characters and expressing themselves either through costuming writing or artistry and they’re bringing these brand new characters that no one has ever seen before to life,” director of Anthrocon operations, John King said. “To me that is a really amazing thing because it not only is self-expressive but it gives you a way to investigate and explore different kinds of options – if you want to be a writer, a comic book creator or an animator. Do I really want to go this direction or do I want to go that direction?”

Writers, musicians, artists, and fans will gather at the David Lawrence Convention Center this weekend in support of not just their furry friends, but the numerous outlets the Anthrocon has and supports.

Want to become a better fiction writer? Visit the “Writer’s Slam” portion of the convention. Itching to dance your furry tail off? Check out the karaoke or DJ’s Pepper Coyote and Foxamoore’s fur-spired dance parties. Think you’re the best Mario Kart player on the planet? Test your skills at one of the Mario Kart tournaments taking place this weekend. Want to go and support friends and local charities? Then just visit Anthrocon. Since its inception in 1997, Anthrocon has have raised over $240,000 for local charities (this year they will be donating to the Pittsburgh Zoo and PPG Aquarium). It is an “innate part of what we are” according to King.

Between the dances, the video game competitions, the writing workshops and even the guest panels everything at the Anthrocon is designed to teach the importance of individuals being themselves and finding their passions.

“One of the things that is really interesting about the furry fandom that is different from a lot of other what we would call ‘fan-base organizations’ – like sci-fi, anime or even steampunk – they build their culture around products that other people have already created and developed,” King added. “They write fan-fiction about things a Stephen Spielberg or a George Lucas have already done.”

Far too often the visitors at Anthrocon are misrepresented or misunderstood. They are more than just colorful costumes that can cost upwards of a few thousand dollars. The costumes are symbolic of individuals who may feel a bit introverted or feel a bit trapped in their daily routines. The outfits offer them an escape to a place free of restrictions, judgment – a destination where everyone can “let loose,” according to King.

Take the infamous “Furriest Walk Parade.” A parade that was started by the character Yappy Fox back 1997 at the very first convention in Albany. It wasn’t so much about having a parade, instead it was about getting everyone, even the vendors in the dealer’s room involved in the experience.

“[the vendors] Are pretty much stuck there all day. They don’t get to interact with the public that’s going on outside that room. And that’s where all the characters and fursuiters generally all hang out. So that first year we decided to take all the fursuiters into the dealer’s room so they could see all the fursuiters they really don’t get to see. So, we got in a big line and just tromped right on through the dealer’s room. And that effectively started the parade,” the character Yappy Fox said. “And now it has exploded to where we marching out in front of Pittsburgh.”

This year's Anthrocon celebrates its 20th anniversary with the “Roaring 20s” theme. The convention will be run through until Sunday. For more information on ticket prices and schedules visit their website.