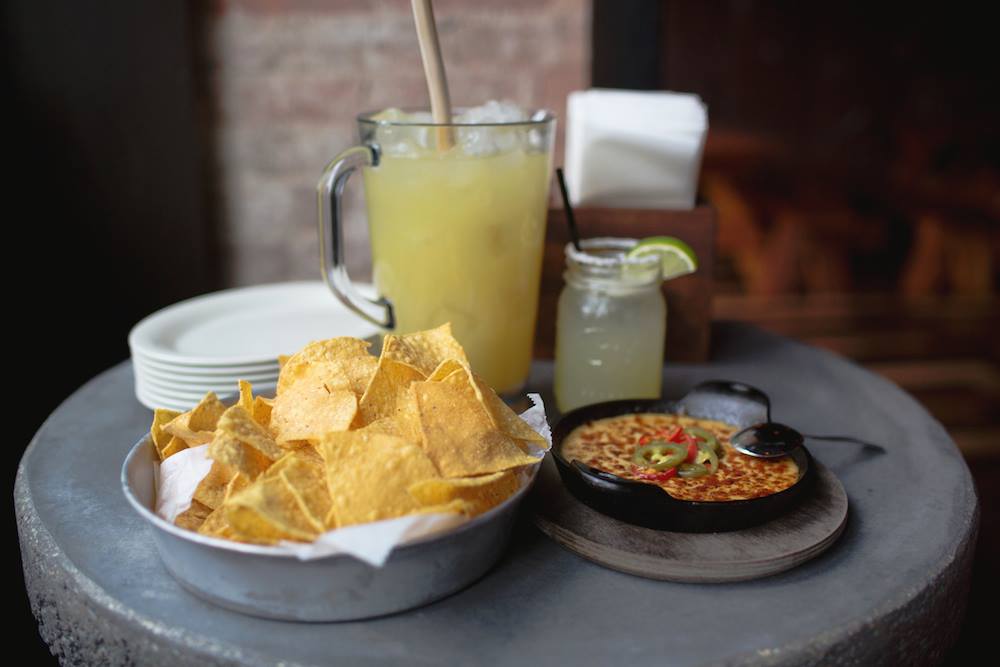 If one observes food trends almost exclusively via Facebook memes, we are living in the golden age of tacos. Every fourth post in the average newsfeed once concerned bacon — either a joke about it, recipe for it or devotional praise of it. Now, that spot is occupied by tacos. As a people, we are very, very into tacos.

There are fine bars that feature the ubiquitous taco all around town, from the suburbs (Mad Mex) to hipster central (Smoke BBQ Taqueria) to the Strip (Casa Reyna) to right downtown (täkō). And yet, despite my love for all of the aforementioned, I’m really into Bakersfield, the inviting tacos-and-spirits joint that opened last month on Penn Avenue at the edge of the Cultural District.

In short, I’m buying what they’re selling. Because the pitch is simple: Stop in for relatively inexpensive tacos and booze. This is a simple and efficient way to my heart. (And stomach, and wallet.)

To the drinks: Bakersfield, the sixth outpost of a small chain, focuses on tequila (with more than 100 to choose from) and American whiskey (mostly bourbon and rye). The sipper of either spirit will be thrilled with the selection, and the uninitiated can order the shot of the day for $3 (on my visit, it was Tres Agaves tequila; the daily selections tend towards the uncomplicated). Featured flights will set you back $15 (not bad at all), and for the shot-and-a-beer set, a glass boot of PBR is $3.

The choices do not stop there, however — there is a lot to drink at Bakersfield. The cocktail list is brief but pleasing; the Paloma I ordered was refreshing without being overly sweet. A craft beer selection on tap is respectable, though I would’ve liked to see more locals represented (only one choice from East End was available when I stopped in). And yes, there are giant margarita pitchers at Bakersfield as well.

I can’t praise the atmosphere highly enough; like its next-door neighbor Sienna Mercato, Bakersfield brings the outdoors in and invites you to linger. If you do, you’ll notice one of the best bar soundtracks in town. Classic country and modern alt-country provide a much-needed antidote from the watered-down, faux-cowboy stuff that inspires destructive tailgate sessions. Know someone who remains a country music skeptic? Take them to Bakersfield. It’s not exactly a vacation in Nashville, but it’ll open some minds.

As for the tacos: Yes, they’re great. Nine varieties (two of which are meatless) are available a la carte, all on housemade tortillas. The short rib is sublime, but all the choices I sampled were worthy of recommendation.

And because of the mix-and-match nature of the menu, there isn’t a single food item available that costs more than $9. Most of the tacos are $4. I hate to give away my entire order, but the price bears reporting: I had three tacos, a sizable appetizer, a cocktail and a tequila and spent about $30. That’s not just a good price downtown, that’s good anywhere.

I can think of few better happy-hour destinations downtown, and Bakersfield will definitely be among my first choices anytime I’m looking for drinks and snacks in the vicinity of the Golden Triangle. If there’s one drawback, it’s that Bakersfield could probably use some more space — once word gets out, it’s going to be hard to get in.

This article appears in the April 2016 issue of After Dark.
Categories: After Dark