Go inside the Zambelli fireworks factory in New Castle. 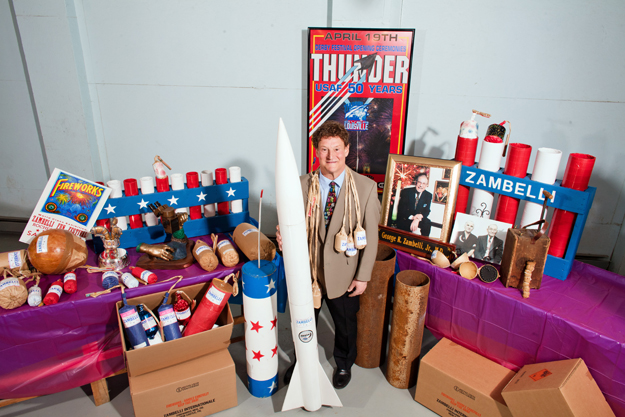 You’ll find three generations of the Zambelli family spread out among the company’s vast fireworks factory in New Castle: George Zambelli Jr., M.D., the current Chairman of the Board; his uncle, Lou, who, at age 86, is still putting together custom shells on a daily basis; and George Jr.’s sons, George III and Jared, who are getting ready to carry the family name into the 21st century. Patriarch Antonio Zambelli began working with pyrotechnics as a hobby in the 1800s; his sons took up the business shortly after World War II.

In 1955, the company orchestrated eight displays the week of July 4; by 2000, the number had risen to 800. Today, Zambelli Fireworks puts on more than 2,500 displays every year, from downtown Pittsburgh to Switzerland — and beyond.

This article appears in the May 2012 issue of Pittsburgh Magazine.
Categories: Community Feature, From the Magazine, Hot Reads